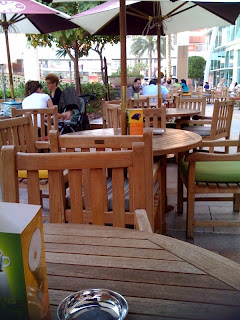 V.S.Naipaul has not had dinner. At least, not with you. You are among the people he meets to concretise his ideas about the place he is writing about. You are raw material, and he cannot possibly sit with both a cooked meal and raw meat. At the literal level, yes. But I find some of his recent thoughts on travel writing curious and, therefore, interesting to explore:


“I think it is best to go with an open mind and then allow the place and the people to cast their impression on you. You never get to know a place by staying in a hotel and meeting people for dinner. You need something more, a little more cement to turn it into a book.”

An open mind does not close if you sit and eat with someone. I shall ignore the fact that quite a few people had problems with his using them on his India travels; they drove him around and he misinterpreted what they said and what they observed. The reason I shall ignore it, although they are well-respected in their fields, is that the more important question here is his belief that a writer is shackled by circumstance.

A writer is more likely to be shackled by the need to go with an open mind. It conveys a pre-meditated thought. It is like going into the wild as an adventure, soaking in the sights and sounds, but keeping a lookout for the pug marks on the dirt roads or the stomp of the one-horned rhino. There are expectations. How do we have expectations? We are armed with some knowledge. It would probably get disproved during the course of the journey, but the template is already there.

He was right in implying that one should not read up about a place before going there. However, all his travelogues have been about something specific – the discoveries follow a pattern. Societies may follow certain standard mores and one can trace their cultural moorings, but what happens to the surprise that does not fall on your head but wraps itself round you like a gentle breeze? Do you recognise it at all or let it pass because it does not fit into your body, your material?

We are exposed to different perspectives well before we may know a place. Can I claim that I did not know anything about Pakistan before visiting it when it comes out of our ears and we are assaulted with images everyday? Even a casual tourist cannot plead ignorance, especially when the mainstream media has made battlefields sexy too. 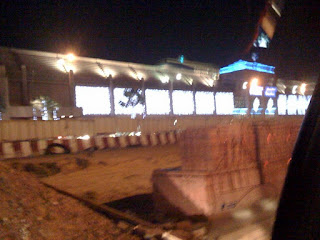 I also believe that the slumming travel writer business is over-rated, and one is not quite sure about the veracity of such claims. Unless you plan to write about a niche aspect, the idea of living ‘among real people’ is a bit studied. You are already predisposed towards them as ‘real’ as opposed to what you imagine would be unreal, given their situation. To soak in the atmosphere, you do not have to live there. If that were the case, then Danny Boyle and many Indian art-house film-makers and writers would not be the ones making films and writing books; such works would come from the slumdwellers.

A travelogue – and I use the word as a placeholder for travel into rather than to a place – is essentially a subjective perspective, like any other writing. A place, like people, grows on you and takes time to understand and trust and for you to be reciprocated with such sentiments. Or, you can get a gut sense within a few seconds, as in a glance across the table or a quesy feeling that creeps you out. It does not matter whether you are sitting in a cycle rickshaw or stepping into the granite lobby of a hotel. Oh, there is much to write about hotels – they often set the tone (and here is one such reminiscence). 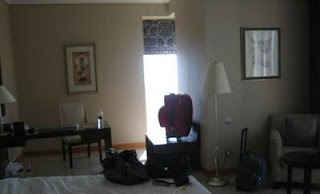 My experiences in the room in Peshawar helped capture so much of what I felt then and on hindsight served as an analogy of the decrepit, the fear and the fearlessness that is so much an integral part of the place. Or the time elsewhere when I was given a room that had a connecting door and was told no one was occupying the adjoining room. The first night I heard soft music, like someone humming and playing a string instrument. Too scared to call anyone, I dragged the sofa and pushed it against the door. The music sounded quite sonorous after that! It seemed as though an invisible being was serenading me.

This too is an experience. Naipaul has a strategy, and given the humongous amount of details he adds that do use research and history, this would only be a part of his writing:

“When I meet people and start talking to them, I don't take any notes. It is only after they have finished, that I bring it out and request them to go over all that they have said. This time, I write in a long hand (I have never been able to master the short hand) and I realise, they too take their time to share their thoughts, speaking almost as if in a long hand themselves.”

This might appear as superimposition of thought over thought. You are not catching the impulse and the pulse. Of course, for personality interviews or introspective ideas this is necessary, but not as repetition. Can one ask the beggar to repeat a story? Some of these tales are what you capture along the way. In fact, capturing would be wrong for then they lose their character; you feel them. It is tactile. You can taste those morsels much after they have been digested. Which is what makes the stories of others your own story ultimately.


- - -
“She probes with her curious mind the simplest of gestures and mannerisms and tells herself, more than the reader, of how it is to be an Indian visiting Pakistan”
This is Jaya Jaitly on my book, A Journey Interrupted. A couple of months ago, I was searching for a link to another review and found a snapshot of her review. Pleasantly surprised. The taste of those old morsels again. Her take is here.
By Farzana Versey at 7:37:00 pm