Trial and Terror of the Gujarat Riots Verdict 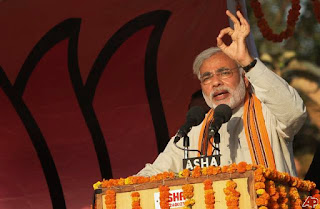 There are no victors here. From the circle of inquiries into the Gujarat riots what comes out is that there are too many straw martyr-heroes. And they are not the ones who have died.

The neo-shaheeds are those responsible for their deaths as well as those who have used the victims. I have been reading ridiculous ‘generous’ statements that this whole episode should be forgotten; it will be good for Muslims. The internet warriors and peaceniks have no business to talk on behalf of those who have suffered. By the same token, I would be wary of those who will use the shoulders of prominent petitioners to fire their agendas from.

How can there be any triumph when there is many a slip between the Special Investigations Team (SIT) cup and the Gujarat High Court lip? It is a case of good cop, bad cop and I think both are part of the same game plan.

The Supreme Court-appointed special investigation team (SIT) on Wednesday gave a clean chit to chief minister Narendra Modi on allegations of his involvement in the 2002 riots. In its final report submitted to the metropolitan court, the SIT has filed a closure summary against Modi and 62 others accused by Zakia Jafri, widow of slain Congress MP Ehsan Jafri.

The SC had asked SIT to probe Jafris allegation that the Gulbarg Society massacre in which 67 people were killed, was the result of a larger conspiracy. But the probe agency, headed by former CBI chief R K Raghavan, concluded it could not find any prosecutable evidence against the accused.

This effectively means that if the government was not involved, then someone else was. Why has that angle not been investigated? Will the Modi government and the honourable Supreme Court order a probe, for the report does mention that people were burnt alive? How did it happen? Or did it not happen? Did Gulberg Society just disappear? There has to be other “prosecutable evidence”. Whose job is it to find out – the victims, the NGOs or the intelligence agencies?

On what basis is the government gloating? This shows the utter lack of any ethics. I am not big on the politics of remorse and of demanding apologies, for it is the easy way out. However, will Narendra Modi even consider stepping down as chief minister?

I am appalled that anyone would find the High Court order an indictment of the Modi government. If you read between the lines, it is a wholly disruptive document that merely raps the CM on the knuckles and prophesises a worse scenario by the victims:

"Even if we for the sake of argument accept the defence of the State that the cause of riot was the general reaction from the incident of Sabarmati Express, the failure on part of the police intelligence to gather such general reaction (after the Godhra train burning incident) in time and to take appropriate timely action definitely come within expression 'negligence of the State'. Similarly, the fact remain that the anarchy continued unabated for days ... The state cannot shirk from its responsibilities."

I would like to know why the court is using a hypothetical line of reasoning. This gives the state the necessary ammunition to further play the aggrieved party. One has seen this pussy-footing even by so-called liberal commentators; it is as though they are trying to justify it in a roundabout way. Why were senior police officers transferred? Why is no one paying attention to the reports on the Godhra train burning U.C.Banerji report? Unless this aspect continues to loom over the head of the Gujarat riots, no conclusive action and indictment will be possible. The action-reaction theory will be replayed in every single forum from now on. 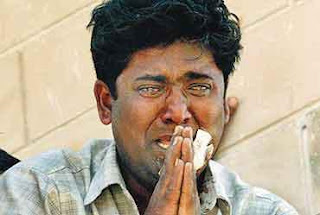 Why go that far. It is embedded in the High Court judgment itself.

"The policy of the state government taken in defence is one of evading the constitutional responsibility and will bring anarchy in the society, and thus, is detrimental to the establishment of the principles and the tenets of our Constitution.”

This sounds good. But, it puts the onus on the citizens that if the state government evades responsibility there will be anarchy. It implies that the people are an unruly lot who will go on a rampage, maybe even burn their own buildings, only because the establishment was fiddling and dithering.

There is also an undue emphasis on “destruction of more than 500 places of religious worship throughout the state belonging only to the one religious community". Does the court not know the name of that community? Can it not clearly state M-U-S-L-I-M?

Worse is to come:

“The court also said that the policy would give a wrong signal to the citizens that religious places should take up arms in their own hand because in the event of destruction of those places, no financial help would come from government."

This is disgusting, and it is being hailed as a great verdict? The court is not rapping the government but clearing the decks for it. It is saying that if the government does not shell out some loose change, then those blokes will get the guns and the bombs and let loose terror.

There is much forked-tongue talk:


"It will also encourage the religious bigots to destroy religious and other places of worship of the economically weaker section for the purpose of establishing their superiority over the others.”

Now the tone becomes sadistic. It assumes that there is a superior narrative. That is the reason I have maintained time and again that we must not make Modi into another Hitler; it just buffers the idea of protecting a superior race. We know who the economically weaker section is here. But economics is one step of proving other kinds of dominance, of ancestry and heritage, and the baggage of alignment by default with colonisers.

The NGO attitude is superficial:


“This judgement surely comes as a relief to the victims, survivors and for those fighting for justice and for those who cherish the secular fabric and the diversity of our country and wish to preserve it."

In the next few days, we will have a whole gallery of them. For now, Narendra Modi – the perennial hero, even when villain. The court – for acting as stern school master passing on a toffee as reward. The SIT – for apparently not falling for the bait. Activists – for believing that ‘justice has prevailed’ but leaving enough room for gathering more moss. Zakia Jafri –for standing tenaciously and fighting the system. Unfortunately, she is being made a hero because people supporting her only like to fight the heroic war.

This war was lost when the riots took place. Every fight after that is just a skirmish to cover the debris.

Also from the archives: