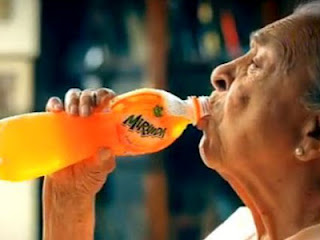 In the quiver of her voice, the past gently blows in the wind.

I have never met her. She is frozen expressions on celluloid, each an ice cube of a slightly different shape. Her eyes and mouth veered between those of a sorceress and a genial grandma. I will not list out her achievements, but my reactions to her. And I have to be honest: Zohra Sehgal was an entertainer, but her acting repertoire was limited in the period I was exposed to her work. She has tried many professions in the entertainment world. It is her ability to articulate thoughts about them that stood out as an almanac.

I recall her vulnerability when she spoke about how she paled in comparison with her sister in looks. I recall the mischievousness when she spoke about Uday Shankar, whose ballet troupe she had joined, and said she thought he did not have ‘it’ because of the costumes he wore. And I recall her voice as though coming from a distant tunnel, sentences elongated to make the most mundane observation seem like an event.

In many ways, she is like Charlie Chaplin. However many times he falls, or twirls the cane, or turns his face, to give a lopsided smile, your heart melts. He is pantomime and parody, but it has method. Of course, as director and writer, his films are classics. As actor, he deliberately used limited ‘props’ in his person; a tramp does not need much.

Zohra Sehgal, whether by design or not, uses these limitations. You know from the minute she enters the frame what she will do. It is like comfort food that you look forward to. Even in films crowded with stars and garish décor, she takes you aside. In fact, I’d say that she is an aside – the pickle in a meal, the dew on grass. There was no way one could miss her.

There are times she acts as a link between generations, between spaces, between ideas, like a sutradhar, the perennial story-teller who weaves the chains together. Her characters were liberal even in the most conservative environment. I cannot think of her doing a Lalita Pawar, the evil mother-in-law, or a Nirupa Roy, the weepy mother always looking for lost sons. I cannot see her as anything but herself. She is the character. Sometimes, you don’t even remember her name or whether she is given any, unless it is those British serials or international cinema. She is not mainstream or art-house.

She just is. Like coming home to grandma. You know it won’t be any different from a past experience, but you would not miss it for anything. And one thing: Zohra Sehgal has never made me cry.

But today, as I write this without thinking of anything except what I can remember of her, my eyes are moist. To rejoice in a hundred seas compressed in one drop of tear for a lady who flows like water…