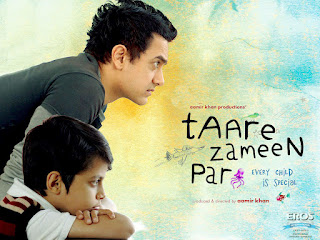 Have you gone sky diving? Have you gone mountain trekking? No? You have all your limbs, your senses intact? Yes? Yet? Look at these people. They cannot walk. They cannot see. But they’ve done it. This is positive attitude.

I was left marvelling at the opening scenes of SatyamevJayate (June 10). Let me assure you that I do not start watching the show with the intention of rubbishing it. In fact, this particular one was the most assured of the lot until now and dealt with disability in a fairly pragmatic manner. If there were sentimental moments, they were justified. Yet, having said that and I mean to commend it, there were a few points that would not register immediately, but these things have a subliminal effect.

Flashback 2007. This is what happened and reported by me:

It is disturbing to see Aamir Khan and Amitabh Bachchan battling it out about the sensitivities of such cellulouid portrayal. Both are smart businessmen, and Aamir has a film based on an autistic children due for release (‘Taare Zameen Par’), his first directorial venture. It is disgusting to rake this issue up now only to tell us that he is sensitive. And just in case they don’t know most people with disabilities are treated in a horrible manner.

Here is what the two actors have to say about the film, ‘Black’…

Independence and confidence are often acquired, and not everyone has the luxury to afford the trappings of these. How many middle-class parents can stick their necks out and fight the system to get their children to study in regular schools? While it is important, do they always become mainstream? I had a classmate in school who suffered from polio and wore heavy braces on her leg. She got good grades, but her disability stood out. Forget the obvious ones, even if a student is slow or has some minor tic, it is noticed and ridiculed. Children are cruel. Besides, why is it assumed that special schools will not make these people independent?

The host addressed the school principals in the audience and the general impression was that parents of other students did not like the idea of their children studying with kids with disability. One of them said it was they who suffered from mental disability. Does anyone realise the crassness of the use of such a phrase, when mental disability is a huge problem too?

I happen to know one of the people who was on the show and spoke about being treated like anyone else, but he used to be pretty much part of the ‘blind’ groups, and that is how I met him. Ketan Kothari also brought up the issue of portrayal of the blind in Bollywood – they are either beggars or musicians. I have not seen too many of the latter, although Ravindra Jain, a music director, happens to be blind. As regards beggars, we know that many are made blind. We do not see officers in films because there aren’t many in real life.

There was the token office that had a huge number of disabled people and it was a success. Why the emphasis on success? How many ‘normally abled’ people make a success of their lives? How many of us can sky dive or go mountain trekking? How many get into universities abroad?

I agree that in India public transport and buildings are not user friendly; there are no ramps and railings. This point was well-delineated and it came through loud and clear. This is probably the most important need, including traffic signals for the visually-impaired.

And now I come to Nisha. She suffers from a disease where her skin is so tight it has to stretch to accommodate more bone than flesh; there are sores. She has been adopted and a video showed her and her parents. The mother mentioned an incident when they were in a mall and a woman came up to her and said, “Why do you bring a child looking like this out?” and spat on her. Later, as she wiped the girl’s face and said sorry, Nisha replied, “Why are you sorry? I have not done anything wrong, she did.” It was a wise statement.

We had seen her in the videos laughing and talking. She was in the studio. The host invited her and sat with her on the steps and held her. For me, this was cringing. If she had to be called, then she should have been made to sit across from him like the others and been asked a few questions. Why was she made into a showpiece for a few brief moments?


- - -
It is an area difficult to negotiate. Let me share my own experience to convey that. 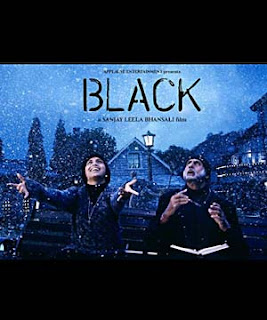 “Ma’am we cannot see, but we can hear.” His words hit me. The mike was too loud, the room too small. I was to teach a group of visually-impaired students language skills at the National Association for the Blind.

I had never taught anyone before. These were graduates and post-graduates. There was one spunky guy who wanted to know about my qualifications. I hesitated. Between vanity and vulnerability, I felt naked and they could not even see my bare skin. Slowly, I took out the book and we began to learn. Yes, we. I was learning every minute. First it was to throw out the mike and let my voice fall and dip.

Many of them were from small towns and despite their education they would land up with jobs as telephone operators or work that did not do justice to their talent or knowledge. I felt no pity, just a deep sense of having too much for too little. It struck me like a whiplash when I was enunciating words in what is considered a cosmopolitan accent without any regional traces. One of the young men said, “What is the use? We will not be moving in society with people like you.”

I did not want to be people like me. I went home and started blindfolding myself in a ridiculous attempt at empathy and understanding. How would the occasional fall make me comprehend the immensity of their everyday falls? And did they fall at all? Had they not become accomplished at sniffing the roads and barricades?

They would smell me. I made it a point to wear the same fragrance everyday so that they knew when I entered the room. “Good afternoon!” would greet me from a distance and I’d want to go and embrace them. Not because I felt sorry but because many sighted people look through you even when you are at close range.

I recall touching the hand of the girl sitting across. She was painfully shy and awkward, less about her lack of sight and more due to her inability to communicate. She cringed as though a piece of glass had poked into her flesh. My instinct was to withdraw my hand, but I let it stay. I told her that I was so shy that there were times I’d lock myself in the room. She shook her head and then laughed. During the break she would stand in the balcony, a breeze blowing through her hair and I could see her smile her unsighted smile where you try and gather things through ears, nose, mouth, palms. I let her lose herself in those moments of nothingness that were everything.

Once, during a demonstration on White Cane Day, I had joined the group. A local politician had asked some of us to come along to Jogger’s park. It was around 8 pm and dark. While the rest of the lot were huddled in conversation, Arpan Singh and I decided to take a stroll on the mud-track. I was wearing heels so I had to tread carefully. To Arpan all walking places were the same, and darkness and light made no difference.

Suddenly, he stretched out his arm and touched a leaf. “There is so much greenery here,” he said. In the dark I, the sighted, could not see any greens. “It is wet,” his voice trailed off as he ran his hands over the foliage. We reached the low wall and sat for a while. He was swaying gently as one would to the music of the swelling tides as he inhaled the scent of flowers of the night. I did not wish to interrupt his reverie, but when his face broke into a grin I told him that the waves and scent were indeed overpowering and soothing.

“No,” he said. “I have been thinking about those wet leaves.”

The touch of night-dew had not left him.