Media, tell us what the courts say about your role in 26/11 attacks 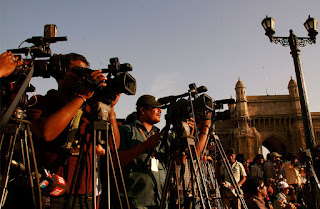 There is silence. The other ‘culprits’ do not wish to discuss that. Ajmal Kasab to hang has spun many stories, many kangaroo court verdicts aside from the Supreme Court one. But there are no TV debates on what the SC said about the role of the electronic media. It is a scathing indictment that states, among several other things in a section titled ‘Role of the Media’ (all other relevant portions will follow):

403. Apart from the transcripts, we can take judicial notice of the fact that the terrorists attacks at all the places, in the goriest details, were shown live on the Indian TV from beginning to end almost non-stop. All the channels were competing with each other in showing the latest developments on a minute to minute basis, including the positions and the movements of the security forces engaged in flushing out the terrorists. The reckless coverage of the terrorist attack by the channels thus gave rise to a situation where on the one hand the terrorists were completely hidden from the security forces and they had no means to know their exact position or even the kind of firearms and explosives they possessed and on the other hand the positions of the security forces, their weapons and all their operational movements were being watched by the collaborators across the border on TV screens and being communicated to the terrorists.

Therefore, should it be talking about ethics and censorship?

405. Any attempt to justify the conduct of the TV channels by citing the right to freedom of speech and expression would be totally wrong and unacceptable in such a situation. The freedom of expression, like all other freedoms under Article 19, is subject to reasonable restrictions. An action tending to violate another person’s right to life guaranteed under Article 21 or putting the national security in jeopardy can never be justified by taking the plea of freedom of speech and expression. 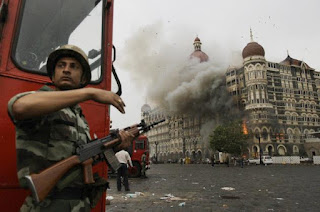 It is surprising that B.Raman, an authority and one-time insider of the intelligence agency, should dismiss this in a Rediff piece with:

These observations have been made as Obiter. The legal dictionary defines an obiter as 'Words of an opinion entirely unnecessary for the decision of the case. A remark made or opinion expressed by a judge in a decision upon a cause, 'by the way'…Thus, the observations made by the court are not a pronouncement of a judgement or legal determination on the possible responsibility of the media. Those are the passing observations made by the court during its review of some visual/audio recordings seen by it while examining Kasab's appeal against the death sentence.

The judgment does mention Obiter, but the contents are damning enough for the media to introspect and make public this aspect too, as they do with other legal and non-legal issues.

I will reproduce a segment from the piece I wrote after the Justice Tahaliyani judgement in 2010:


On the day of the verdict, a large advertisement with a red background gave the summons to an audience to watch the "non-stop live coverage” of the Kasab court conviction. The media’s role in making this the ‘biggest terrorist attack’ has to be taken into account.
That Kasab would be convicted was a foregone conclusion. That he will keep two nations on edge is also known. That it will feed a media frenzy that has been going on since November 26, 2008, is the story that will not be told, because the storytellers are the ones who need to be made answerable. 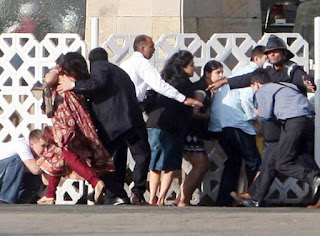 Why was the media not held culpable when reports during the attack clearly mentioned that Kasab’s leaders were monitoring the whole action on television? “Fauj aa rahi hai, dekhte raho... cover karo...” referring to the arrival of commandos. These guys who kept up a battle for 60 hours had to be given a blow-by- blow account by their bosses about the arrival of commandos? It begs the question – who did they think the gun-battles were with?
The electronic media had wanted to transform themselves into heroes, not realising that they were exposing the citizens to further damage. No TV channel had captured an image of Kasab. They merely replayed the same pictures, making it seem as though there was new fire, another gunshot at the landmark hotel site which they had converted into a war zone.
Even worse has been the insensitivity that they managed to camouflage with superficial concern. One channel had declared last year to be the year of the Liberal Muslim.
They need a totem and they found it in the youngest witness. Here is one report:

‘Ajmal Kasab and his cohorts may have shaken almost the entire city during those dark days at the end of November in 2008, but a young girl held her nerve and nailed him in court six months later when she identified him as one of the CST attackers. “Kasab should be hanged. When I identified him and narrated the incident to the court, Kasab didn’t dare look at me. I do not fear anything and will stand with the prosecution till Kasab is punished,’’ said the girl, who is now 11 years old. “You can click my photo and show my face in the paper. I don’t fear anyone”.’

This sort of soap opera bravado merely makes her a pawn in the larger game. There is no excuse for what happened, and nothing can take away from the girl’s suffering. She was a victim. Now she is being victimised in other ways.
In the run-up to the day of judgement she said, “I do not want people to become a victim of terror. I will join an English-medium school, study hard and get into the police force. I want to end terrorism and hatred. I want peace everywhere.” I wonder who her handlers are.
It is unlikely that Kasab will be hanged. This will give an opportunity for those who had never seen blood to come forward to seek justice. The 26/11 industry is a flourishing business. We had the case of the NRI who even went on to get an award for bravery by lying about his role in saving people. He managed to collect funds for rehabilitating victims when all he and a few others had done was managed to scale down the windows of the Taj Mahal Hotel.
Such has become the face of terrorism as understood by the urban elite and consolidated by a shameless media.
- - -

The following are extracts from the SC report on Role of the media:

402. Before parting with the transcripts, we feel compelled to say a few words about the way the terrorist attacks on Taj Hotel, Hotel Oberoi and Nariman House were covered by the mainstream, electronic media and shown live on the TV screen. From the transcripts, especially those from Taj Hotel and Nariman House, it is evident that the terrorists who were entrenched at those places and more than them, their collaborators across the border were watching the full show on TV. In the transcripts there are many references to the media reports and the visuals being shown on the TV screen. The collaborators sitting in their hideouts across the border came to know about the appellant being caught alive from Indian TV: they came to know about the killing of high ranking police officers also from Indian TV. At one place in the transcript, the collaborators and the terrorists appear to be making fun of the speculative report in the media that the person whose dead body was found in Kuber was the leader of the terrorist group whom his colleagues had killed for some reason before leaving the boat 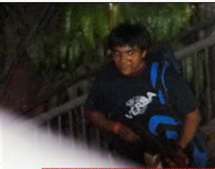 57. At yet another place the terrorists at Hotel Taj tell the collaborators that they had thrown a grenade. The Collaborators reply, “the sound of the grenade has come, they have shown the grenade, the explosion has taken place, people are wounded”

58. At yet another place the collaborators tell the terrorists at Hotel Oberoi that the troops were making their position very strong on the roof of the building

59. At yet another place the collaborators tell the terrorists at Taj Hotel the exact position taken by the policemen (close to a building that belonged to the navy but was given to the civilians) and from where they were taking aim and firing at them (the terrorists) and advised them the best position for them to hit back at those policemen.

60 There are countless such instances to show that the collaborators were watching practically every movement of the security forces that were trying to tackle the terrorists under relentless gun fire and throwing of grenades from their end.

404. In these appeals, it is not possible to find out whether the security forces actually suffered any casualty or injuries on account of the way their operations were being displayed on the TV screen. But it is beyond doubt that the way their operations were freely shown made the task of the security forces not only exceedingly difficult but also dangerous and risky.

406. The shots and visuals that were shown live by the TV channels could have also been shown after all the terrorists were neutralized and the security operations were over. But, in that case the TV programmes would not have had the same shrill, scintillating and chilling effect and would not have shot up the TRP ratings of the channels. It must, therefore, be held that by covering live the terrorists attack on Mumbai in the way it was done, the Indian TV channels were not serving any national interest or social cause. On the contrary they were acting in their own commercial interests putting the national security in jeopardy.

407. It is in such extreme cases that the credibility of an institution is tested. The coverage of the Mumbai terror attack by the mainstream electronic media has done much harm to the argument that any regulatory mechanism for the media must only come from within.