The Politics of Hanging Kasab

A Final Goodbye to 26/11?
The Politics of Hanging Kasab
by Farzana Versey
Counterpunch, November 22

They dug a pit right there and buried him. They wanted no trouble. When people in charge of running a nation get worried about a terrorist who has been in their custody for four years and was on death row, it is time to pause.

The Government of India, in a quiet operation, hanged 25-year-old Ajmal Kasab at 7.30 am in Yerwada jail, Pune, on Wednesday, November 21, and interred him in the ground beneath.

Operation Code X is being hailed as a neat surgical act. What were the Indian government’s fears that it sneaked him out at the dead of night from Mumbai? Pakistan is in denial about their man. Other terrorist groups that did not offer him any assistance are heralding him as a hero for their own benefit, like Pakistan’s Taliban that has threatened, “If they don’t return his body to us or his family we will capture Indians and will not return their bodies.” This is for the benefit of the Pakistan government. The failure of Indian intelligence agencies transformed Kasab into a cult figure of hate.

He could not be just another dead man, so his last words, “Allah kasam maaf karna aisi galati dobara nahi hogi” (I swear on god, forgive me, this mistake will not be committed again) are being played out in a loop. References to his penance have taken precedence. Now that the crime has been punished, it is time to look at the hereafter. Will he go to heaven and get those 72 virgins as promised to shaheeds? No one seems to realise that the crucial aspect of any fidayeen operation is to aspire to martyrdom, Kasab showed no signs of it. He was not overtly religious or patriotic. It makes holes in the quilted mindset.

People forget to pose a pertinent query: Is Home Minister Sushil Kumar Shinde being honest when he says that neither Prime Minister Manmohan Singh nor Congress Party president Sonia Gandhi was aware of the date and venue of the hanging and got to know about it on TV? This is pretty much how the handlers of the attack got to know what was happening – they too watched it on TV and accordingly updated their boys.

The message is shrewd. Create the impression that ministries function independently, and clear the stacks for Indo-Pak placebo dialogues at the top level.

Who did they owe this obligation to and what was the urgency?

On Sunday November 18, a crowd of two million converged to bid farewell to a man who symbolised the dark face of Mumbai. For them, he was the godfather-messiah. His message, pared to the bones, was simple: Lay off.

The whole country watched stupefied and not with a little awe at this kind of tribute. More than anyone else, it was the opposing parties and politicians of other hues who envied the last rites of Shiv Sena chief Bal Thackeray. The rightwing could well swell up its ranks. It might be difficult for those who like quick-fix analyses to accept that many in the crowd truly believed in him. Many of those who were not present also believed in him. For, he played on their baser instincts, reflected their prejudices. India is today a parochially partitioned nation held together with the adhesive of pluralistic tolerance.

The more sophisticated politicians would have noted this support. Despite his appeal to the rustic and lumpen classes, Thackeray was as much Mumbai as the Gateway of India and the Taj Hotel. The latter would have been in the news in a few days for another anniversary of the November 26, 2008 attacks.

What could be better than to stem the popularity the Shiv Sena leader managed to convey in those televised moments as the funeral pyre burned than to regurgitate the other televised memories of the fire in a five-star hotel?

This was the winning round for the Congress Party. It did not kill one man, and it most certainly did not kill terrorism with it. But it did kill the possibility of some rightwing groups getting ahead. It will keep people quiet, while effectively diverting their attention from the big funeral. Kasab was a pawn of Pakistan; he became a pawn of India.


People are dancing in the streets. The “Hang him” chant has ended. However, is this victory? It is a win for certain political parties, but India has lost. It merely snuffed out what Pakistan did not want, anyway. This is justice painted-over.

On November 5, 2012, the President rejected Kasab's mercy petition. 16 days later, he was hanged to death. Ujjwal Nikam, the public prosecutor, known for using Bollywood terminology and referring to Kasab as “enemy number one”, said, “In my reckoning, this is the fastest hanging in the history of terrorist acts.” He added, “By Kasab's conviction and death penalty, we have proved how the entire conspiracy was hatched in Pakistan. We have set an example that India will not tolerate such attacks and the accused will be brought to justice.”

The terror attacks did not stop. Bomb blasts took place in several cities in these four years by different groups. As jihadis none of the attackers of 26/11 took their own lives, and it was not as though their lives were precious. They were sent on an errand. Kasab asked for a Pakistani lawyer. He wanted his case to be tried in an international court. Nothing happened.

He first saw his death sentence upheld via video conferencing during the High Court hearings.

“All murders (committed by Ajmal Kasab along with his slain buddy partner Abu Ismail) display extreme brutality and cruelty. The murders were committed in an extremely brutal grotesque, diabolical, revolting or dastardly manner so as to arouse extreme indignation of the community. Innocent people are mercilessly killed by Kasab with use of AK-47 rifles and explosives.”

One phrase needs to be explained. What does “arouse extreme indignation of the community” mean when he was accused of waging war against India? What community was referred to here? The city? What part/s of it? Groups? This was carelessly worded and seemed to fall in line with the elite’s passing fancy.

The Home Minister at the time, P Chidambaram, had said:  “It is the victory of the Indian legal system. It shows that the legal system should be left to take its own course.” How did it qualify as a victory when the prosecution was found wanting in the other two cases, that eventually led to acquittal for lack of evidence? Isn’t the prosecution part of the legal system? Kasab’s lawyers approached the Supreme Court. Had the Supreme Court not upheld the verdict and he was granted clemency, would it denude the efficacy of the highest court and the Indian legal system?

There was talk about threats to Kasab’s life. No proof was ever given or indicated. This was extremely convenient at the time, for if he did get bumped off by the underworld, there would be no nerve-wracking over the hard questions, not only to Pakistan, but about our own Intelligence agencies and security.

In the rush to celebrate, there has hardly been any introspection about the manner in which the operation was planned and how ten men managed to enter the country in a boat. After the Anti-Terrorism Squad chief Hemant Karkare was killed, there were doubts about something as basic as the quality of bullet-proof vests. Col (Retd) M P Choudhary, a veteran of Operation Bluestar, who later trained Mumbai Police commandos, had said, “This jacket is unlikely to have a trauma pack to absorb the power of the bullet and in that case the ribs of the man wearing it would be shattered by the impact and the shock would kill him.”

A senior police officer was quoted as saying then, “When Mumbai Police issued a tender for the jackets in December 2001, gangsters were on our mind.” Gangsters have access to the best weapons. In fact, they sell them to terrorists. Also, does one assume that while militants were infiltrating India the Mumbai cops were supposed to believe that nothing would ever happen? We have had riots, we have had bomb blasts.

The attitude has been so callous and must be emphasised, for hanging one man does not mean anything. 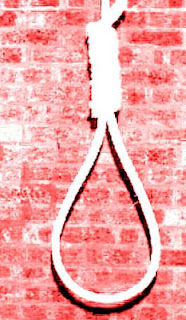 It is naïve to even imagine that Pakistan would accept Kasab’s dead body. It did not do so for the other nine who died in the police cross-fire. The Pakistani authorities could not have wanted a better end than an Indian burial. If Kasab alive gave them an opportunity to obfuscate and even let the reported mastermind Hafiz Saeed roam free, then Kasab dead could well terminate their agony. The law seeks evidence for acts of violence, not thoughts of violence.

What are the other possible aspects, besides the Indian party in power politically sidelining the Opposition?

It is unlikely that November 26, 2008, will be laid to rest. Kasab had no last wish, but for many factions he could be their last hope.

While Pakistani does not want anything to do with those involved in the attacks, its leaders have talked with India about getting justice. This works well for all, including activists who are not in denial about the criminals and terrorists from their country. But, would any of these groups have come forward to claim Kasab’s body on behalf of their country or on humanitarian grounds? Taking responsibility and not merely holding dialogues with like-minded people is a more concrete manifestation of peace initiative.

Ajmal Kasab in the end, with no country, seems to be a global citizen. It only proves that terrorism has no borders. Those fighting it, however, draw lines and fences.