On March 21, 20 years after the Mumbai blasts, the Supreme Court pronounced its verdict: Yakub Memon sentenced to death; commuted in the case of 10 others; actor Sanjay Dutt gets five years in prison. An anti-terror court had in 1993 awarded death sentence to 12 people, including Memon. Dutt had been sentenced to six years jail term for illegal possession of a 9mm pistol and an AK-56 and had spent 16 months in jail after his arrest in 1993. He was, however, acquitted of the stringent charges under TADA.


Those were the days of TADA, Terrorist and Disruptive Activities (Prevention) Act, the horrific provision that transformed every suspect into a terrorist. It made the prevalent context of ‘innocent until proven guilty’ redundant. It gave more powers to the police, without any responsibility.

And today as the courts pronounced the verdict, a man who in fact assisted in nailing the real culprits is to be hanged to death and one with a pistol and an AK-56 goes back to jail. If Yakub Memon had not mentioned Pakistan, our intelligence agencies would be going on their regular spins to Dubai.

Advocate Ujjwal Nikam said that the death sentence for Yakub Memon would send a strong message to Pakistan about the consequences of hiding Dawood Ibrahim and Tiger Memon. He is either an optimistic or a deluded man. He said something similar when Ajmal Kasab was hanged. And things have got no better. Worse, seven years ago he had stated that if Sanjay Dutt had informed the police then the blasts would not have taken place because he “knew that the three AK56 rifles he received from Samir Hingora, Ibrahim Mussa and Abu Salem on Jan 16, 1993, were part of a consignment meant for terrorist acts.”
Three guns were going to cause blasts across the city? And what was the huge consignment in Shiv Sena MLA the late Madhukar Sarpotdar’s house for during the riots that preceded the blasts?

In what is an extremely ironic situation, Sanjay Dutt played the role of a tragic gangster in Vaastav, a film produced by Chhota Rajan. Rajan was the second most important man in D-Company, helmed by Dawood Ibrahim, who was responsible for the 1993 Mumbai blasts. This film was made later. By then, Rajan had split from Dawood because he discovered his patriotism for India, a country he does not live in. He continues to conduct his underworld operations mainly from Bangkok, quite conveniently managing illegal activities in his home country.

Dark comedy aside, the verdict is abuse of law. While Yakub Memon and Sanjay Dutt will be seen as the pivots, we need to take a look at how the process of justice in this case took place.

In 2009, four of the accused were ordered to spend 50 years in prison or until they turned 65, whichever was earlier.

Let us look at their crimes carefully. After the Bombay riots, in March there were bomb blasts in several parts of the city organised by the underworld. These four men were a mofussil part of the operations. They already served over 17 years in jail after they were arrested under TADA.

This is what they have been accused of doing:

These were prompt arrests. At least three of the accused can be said to have merely assisted in the process of organising, and the fourth threw grenades at the fisherman’s colony. There is no mention of how many deaths that caused.

We have had a long incubation period on the riots report by Justice Liberhan. Where are the accused in that and what is the status of their arrests? There is rarely any talk about the riots; there is no loss of property “worth Rs 27 crore” and therefore useless to an economically-varnished India.

If we want fairplay, then play fair. During the riots cops were assisting in the process and shooting at random, shooting innocents only because they knew who stayed there. And what about the goon ministers who possessed arms? What about recruiting kar sevaks? How do you think people died during the riots – out of fear or did they commit suicide?

The CBI has got traces and footprints everywhere, but it chooses packers and movers to pick on. Had they not got a sentence at all, it would be different, but they have served the term. Incidentally, if TADA is defunct, should not these guys be tried all over again under the new law?

The problem is that we have two sets of justices operating always, whether it is on grounds of religion, caste, class, or fame. 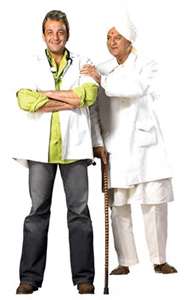 For web-waves, Sanjay Dutt has become the face of ‘justice prevailing over celebrity’, quite forgetting that they are lapping up this case because of his celebrity. To suggest that he will be let off or this is what he gets for hobnobbing with terrorists is such a limited view, when the police force has relied on the underworld for their ‘encounter’ killings.

Besides, his father Sunil Dutt was a Congress MLA, and a socially-conscientious person; that did not get his son freedom. In fact, Bal Thackeray had famously said then that Sanjay was a “good boy”.  Yet, there were different standards for the riots’ cases. The Sena’s Madhukar Sarpotdar did not possess one AK-47, but several arms. And if any of you had visited those areas you would know what devastation was caused by the way he incited not only the public and his henchmen, but also the police. What sentence were those MLAs awarded?

In 2007,  the special TADA court Judge P D Kode had made some bizarre remarks in his judgement. Here are a few:

* Kode also observed it was an "eminently dangerous act" as the weapon possessed by Dutt was capable of mass destruction though the accused had not used the weapons.

* Dutt acquired the weapons to "protect" his family in the aftermath of sectarian violence that erupted in Mumbai following the demolition of the Babri mosque in late 1992.

* Kode said the character of the accused is very important while considering if they deserved relief under the POA (Probation of Offenders) Act. He pointed out that apart from possessing the weapons, Dutt was a close acquaintance of Anees Ibrahim and attended a party hosted by Dawood Ibrahim in Dubai. 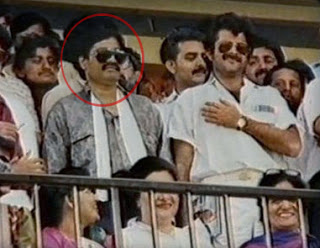 One has to only go through the archives of newspapers and TV news in good old national Doordarshan to know who enjoyed his hospitality.

As regards guns, the poor in the bastis could not get weapons so they learned to make petrol bombs or wanted to. They were scared. You would be if each time you stepped out you were asked to drop your pants and show that you were circumcised, what the great Shiv Sena chief called “katuas”.

Finally, the judge had said that the crimes committed by Dutt and his friends were not "anti-social, ghastly, inhuman, immoral or pre-planned" and did not cause any harm to the general public.

When you keep weapons as protection it is pre-planned. If, according to law, you possess weapons, it is anti-social. How do you define “ghastly”? When the barrel of the gun looks ominously into a face?

We shall wait to see a verdict passed along the lines of anti-social, ghastly, inhuman, immoral, pre-planned in the Bombay riots case, too.

Therefore, this is not just about celebrity. Sanjay Dutt has already spent a year and a half in solitary confinement for a crime he did not commit. Who is culpable for this? The State? The Judiciary? They say that these months will be counted as part of the jail term. I want to know how being put in an ‘anda cell’ is the same as this? He was exonerated from terrorism charges, then how does the state compensate for that?

Let us use this example to show the complete arrogance with which the government and justice system operate. Let us raise these questions about the thousands of under-trials in our prisons, about those who are arrested for ‘terrorism’, about encounter deaths. Let us make someone accountable.

And that someone is the Government of India. The Judiciary. The Police. Don’t tell me I am “sympathising” with criminals, because a criminal is not answerable to me or you. The government, the judiciary, the police are. They are public servants. The Supreme Court Verdict is unfortunately a case of pinning the poster boys and hounding the scapegoats.

As for the ‘watchdogs’, it would be good for them to remember that those who prefer selective justice are the real anti-social elements.

Also How Realistic is Black Friday? - the film based on the Mumbai blasts.
By Farzana Versey at 4:58:00 pm