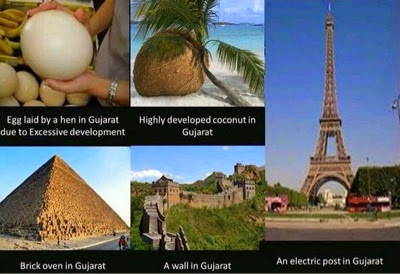 In the past few days, political equations have changed rather quickly. The change is not based on ideology — whatever its flaws, only the Left manages to get votes based on that — but personal motives, and opportunism.

Had it been restricted to people merely altering their positions, it would have been all right. But we have a new brand of 'reasonable' proselytisers. Whether we like it or not, the BJP is banking on its religious identity and due to the peculiar nature of the history of conflict, it is pitted against the Muslims.

A case in point is former Samajwadi Party leader Shahid Siddiqui. Like many converts, he is expressing his love for the BJP like a spurned lover on the rebound.

He is not Martin Luther King nor does he have a dream that he can use the first person singular to discuss a group of people with disparate needs and dynamics. Besides, what has love got to do with it? How do you measure development? Is it the elite version that completely ignores the work force, which has no religion? Aren't Muslim artisans and unskilled labourers contributing as much as those from other faiths? Will assembly-line products have a Muslim stamp and a Hindu stamp to gauge contribution?

When he was with the SP, a party that had been 'accused' of being soft on Muslims, did he raise these questions? No one is denying that Muslims need to be educated, just as there is no denying that they should get opportunities. Perhaps, he is not aware that the Modi government he lauds claims that Muslims in rural Gujarat are doing better than their Hindu counterparts. One hears about these figures all the time. So, who is not contributing?

It bothers me that Hindus, or even Christians and Sikhs, are not expected to quantity and qualify the contribution of their community in such broad general terms.

Siddiqui comes up with an even more disgusting statement:

"Muslims are unable to see that they have become slaves of Secularism to suit a coterie ruling this country using M as a vehicle to power."

This man speaks for inclusiveness of Muslims and then rubbishes them as slaves of the same secularism he is riding on. He spits it out as though secularism is a cuss word, if not a curse. It is nobody's case that secularism is a panacea; it is not even practised in its truest sense. India is just a nation of bundled together communities, tribes, regions.

Muslims are used as much as any other community. Because they are the largest minority, the stakes are higher. Every political party has its coteries that tap different sects from different faiths. This is the version of secularism we have followed for years. And this is precisely what these temporary messiahs are doing.

They come up with supposedly fresh perspective, which is only about their upward mobility, and market it as the solution without realising that it is part of the problem, if not the only one.

It is also a shrewd move to talk about economics and Muslim contribution in an atmosphere where it is the safe and, well, secular, thing to sell. The development egg is a showpiece. And the hawkers are asking Muslims to buy what they cannot get.

The collage landed in my inbox, and makes a rather telling comment about the exaggeration and lies trotted out by the BJP.
By Farzana Versey at 2:17:00 am