Published in CounterPunch, May 9-11

“Hinduism is the mosttolerant of all religions. Its creed is all embracing.” – Mahatma Gandhi

“Hinduism is a way oflife and not a religion.” – Narendra Modi

The liberal and the fundamentalist have been separatelysoft-selling one particular religion for such a long time that today there isan overlap. Other cultures are sought to be subsumed in this embrace of “life”.Like foreign companies seeking franchises to capture the market, 13.4 percentof the population is up for grabs. Indian Muslims are a large constituency notonly for political parties, including the Hindu rightwing, but also for theurban educated majority. As happens when the middle-class is shaken out of itscomplacency, there is fear over any slur of fanaticism by association thatmight stick to them.
They know that territory well, having whitewashedthe wrongs of saffron terrorism by calling it ‘Talibanisation’ andpronouncements by village panchayats (courts) as ‘fatwas’, and wanting to save Muslimwomen from the veil, the Shariah, the madrasas. All these ostensibly so restrictivethat, in their imagination, it renders the community impotent.
Now, their words have come to bite them.
Singularlyplural 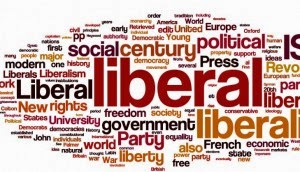 Secularism in the social sphereworks as varnish. Scratch the surface and there are prejudices – somecongenital, others visceral, and yet others acquired over a period of time.This applies to Muslims as well, but to a lesser extent because there has notbeen a paradigm shift in who they are. The catharsis is over; Pakistan is anexpunged part. For the majority community, history means regurgitating theconquest by Muslim rulers and for some reason it manifests itself as a backlashto correct the wrongs, even if they have no contemporary validity. It providesa reason for reclaiming a Hindu Rashtra.
While Hindutva has no patience for or interest insecularism, except as political bait, the liberal ethos makes it mandatory toadopt the role of gatekeeper. IndianMuslims remind them of a past where people converted to Islam, not due to forcebut because it was a pragmatic choice to free themselves from the shackles ofcasteism. The reason liberal Hindus have risen from their ennui is no differentfrom the BJP. It is a question of national pride to flash multiculturalism,knowing well that it has convenient pigeonholes.
According to one pollanalysis, “in 150-odd seats Muslims can determine the result”. That is 27per cent of the seats. All factors that go against Muslims could, therefore,tilt the electoral outcome. Despite this, there is no Muslim religious partythat has national legitimacy.
It is the minorities that ensureIndia does not fall into a homogenous rut. What they do in the political spherecontributes to a large extent how the nation works as a democracy. As equalstake-holders in the republic, they also pose a challenge to the manner inwhich the majority navigates the ‘difference’ without the crutch of‘natural-born’ prerogative.
Communalism
Muslims are certainly moreconcerned about communalism than other communities. It is not just riots. It isabout villagers evicted to make place for a factory. It could be denied housingin metros like Mumbai and Bangalore. It could be arrests on mere suspicion forterror activities. These cover a vast class spectrum.
Fake encounter killings are notrestricted to the minorities, but where Muslims are concerned the threatperception is invoked. In November 2005, IPS officer Rajkumar Pandian shotdead Sohrabuddin Sheikh. To save hismasters, Pandian was put behind bars. He admitted to the killing, but wonderedwhy he was not feted for saving the nation from peril.
The psychological weapon renders obligatoryrequirements like evidence, a warrant and a legal process irrelevant. In recentmonths, though, it has become a charade with the courts overruling the CentralBureau of Investigation (CBI) or reversing previous judgements and grantingbail to important witnesses and convicted persons. 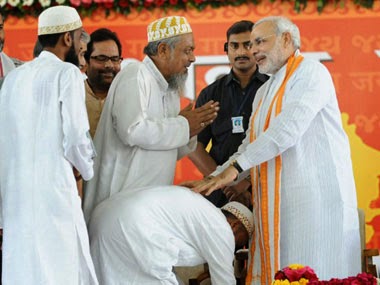 While the fealty of resident IndianMuslims is often under a scanner, the BJP manifesto blatantly states: “Indiashall remain a natural home for persecuted Hindus and they shall be welcome toseek refuge here.” This welcome is in contrast to the attitude towards theminorities, including the elite. The BJP’s Prime Ministerial candidate Narendra Modi meets clerics from certain sects whosemembers are from the rich trading class. This is to ensure that entrepreneurs arebeholden to the government in this system of patronage. Instead of condemning politicalparties, liberal Hindus accuse Muslims of seeking sops. No questions are raisedabout Hindu appeasement even as crony capitalism thrives in the quasi-religiousworship of money to reach nirvana.
Hate
Vishwa Hindu Parishad's (VHP) president PravinTogadia stood outside the house of a Muslim businessman. Some Hindus hadalleged their houses were being taken over. Togadia offered the protestors asolution:

“If he does not relent, go with stones, tyres and tomatoes to hisoffice. There is nothing wrong in it. Killers of Rajiv Gandhi have not beenhanged ... there is nothing to fear and the case will go on.”

Nobody cared to find out whose houses were takenover and who the sellers were. By merely treating this as hate speech, theissue gets obfuscated.
Giriraj Singh, a minister from Jharkhand, said:

“Those opposing Narendra Modi are looking at Pakistan. In the coming days, suchpeople will have no place in India. They will only have a place in Pakistan,which is their Mecca-Medina.”

The reaction was instantaneous. Anchors, academics,celebrities and, curiously enough, expatriates, got concerned about their ownplight should there be a Modi government. Deportation became a joke.
Many in the media who work for corporate-fedestablishments and have organisational support spoke about how Indian“journalists will be shot at” for “anti-national activities”. The doomsdayprophets who hawk paranoia like placebos have never experienced the real fearof the displaced. The names and cases they profited from, and the poor inrelief camps, did not figure in their escape plans.

Paranoia
“We are looking for a Muslim liberal,” said thevoice at the other end of the phone. It was for a debate. This has beenrepeated a few times and in different places. They do not realise how insultingit is to specifically address you as a liberal anointed by them, the assumptionbeing that such a creature is a rarity. They often end up with caricatureswilling to serve their purpose and notions.
On a good sunny day, we might have seen the lighttogether, but now I find their shadow looming large. They are colonising thespace, and in that they are not much different from the Hindutva parties, whowant to purify the nation. They are covertly complicit in that, for when theycall a leader a fascist and Hitler, they are confirming and conforming to the superiorityof the race credo. In the manner of those Germans who took up the cause of theJews, they are assured of their Spielberg celluloid moment. This is collateralbenefit.
With protectionism as their arsenal, they mentallyghettoise the community by fabricating a ‘victim mentality’ schema that facilitatestheir role as giver. The munificence imbues them with a low-cost liberalism.
Those of us who do not buy the schmaltzy tokenismare dismissed as “closet jihadis”. This is classic projection, for covert empathywith the larger cause of maintaining a peaceful environment would qualify themas closet Hindutva proponents. “Abhayam, abhayam, abhayam (Absence of fear).There! I have said it three times. There is no need to be scared,” saidMr. Modi. This works as a charm for the liberals. Riding on the back offundamentalism, they are out to solve the problem of Muslims or what they often,delightfully, refer to as ‘the Muslim problem’.
There is little space for the liberal who happens tobe a Muslim by origin or a practising faith. It is disconcerting for the Hindu to see‘people like us’. The essay ‘The Liberal Illusion of Uniqueness’ states,“Liberals showed what the researchers call ‘truly false uniqueness,’ perceivingtheir beliefs as more divergent from the beliefs of other liberals than theyactually were.”
Unlike Islamophobia, that largely blames thereligion for militant acts because some terrorists took Allah’s name, theIndian Muslim is holding up a distorted mirror that does not offer the standardArab on a camel image. The only aspect that can set the good Hindu apart fromthe good Muslim is to hark back to roots. Things come full circle. The core isburied. Skeletons are exhumed.
---
© Farzana Versey

---Note: All images are for representation purpose only.