Memorials work well as masks. Britain has commissioned a statue of Mahatma Gandhi that will stand in Parliament Square in London to commemorate the centenary of his return to India from South Africa to fight for the freedom struggle. The British were the colonial power then. Is this about retribution and, if so, does it not amount to self-chastisement?


It seems more like political pragmatism conjoined with an assertion of its own past, for the chancellor George Osborne emphasised that “it's time for Gandhi to take his place in front of the mother of parliaments” while playing along with the new government: “New Indian prime minister Modi invoked his memory in his inaugural speech to parliament.”

The Sikh Federation of UK has opposed it, calling Gandhi “a blatant racist, a sexual weirdo or worse a child abuser and someone discriminating on the basis of the Hindu caste system, which is now outlawed in the UK”.

That such criticism comes from a minority Indian community tells us something about dislocated memories. Immigrants tends to revel in nostalgic gestures and even play along with the brown sahib Chutney Mary fantasy or the imported from home pop culture. To take a stand against a canonised figure is reflective of their own mainstreaming. By going against protocol and calling out negative aspects even though they were not directly affected by it, they are consolidating their role as a political voice beyond turban issues.

Instead of causing discomfort to the hosts, it will only add to the humanisation that keeps the foible factory well oiled. It works as assertion of power, too.

Are these creations in stone set in stone? More than history, they are a validation of contemporary political expediency.

The Indian Finance Minister has allocated Rs. 2 billion for a statue of Sardar Patel, independent India’s first Home Minister and a prominent leader during the freedom movement. Public anger is over the disparity in setting aside half the amount for 29 other schemes, including a national war memorial. 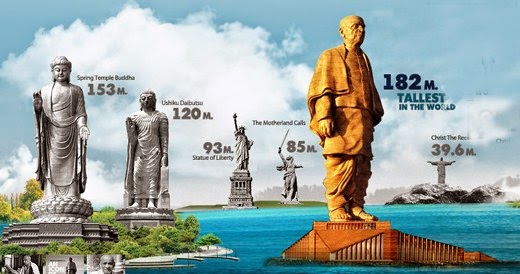 The problem is deeper than expecting political correctness. Governments always invest in symbolism. The ruling BJP is ostensibly attempting to correct earlier oversight where Mahatma Gandhi and the Nehru-Gandhi family reigned over memorial space. But this is also vendetta, for while Patel was from the Indian National Congress and critiqued the extremist Rashtriya Swayamsevak Sangh, he was also perceived as divisive. The tribute’s emphasis on his unification of the country highlights the divisiveness of the Partition.

The ruling BJP has no history of ‘governance’ during the freedom struggle. A political party that suffers from amnesia about more recent events has decided to build the highest statue in the world; at 182 metres it will be twice the size of the Statue of Liberty.

Contemporary public space is tantalising and democratic. Anthony Weiner, the sexting mayor, got temporarily immortalised on The New Yorker cover with the head of the Empire State Building sticking out of his crotch as he snaps it. One might wonder whether the public monument or the public politician was the target.

Defacement of statues is a fairly common practice. When a rally to protest against the killings in Assam and of Rohingyas in Myanmar at Azad Maidan turned into rioting, two young men were captured hitting out at the memorial of fighters of the first struggle for independence. A desolate monument became a matter of national shame, and inevitably ended up as a question mark on patriotism of the community the two individuals represented.

The right to dissent, group apathy – both of the police and the protestors – were forgotten to resurrect the desecrated. The group burned vehicles too, but living objects are not invested with a future because they do not appear to have a past.

Apart from the glossing over of facts, there is often an exertion on their behalf. The thought behind the stenciling of 9000 bodies on Normandy beach appears to be a fitting tribute to the nameless: “The idea is to create a visual representation of what is otherwise unimaginable – the thousands of human lives lost during the hours of the tide during the WWII Normandy landings on 6 June 1944. The silhouettes of those individuals will be drawn on the beach at the rate at which they fell only to be totally erased by the incoming tide as their own lives were.”

The realism in this case simply denudes the deaths of dignity. If at all there is any catharsis, then it is for the war veterans who come with stenciled memories. The tides point to evanescence not only of lives lost, but of remembrance as well. This is not the case with the Berlin Wall where graffiti and souvenirs of broken pieces symbolise the ossified together with the metamorphosis.

Chronicling of history is often voyeuristic as evident from the 9/11 Museum and Memorial at Hangar 17 at JFK International Airport. A report said: “But it’s the smallest artifacts that are most poignant, each one a reminder of a life cut short. Identity cards, mangled keys, a woman’s bloodstained shoes, a fire fighter's crushed helmet, an executive's singed credit card, wristwatches and mobile phones have been painstakingly logged by curators. The owners will never come to claim them.”

This is dehumanising. Credit cards, shoes, watches do not have a stamp of identity. Mangled vehicles are not specific to ownership. Museums of calamitous events too are a thought projectile of a certain period that serve as a reminder of bestiality rather than loss.

There are mass killings taking place in many parts of the world. There are never any curators for large-scale calamities and natural disasters. Buried beneath the debris are relics epitomised as unmarked graves. They are history in motion.

At the other end of the spectrum are industries that qualify as memorials to the changing times. The promise of fumes to keep home fires burning on cold floors is the politician’s gateway to delusionary development. In this scheme, progress is predatory.

Most icons are sculpted in a pose. However representative it may be of their personality, the freezing not only imprisons them but also becomes a caricature. In places like India, it transforms into slapstick when politicians get atop cranes to garland these statues. The pedestal is slippery irrespective of what the stone monuments symbolise.

They are immortalised in the stasis of a pointing figure, a walking stick, or a sword. Instead of being the sum of their parts, they become those parts. Maratha hero Shivaji would be nowhere without his horse.

Mythic figures are freer to explore and display with temerity. This does not go unnoticed, as it is quite common to see cigarette stubs in vaginal orifices of temple statues. In a surprising move, Silvio Berlusconi decided that Venus needed to get an arm and Mars had to get a penis fixed. The 175 AD statues were sought to be made ‘real’ completely erasing the erasure. 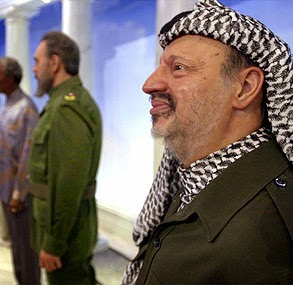 During Queen Victoria’s visits to the Victoria and Albert Museum, Michelangelo’s David was given a decorous fig leaf. Madame Tussaud’s often faces the demand for the removal of what some perceive as a controversial waxwork not because it is inaccurate, but probably because it is. On a visit a few years ago, I found the area where Saddam Hussein, Yasser Arafat and Fidel Castro stood rather empty at a crowded time. Even at the altar of kitsch they were peremptory. The dissonance lay in the eyes of the observers who wanted them displaced when they could be melted.

The engagement with mute symbols would suggest that statues are people in perpetual rigor mortis.