A life, a death: Aruna Shanbaug 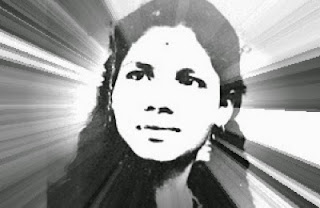 Her death is in the newspapers just as most of her life was. Aruna Shanbaug died after being in coma for 42 years. The headlines continue to talk about her "vegetative state". They continue to objectify her, and her entire life becomes a mere précis — rape, brain damage, lobotomised.

Aruna Shanbaug was a nurse at the KEM Hospital in Mumbai. On November 27, 1973, when she went to the basement after her shift, she was sexually assaulted by the sweeper, Sohanlal Bartha Walmiki. He used a dog chain to strangle her, leading to loss of blood supply and oxygen to the brain. It debilitated her in so horrific a manner that she was rendered paralysed, blind and has been comatose for over three decades.*

Rest In Peace has become an opportunity. In death, Aruna has been socialised, by most internet people, including socialites. Just read about how "Bollywood mourns for Aruna". Bollywood has every right to, but it is obvious that Bollywood is being given importance here. It is celebrity photographs that matter. And we live in times where everybody who publicly expresses a few words of grief is deemed to be sensitive and the possessor of a conscience.

Media persons do not lag behind. They speak about how the country has let her down. How many of them followed up on the rape case? They preferred to carry lingering graphic accounts of what was happening to Aruna Shanbaug's body. They were violating her again. They've taken pictures of her screaming, writhing in pain. What kind of people are these? And then they claim to be sensitive to suffering.

These are the same people who say, "Before Nirbhaya, there was Aruna". As though the Delhi gangrape victim is a benchmark, as though harking back is any justification for anything. In this ordered world of making icons out of victims, the purveyors of heroism sidetrack the crime and the criminal. A victim is made into a hero; she is said to fight a battle when she is not even aware that she has survived, and what it feels like to be alive. Or almost dead.

In all these years whenever the ‘story’ was covered in the media, the emphasis was on Aruna and for the most part her fight in a locked hospital room, hunger, pain, soiled clothes, stiff immobile hands and legs, the voice beastly, the brain half dead. Today at 61, the routine continues. She whines, is still afraid of male voices; we get these same dispatches in graphic detail. Aruna’s helplessness is made to appear heroic.

This is not about a lone woman’s fight nor a miracle, for it neither uplifts the spirit nor her body. She does not even recognize that she has survived.

What use is a lifeless person when the perpetrator of the offence is free? Does it drive home a point at all, least of all about the goriness of such a gruesome act?*

Now the nurses and her relatives a fighting over who should perform her funeral rites. Commendable as their care has been, it is unbecoming to claim the right because they tended to her. Also, the glorification of these 'Florence Nightingales' has given the hospital reprieve from ever being accountable to pursue the case against the rapist, who was also their employee.

This is not the tale of a support system. The crime was committed by a hospital staffer in the hospital premises and the authorities have a reputation to uphold. There should instead be an urgent need to look into the conditions of public hospitals and also the general wards of some private hospitals. They are in a pathetic condition. With Aruna’s case, there ought to have been a greater need to examine the level of security. By cocooning her in a room, the authorities have got away without being answerable for such a lapse. They could have fought the case against the rapist who was their employee; they could have issued notices against him being employed anywhere else.*

Her life did raise questions about euthanasia, but there were valid counter-posers, too.

Dr. Ravi Bapat, who was supposedly among the first of the team that responded to Aruna on the morning she was discovered lying under the stairway, is against the SC petition. “It is idiosyncrasy, no living cell ever wants to die…Aruna is like a mentally challenged person now. Would any parent of a mentally ill child move the court in a similar manner? It is sickening how every five years someone raises Aruna’s case just for publicity.”*

In death, too, the publicity machinery is alive. For 42 years, she had to undergo such close scrutiny. Strangers hovered over, unknown to her.


"From my rotting body, flowers shall grow and I am in them and that is eternity." — Edvard Munch

*All these quotes are from my earlier piece Whose euthanasia is it, anyway?