There is something about traditions that reaffirm human frailties. While Santa Claus is all about joy and gifts, the custom is about feeding a fairytale. That it has stood the test of time speaks for our innate need to suspend disbelief. 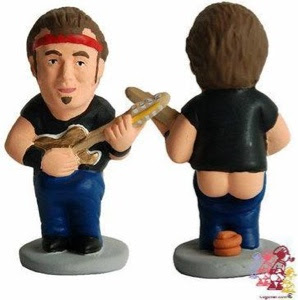 Would we then be able to nurse customs that are real, perhaps too close to reality? Since the beginning of the 19th century in the Spanish regions and parts of France they have been doing just that.

This Christmas custom dates back to the 1800s and is meant to remind us of the humanity we all share with the Christ child. The defecating figurines are also said to represent fertilization and bring good luck for the new year. Traditionally, the caganer was depicted as a peasant, wearing the traditional Catalan red cap (called a "barretina") and with his trousers down, revealing a bare backside and a pile of feces below.


Statuettes of pop icons, royals, politicians, religious figures are gifted and placed near the nativity scenes.. 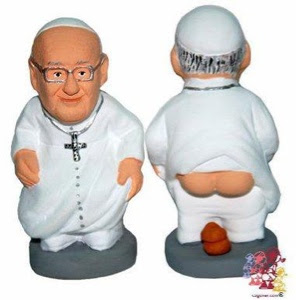 I find it interesting that while in the social space we are ready to talk about sex (albeit by either intellectualising it or flaunting it as edgy freedom), discussing defecation isn't something we might deem polite. Such jokes too are referred to as toilet humour. However, nobody has objected to the depiction of the famous with their pants down, but there might have been some outrage had there been depiction of more intimate activity.

Fertility is meaningless unless there is cohabitation. Perhaps faeces represent the soil, but the fount from where they've sprung does not engage in reproduction. As for bringing good luck, would it depend upon factors of the contents? Is digestion itself a mark of glad tidings or even a karmic statement — as you sow, so shall you reap? 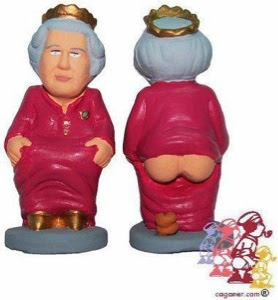 For one not acquainted with this tradition, seeing the statuettes conveys only the vulnerability and human qualities of the celebrity. Of course, in the case of pop stars from different fields, this won't be necessary for they are quite prone to other open gestures. It is another matter that these do not quite humanise them; rather, they transform a human behaviour into a socio-political message.

The caganers seem to all have similar turd. It is such uniformity in traditions that apparently joins people, but only superficially. I also wonder whether these societies would be accepting of statuettes of themselves crapping. It is unlikely. Humanising symbolism that uses icons ultimately dehumanises them, and makes a normal everyday routine a matter of alienated custom.
By Farzana Versey at 12:41:00 pm 3 comments: Links to this 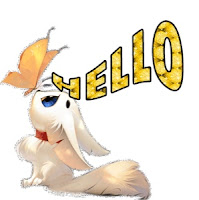 I finally say hello to Hello. Stray wisps had come flying suggesting that I try and follow the trail where music gets drowned in the deluge of drama.

Hello leaves me unmoved. Can you hear me? Yes, I say it leaves me unmoved, and words of loss usually move me immensely. In fact, words move me as much as silences do when both seek to communicate.

So here I am, with Adele on my stomach. My breathing synchronised with her whispers and whimpers. I am lying down in bed. A Sunday afternoon in December feeling the late winter upon me.

I like the sound of hello, any hello. It is the beginning, even of the end.

Running out of time? Hello! We do not know how much time is there to be able to measure its running out.

What does "hello from the outside" mean when it is the heart that breaks or is broken? There is no outside then. Not even when we break our own heart. It happens. Can you hear me? No? That's the outside. When you can't hear the sound of another's self-destruction.

"Did you ever make it out of that town where nothing ever happened..."

Is she hoping he has or delighting that he hasn't? Is it that nothing ever happened or something never did? Does another's stillness bother us when we are escaping from the noise or when we remember noises fondly?

Hello...could have been a deep sigh. Instead, it is a phone connection with too much static. Or, is she speaking from a phone that's dead, crying to herself about herself?

Is the hello just a question mark hanging in the air?

The colours of a black day 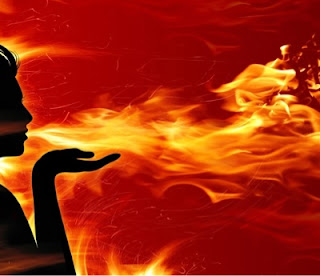 Why do I not forget, they ask year after year, revealing that they do not forget either. They know, though, that my remembrance is bloody — tangible and plausible. Theirs is salt on wounds.

People need homes; gods do not. People killed bothers me; a place of worship does not. Not unless it is meant to trample on others. Then it becomes about people. That worries me.

It worries me that to become popular they live in denial or choose to forget. Intolerance, the buzzword, is not about today. It was there yesterday too, and unless you weren't born then or old enough for it to register, you lie each time you talk about how it was never that bad.

Hate is not of degree. Hate is real, whether it kills or not. Hate comes in subtle forms too. Perhaps it is not hate. I hope it is not.

Was at dinner with an acquaintance. A warm relationship we've shared. She used to be in the service sector and I her client. We continued to keep in touch. So, as the starters were served, she asked about the person who replaced her and whether he kept me updated regularly. I said he did and was prompt with feedback.

"I guess it's because you are also a Muslim..." she said.

Surprised, I told her, "We got along better, so how does this matter?"

"No, I just thought this Muslim-Muslim thing makes it easier." And then she intoned his full name aloud, something I do not know and there was no need for, a full name that probably made his yuppie modern name less secular and fit into her idea of what he should be.

This was a month ago. I still cannot believe this conversation took place.

Met a woman through a friend. Her clothes were bohemian, and from what I gathered she lived on her own terms. We were having an interesting conversation and I do not know when the Muslim word came in. I don't do Muslim things, not because not doing them makes a point, but because that is the way I am.

But this person, who I had met minutes ago, who knew nothing about me, said, "Oh, so you don't believe in this Shia-Sunni nonsense?"

My friend said nothing. She watched and smiled.

It was awkward. If I had offered a rebuttal, I would be accused of being touchy or, heaven knows, even A Muslim After All.

Would it not look ridiculous if I had responded with, "So, do you believe in this Brahmin-Shudra thing? Untouchability? Dalits?"

I did not say it not only because it would look stupid, if not vicious, but because it does not matter. I do not recall ever asking anybody anything about their beliefs or lack of it, in a social or personal setting. I say this with confidence because I think it would be a cheap and vulgar thing to do.

Does that stop many people from doing so? They look perfectly normal at parties, clubs, restaurants, cinema halls, shopping malls. Yet, they carry set images that they use as flashcards when they meet you. "Oh, hello. What do you think about jihad?"

And you want to shout out loud, but that would only be an answer for them. Yes, you shout, so you must believe in jihad.

Ironically, both of them work in a Muslim country, a country where they party, wear what they want, eat what they want, drink what they want. The least that place ought to have taught them would be to dust the cobwebs gathered in their minds.

There's dust everywhere. Today, the one-day wonders of social concern a commemorating it as December 6 Black Day. The darkness is in souls, but it isn't black.

It was blue. Tarpaulin sheets. Lost homes in twilight.

It was white. Smoke from fires. Cloth over bodies. The tears were white too.
By Farzana Versey at 6:47:00 pm 5 comments: Links to this