Reductionism and the Sexual Abuse Debate:
Beyond #MeToo, #HimToo 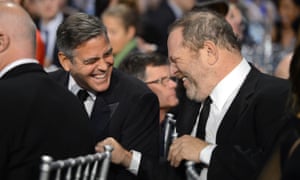 Every woman has faced some kind of sexual exploitation. It starts when we are young. We have barely had an opportunity to watch our bodies grow and find that somebody else is noticing and making a claim over it. Often, for just a moment, for that brush against us. He does not see anything else except that bit. We begin to hide the part that now seems like an appendage to only cause us trouble.

Sadly, what we see in the course of various articles on male predatory behaviour is a similar lingering-over-bodies objectification. The Harvey Weinstein story should have been about him flashing and spraying a potted plant upon being rebuffed; instead it has become anecdotal about parts of women, their person stamped with the victim tag.

Another problem with the exploitation discussion is that it gets reduced to a parade of names with a pecking order. So, while Bafta and the Oscar honchos throw Harvey Weinstein out, Roman Polanski and Bill Cosby continue to hold their place. Are their abusive actions any less damaging? Their victims too did not inspire the kind of solidarity we see with the Hollywood A-listers. The crime seems to matter only when the criminal and victim are mainstream.

Forty years after he was charged with and served a sentence for raping a minor, women took out a topless protest against Polanski in Paris as a result of the ‘Weinstein effect’. He has his supporters, from French philosopher Bernard Henri-Lévy to George Clooney, who finds the behaviour of Weinstein “indefensible” but had expressed sympathy for Polanski: “When you think about all that this 83 year old man has been through, it's awful to imagine that they're still after him.”

More prominent men are being outed, Kevin Spacey being the latest. Worryingly, the reportage has transformed the victims into numbers. 30 women, 50 women, 80 women. More women and counting. Men, too. Recall that New York magazine had done a lead story, its cover picture a montage of all the women who had accused Cosby. It was like a “wanted” list. The women were on parade. And given that he got away due to a “mistrial” and that he had plans to teach young people how to escape sexual assault charges, we need to examine whether, aside from celebrity gawking, these ‘outings’ have any real effect on the social mindset. 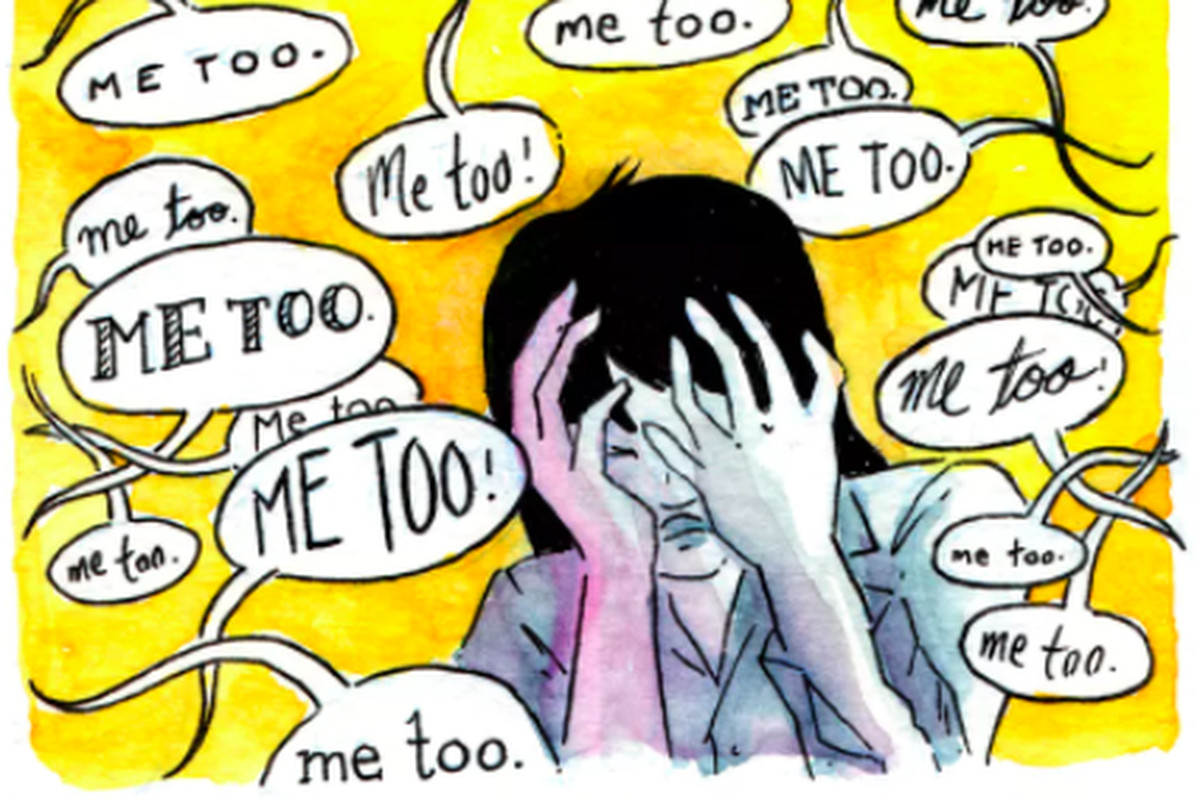 While it is understandable that women would speak out as a group to feel safe and bolster their chances of being heard, this is not how it happened. They did not speak in one voice; it was a snowballing effect. Why does it have to be a sorority of victims? Isn't one victim enough for us to pay heed? Had the victim names not been famous would we have been interested?

Another aspect of the Weinstein episode is that women recognised for having broken the glass ceiling and fighting for equal pay have been relegated in public perception as people who struggle with silence when faced with physical humiliation. Most of them have a backdated encounter with Weinstein and they held their own despite him, yet there aren’t any paeans to them being survivors.

In trying to reclaim space, such attempts ghettoise women. Mass and social media are building up a cult of victims they can feed on. We may say “me too”, but how will hashtag comradeship make men answerable for specific crimes? The tendency to generalise and transform every issue into a jumpable bandwagon is detrimental to dealing with misogyny and the different kinds of extreme behaviour it manifests as. 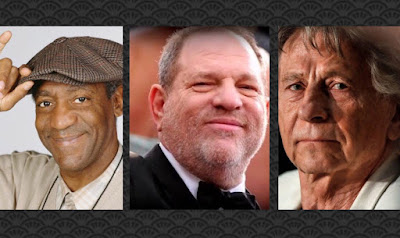 A UK actress says she lost out on roles because she refused Weinstein’s crass offer to “touch your tits. Kiss you a little”. This is a desperate man begging, it is not about power.

Weinstein had taken a woman out for lunch because he said she had looked at him. Cosby said, “I think that I’m a pretty decent reader of people and their emotions in these romantic sexual things.”

If it is not about imagining signals, it is about how a woman looks. And now even some feminists have begun mansplaining. From ‘me too’ to ‘why not me too’. Actor, and neuroscientist, Mayim Bialik writing on ‘Being a Feminist in Harvey Weinstein’s World’ chalked it up as an achievement that she was not “a perfect 10” and therefore safe. There were angry reactions for this regressive, ignorant and horribly standoffish statement: “As a proud feminist with little desire to diet, get plastic surgery or hire a personal trainer, I have almost no personal experience with men asking me to meetings in their hotel rooms…I have decided that my sexual self is best reserved for private situations with those I am most intimate with. I dress modestly. I don’t act flirtatiously with men as a policy.”

Such a moral prism is what dictates much of the debate. The question should not be, why is she assuming the abused women were flirting, but why should any man assault a woman even if she is flirting or dressed in a certain way?

Many women dread facing the jury, to answer the question about what they were wearing when they were abused. But the legal system only follows the socially-sanctioned approach. A journalist who was a teenager in the 60s was quoted in a Hugh Hefner obit piece as saying, “When the sexual revolution happened, none of those women looked like playboy bunnies. They looked like hippy chicks.”

Using a woman’s looks to measure her liberation is backward and to posit Woodstock and the hippie culture to the bunnies reflects slavery to archetypes. Besides, the “summer of love” wasn’t all about liberation. It often meant waking up with strangers in bed and not out of choice. As author and agony aunt of that time Virginia Ironside wrote: “But now, armed with the pill, and with every man knowing you were armed with the pill, pregnancy was no longer a reason to say ‘no’ to sex. And men exploited this mercilessly. Now, for them, ‘no’ always meant ‘yes’.”

Last year in the United States of America there were around 96,000 rape cases, an average of 263 every day. Everywhere in the world toddlers and grandmothers get raped. What power is being asserted and what pulchritude and seduction are at play here?

What women have to face in the street, in offices, sometimes even in the privacy of their homes is not always about those in powerful positions. 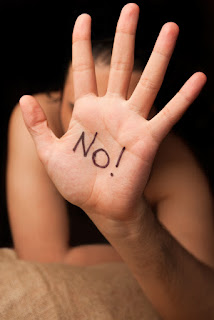 Let us also not build up sexual power politics as a gilded space. Men from the lower strata can be exploiters too. Their victims ought to matter as much even though they might not be able to tweet or join a movement for solidarity. Their lives have hardly ever counted, and news of them being forced upon by men never results in any spontaneous empathy.

The words of Rose McGowan, among the first to accuse Weinstein, are a simple testimony: “I told the head of your studio that HW raped me. Over & over I said it. He said it hadn't been proven. I said I was the proof.”

A woman alone is proof of what she has gone through. She isn’t a mere link in a callout chain.

***
Published in CounterPunch
By Farzana Versey at 7:30:00 pm Links to this 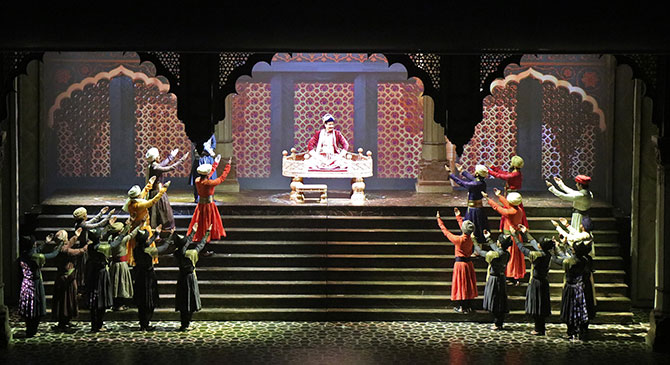 Last weekend I watched the stage version of Mughal-e-Azam. I like new perspectives, even if they do not hold the old charm.

Feroz Abbas Khan’s take on the Anarkali-Prince Salim love story under the not benevolent eye of Emperor Akbar is an ambitious project. How could K.Asif’s landmark movie translate in the confined space of a stage, especially since there weren’t any claims at ‘reinventing’ the classic and the intent was to almost repeat the scenes and the dialogues verbatim?

As a tribute it succeeds; it has the  head-bowed quality about it, aware all the time of looking up to an icon. And it has improvised marvellously. That battle scene is breath-taking because it relies on lights, sound and choreography. The same applies to the kathak interludes – these are professional dancers and, to be honest, it was they who elevated the Pyar kiya to darna kya song sequence by adding heft to Anarkali’s challenge, and pathos; in the film the song was about Madhubala. There was also an innovative use of ‘mirrors’ and light to create the sheesh mahal, although the light hitting the audience made me squint and miss out on some ‘chakkars’ by the dancers.

There was also live singing. Neha Sargam as Anarkali did a marvellous job, but was it necessary, considering it was the same music? It was also rather disappointing when at curtains down, the announcer mentioned how people weren’t convinced that it was live singing and asked her to sing a few lines right there. To my mind, this was insulting to the artiste. The makers do not have to justify anything and ask their own actors to give proof. If the original was about performances, this was not. For a supposedly more intimate medium, the acting was alienating. Probably it is the stage where expressions rely on voice and body language. Nissar Khan as Akbar was powerful at moments and desultory at others. Sunil Palwal as Salim has presence, but where was the angst? And where was the passion with Anarkali, the understated caresses, that choke in the voice? As for Jodha, there is no real pining for a son nor the conflict between suhaag and motherhood. Bahar’s - the daasi hoping to become a princess - character too does not have enough oomph and guile that the original possessed.

For me that was sad because on the film I felt Nigar Sultana had overtaken Madhubala in the qawaali not due to the lines but gumption (aidedhugely by Shamshad Begum’s voice).

Naushad’s music was the stuff of legend and it was good to revisit it ‘pictorially’, even if not entirely satisfactorily. Theatre, unlike cinema, is not really a director’s medium. But here the director rules, followed by stage design, lighting, choreography. It was treated like an occasion. People were taking selfies before the posters in the lobby…after all they had paid good money for the tickets.