Hollow Freedom in the time of scrapping of 66A 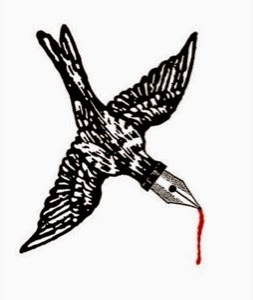 As news spread about the Supreme Court scrapping Section 66A of the IT Act, the media started propping up the heroes responsible for it. Nothing reveals the limited nature of such freedom of expression than the act of coddling a few.

I am all for such freedom, having used it myself and been sometimes warned against it and, in the past, threatened for it too. Despite this, I do not wish to take the popular (more likely populist) stand about what FoE in this context entails. If you want freedom without resposibility, then will you take what you wish out to others?

The celebration of such freedom for online activity comes at a time when the cyber cells are approached with complaints against trolls, stalkers and slanderers. The latter two are cause for serious concern. If everyone is so thrilled about being free, will they stop using the 'Report Abuse' button at social networking sites?

Those against 66A happily ignore the bully culture of the rightwing with their self-righteous fence-sitting by differentiating between hateful abuse and other free speech. We know the difference. But those at the receiving end of the latter might deem it as abuse. This could be about 'blasphemy', or 'hurt sentiments', or a personal assault in these naming-shaming times. Will these internet warriors fight for the right to privacy of victims of social/sexual violence?

Let me reproduce a few salient points from what I had written earlier:

Forums such as these act as extra-constitutional authorities where elected representatives can clarify their position, blame others, wreak vengeance, and campaign for themselves or against others. How is one to accept their version? Why are the usual official channels not used? Why must government policy be announced and discussed on walls and in tweets where there is more likely to be a back and forth of sound bytes rather than a sensible discussion?

Take any issue in recent times and it has become more exaggerated due to this word-of-mouth publicity. YouTube videos and CDs go viral and, much like terrorists claiming their hand in bomb blasts, these denizens claim to play a role in every major happening – whether it is the Arab Spring, exposing leaders, bringing scams to light, pushing the anti-corruption agenda, or showing a politician dropping his pants.

Is there no room?

We have laws for a reason. Do they work well always? No. Does it mean that forming groups and fighting them online will change the reality? This is the frightening aspect. How many of those commenting in morsel sizes are truly attuned to such reality? True, famous people are on networking sites, reasonable people are there, people who matter are there. My question is: Are they also not in places where it counts and are they not capable of pushing for change from where they operate? They can and some do.

For those who think that news is forced down us, how are they so certain that what passes for exchange of ideas on such websites does not do the same? There is bound to be an element of incestuousness, and it is a community too.

Therefore, it is a bit amusing that when there is a mention of incendiary talk that hurts religious and communal sentiments, there are sniggers. Yet, when this community of networkers thinks it is in danger of being muzzled, there is a hue and cry. What are they displeased about? That their space is being occupied, right? Their freedom shackled. It just so happens that there are different kinds of freedom, and much as we dislike what we deem to be non-liberal thought, also has a right to exercise its freedom.

Those who are talking about how those who hate them must also be allowed to have their say are largely popular because of just such infamy. This ‘freedom’ affords them statues even if it is to facilitate pigeon droppings. It is the cult of the dishonourable, and some will fall for it.

There are positive aspects to such sites, but the opposition to a proposed code leaves one with a slightly distorted picture of the whole anti-system. It really is not a contrarian viewpoint but a ghetto that wants its own protection. Not everyone is capable of self-censorship. There are loose cannons. There is anonymity. The idea that it is the only truly democratic medium free of vested interests is a fallacy. Are there no agendas being propagated on the internet, no vested interests?

Who would 66A have helped?

It could be an anti-government crusader who is abused and can seek recourse to action. It could be an individual whose identity is being tarnished.

It is facile to assume that discourse against the establishment will stop. Before social networking, we threw out the British, we threw out a government that imposed the Emergency, scandals were exposed. That will continue not because of, but despite, revolutionaries with hash tags who ensure a trend for a day or so. 15 minutes of fame has just become a lengthened shadow.

It is anyway mostly the elite that not only get to use FOE but also define it, and hail it.The rest are seen as mere default beneficiaries owing their freedom to these benefactors.
By Farzana Versey at 3:43:00 pm