Raees and the Secularism Sham 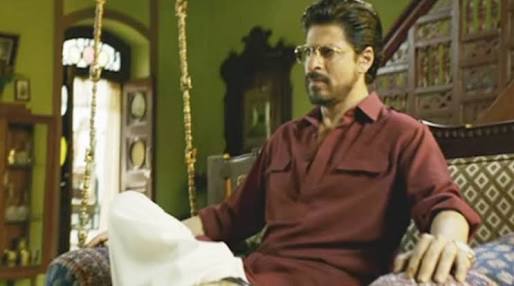 An Indian rightwing politician made a snide remark against Shahrukh Khan soon after the release of his film 'Raees':

"The ‘Raees’ who is not of his country, he is of no use. One should stand with a ‘Kaabil’ (worthy) patriot. It is now the turn of ‘Kaabil’ people of the country whose rights cannot be taken away by any dishonest ‘Raees’ (wealthy)” - Kailash Vijayvargiya


That was enough for the movie to get politicised and to become a political statement.

Generally speaking, all creative works can be seen in the light of a political message, including abstract art. But Raees got politicised because politicians and their sycophants started talking about it. It wasn't organically viewed as political.

Those not on the right decided to take this to further their own idea, and in doing so they've missed the important nuances that convey exactly the opposite of what they are praising the film for – a brave attempt at projecting a real Muslim character. This is not the first time. Muslim smugglers, criminals, bootleggers have been quite common in Bollywood, whether or not they turn out to be intrinsically nice guys. 'Raees', in fact, does little more than projecting the good Muslim through the majoritarian prism.

The trajectory was conveyed when the posters were out with the tagline: "Baniye ka dimaagh, aur miyabhai ki daring", the stereotype of the brainy Brahmin Baniya and the brainless machismo of the Muslim being firmly established not too far from Mahatma Gandhi's own portrayal of "the Hindu is a coward and the Mussalman a bully".

In one of the early scenes, the child Raees who has weak eyesight and cannot afford spectacles steals the glasses from the Gandhi statue. The daring miya has to borrow even his vision from a dead stone baniya.

Raees has no history, which means this is what Indian Muslims should be – ready to merge anytime in the mainstream. His mother picks and sells scrap and teaches him a lesson in dignity of labour and secularism – "Ammi Jaan kehti thi koi dhandha chhotaa nahi hota aur dhandhe se bada koi dharm nahi hota..."

The fact that he has from childhood been helping the bootleggers suggests a skewed perspective of his religion being as impure as the liquor in the land of prohibition.

The introduction of the adult Raees is a brilliant strategy. We see him beating his now blood-soaked back with chains during the Muharram mourning procession. It is very powerful imagery. Symbolically, situated in a different land in contemporary times, it also conveys Muslim self-flagellation and obsession with martyrdom. How often have we been taunted for crying victimhood? This only accentuates the "you brought it upon yourself" accusation often flung at the minorities.

The film puts the onus of secularism on the Muslim. The Hindu characters don't mouth any clichés. They are not made to prove anything. One review even mentioned that the film had dared to portray a character rooted in his faith and made him rise above it.

The worst and most offensive portions are the portrayal of the post Babri Masjid demolition riots and later bomb blasts. Muslim Raees can be accepted only when he feeds those affected. Yet, we have this pathetic moment during a cash crunch when one of Raees' workers suggests they could shut down the langar in the Hindu area. Our hero gets angry and states that victims have no religion.


They do not. So why does his wife pack a tiffin for Lakshmi chachi and not a Zakia or a Bilquees? What was our hero afraid of? Why were the Muslim victims invisible? We know about those days of 1992-93.

Worse, Musabhai who has helped Raees is shown to have deceived him to smuggle RDX, instead of gold. He assures that this will ensure jannat for him. What sort of secularism portrayal is this if you are going to dish out stereotypes the way news media does by inviting weird mullahs and even more weird suited Islamophobic intellectuals to bait them? 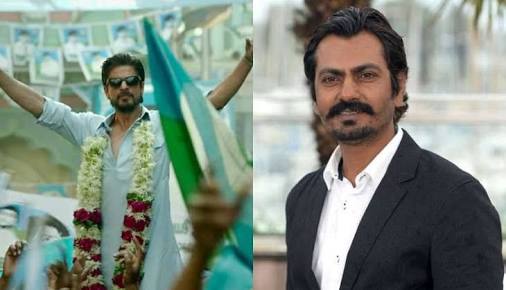 I'm surprised these triggers come from director Rahul Dholakia, who had made 'Parzania' on the Gujarat riots. Or was it input from Shahrukh Khan who had met Raj Thackeray to ensure a seamless release for the film?

It is problematic to applaud the Muslim character as hero as though it is an anomaly in a nation where 14 percent belong to that faith.

When criminal Raees finally has to accept a crime he has not committed, honest and tough cop and his nemesis Jaideep Majmudar (Nawazuddin Siddiqui) takes him to his dream community housing project and shoots him. This is poignant, even humane given how the character is, but the subtext is also about the possibility of extra-judicial killings, of people being bumped off without due process of law. When Raees poses that final pertinent question to the cop – "Will you be able to live with the burden of my death?" – one wonders if this will be addressed to those who run the system and have blood on their hands.