Tears dry on their own... 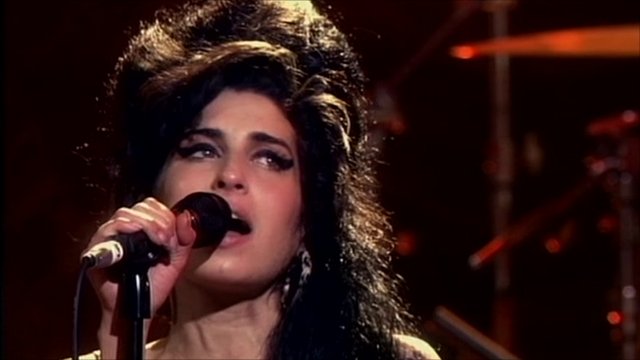 She died before she died. I was not much acquainted with Amy Winehouse’s work, but as happens with most of pop culture, I knew more about her than I wanted to – her big hair, her life larger than the moments that count. 27 is no age to die but it was probably not the age to live the way she did. Artifically.

Yet, what is so artifical about self-destruction? That’s what they said. Drugs, drinks, rehab. More than any of these it is the pressure to be out there, a voyeur watching your own antics with greater urgency than anybody else.

Just a couple of days earlier I read about the book that Britney Spears’ bodyguard wrote. He mentioned her unhygienic habits – she did not bathe for days, did not brush her teeth, did not use deo. He is a slimeball, but if any of this is true, it is a bit amazing that she did not care enough about herself for one in the job of projecting looks. Isn't this a form of self-destruction, too? He said she wanted him to join her in bed. Was it momentary desperation? Powerplay? Or just a young woman who wanted a warm body close to her, the body of a man who would detail her smells and sounds – her loud farts and loud laughs.

The problem is the business of being a rock star happens too soon. They are made to grow up, pump themselves with adrenalin and do the things that will not be acceptable. They are supposed to kick everyone in the ass.

Years ago, I sat on a park bench in Seattle. I did not understand the look of sadness that overcame faces of people who passed by as though it were a funeral. It was where Kurt Cobain used to visit; it had become a memorial. His death was replayed everyday. Elvis’s is. Jackson’s is.

Now Amy Winehouse will die again. And again. As she did when she lived. For she was meant to. And I am amazed that although these people are performers, they are not singing superficial stuff. They are snorting on sorrow as much as substances. The lyrics, even if they are macabre, tell of a truth we may not wish to accept. Our denial is their exposure.

Have we never at any point in our lives wanted to say something like:

I feel so small discovering you knew
How much more torture would you have put me through?
you probably saw me laughing at all your jokes
or how I did not mind when you stole all my smokes
You sent me flying – Amy Winehouse:

- - -
After I wrote this, I realised that 92 people have died in the blasts in Norway. So, why did I pen a piece on a person I know little about whereas I am aware of the consequences of terrorism and have analysed the motives so often from so many different angles? Such destruction is immense, and I do know that.

I think the death of a person in the public eye becomes personalised. There is something one can relate to, despite the 'distance' - geographical and in the details. For me, there is another reality. I had planned to post something that I have procrastinated about. Something has held me back. It lies curled up inside, a part of me that does not want to be a part of me and yet won't leave.

The words had formed and then someone else's words took over even as the voice has been stilled.