Did a woman backstab Osama? 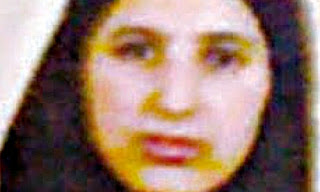 The Osama sage is not likely to end soon. After Pakistan saying that his wives were illegal entrants, the latest news is intriguing, although not implausible. Why retired Pakistani brigadier Shaukat Qadir would want to carry out his own investigations is, of course, a bit strange.

It looks like a neat cover-up job, for there are reports that bin Laden’s body was taken to the US and cremated there. Qadir saab could have written a soap opera:


“In the cramped Abbottabad house... Tensions erupted between Sadah, described as 'the favoured wife' and Khairiah Saber, an older woman who occupied a separate floor.”


Bin Laden's youngest wife also told interrogators that her husband shaved his beard and disguised himself as an ailing Pashtun elder as he leapfrogged between safe houses across northwestern Pakistan, eventually regrowing the beard after finally settling in the Abbottabad house in 2005.

Armed with this news, and despite being the favoured one, she squeals to the US intelligence authorities so that they can capture her husband? How did she contact them when she was probably hidden in there and a prisoner of sorts? Or, was she so favoured that Osama let her go to the market to buy eggs and perhaps those potency pills, and she let out little secrets to the shop-keeper who was perhaps an ISI agent?

Mr Qadir knows this old and new wives’ tales sounds a bit too ‘homey’, so he has another story as a standby:


"As a former soldier, I was struck by how badly the house was defended. No proper security measures, nothing high-tech in fact, nothing like you would expect."

Yet, for six years no one could trace him. Apparently, the former armyman has discovered that there were problems between bin Laden and his deputy Ayman al-Zawahri – no, not over the wives:


"This divide grew with time, and remained a source of tension until the day bin Laden died. His role had been diminished.”

The Obama administration is happy with this theory. Heck, it would be happy with anything. It helps them sell another story. Osama was a nobody, therefore it was not possible to locate him. His position was so inconsequential that now we have to find the new culprits, the new guys who will try to finish us off.

With Macbeth gone, Hamlet is holding a skull to keep the ghost alive.
By Farzana Versey at 8:22:00 pm