Of shooting orders, noses, and pictures that brutalise

President Barack Obama can kill anyone. Or, his administration can. Needless to say ‘anyone’ here means persons who pose a “threat”, and for the United States of America it is the al-Qaida. Now that it has done away with Osama, is moving out of Afghanistan, and is a bit strapped for taking any overt action against Iran, the target practice begins at home.

If the threats come from US recruits of the organisation, the President’s office can get rid of its own citizens abroad without consulting a federal court.


“Given the nature of how terrorists act and where they tend to hide, it may not always be feasible to capture a US citizen terrorist who presents an imminent threat of violent attack. In that case, our government has the clear authority to defend the US with lethal force.”

This is dangerous for a few reasons:


This move is just a carte blanche to do as it pleases, round up the usual suspects and make it difficult for ordinary American citizens whose origins are elsewhere. They may be second generation immigrants who have no links with the country of their parents’ birth.

This is not to deny that young people have become acutely aware of their identity. Part of it is brainwashing, and part of it is most certainly the result of being socially targeted without any cause. These are a few. The US is supposed to know a lot about everything that happens in the world, so why can it not keep a track of its own citizens?

Why did it insist on getting David Headley back for trial? How did this US citizen manage to visit India and Pakistan? The US did not capture him. He was handed over. And the story of what he did and why will continue because the United States of America does not want anyone captured. It wants to kill, and not have to answer inconvenient questions. 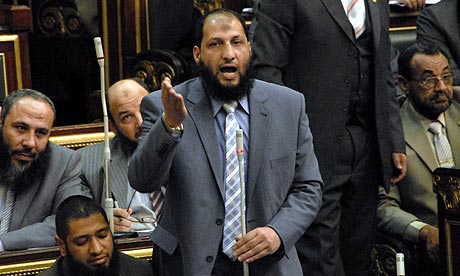 Cosmetic surgery is not halal. An Egyptian member of the Islamic Al-Nour party has discovered. Or, rather, he knew already, that is the reason Anwar al-Balkimy explained away his bandaged nose as the result of being beaten up by gangsters in a robbery attempt.

His fib was exposed and he was expelled from the party and had to issue an apology. However, there will be an official inquiry and if found guilty he might be imprisoned for “creating anxiety among the public” and “worrying public officials”!

Does the public care? If only some of these purist groups took a look behind the hijaabs, they’d find blonde streaks and heavy make-up. Men probably use quite a few things that make them look and feel good.

It is indeed possible that somewhere in the religious texts there is a provision for not tampering with the body. There was no concept of cosmetic surgery until a few decades ago. If a person suffers from severe burns, will there be no skin grafting? This is reconstructive surgery and is meant to repair the appearance, for it does not necessarily hamper the functioning of other organs. So, what is the fuss about? Perhaps, the MP had problems with breathing because of his nose structure. Or, it may as well be that he wanted to alter the shape because he felt like it.

He has not changed as a person, so his nose should concern no one but him and his god, if they insist.

You are seeing this photograph and are revolted. Everyone is. However, what does come out of this? Today’s Mumbai Mirror had a front page story on this one picture – of a man who survives by begging, has no one and lives on the streets. He was beaten up, and it transpires it was by the cops. The important thing to note is that this photograph first appeared in yesterday’s issue. The writeup expressed remorse and anger, but no one knew who the people beating him up were. In today’s edition, Pritish Nandy says "These brutes must be punished". But, when he states that people just stood there and did nothing, he forgets to ask: did the newspaper’s photographer do anything?

And this is the long caption that went with it:

On a pavement opposite CST, scores of people were momentarily distracted from their vada pavs and chai by the screams of this dishevelled man in the picture. The drama started around 2 pm when a group of six, carrying canes, ordered the man to get into a police vehicle, which already had around 20 others. When he refused, he was thrashed mercilessly; the lashings didn’t stop even when blood started gushing out of his forehead. Shopkeepers by the pavement said the man was homeless, and would often be found looking for food in the garbage bins. There was no confirmation whether the assaulters were policemen; the man was finally bundled into a vehicle, driven away to an unknown destination.

Apparently, somebody wrote this seeing the picture and talking to the photographer. It was a “drama”, and now we have a story.

Is it always about a story, and then the claim of being the first to ‘expose’ how callous we are? Are they not ‘we’? Brutality, anyone?