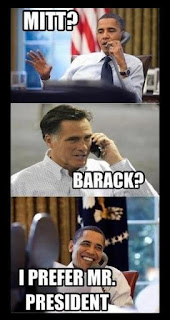 Barack Obama has not won. He just defeated the traditionally bad guy, like burning the symbolic Old Man year after year to herald a new beginning that would arrive anyway.

We had been saturated with analyses in the run-up, and the ones after the elections are not much different, except perhaps for the trivia and the jokes. For example, the one about Ann Romney heaving a sigh of relief that now she wouldn’t have to live in a smaller house.

Indeed, Mitt Romney was too rich for his own good. He could have been Donald Trump. In fact, he could have been so many things.  Even Sarah Palin, if one goes by his performance in the discussion on foreign policy. Or, at least, how the debate was perceived.

In an incisive piece in the form of a note to the Republicans asking them to cheer up because they’ve just elected a moderate Republican, William Saletan wrote in Slate:

“Remember how Democrats ridiculed George W. Bush’s troop surge in Iraq? Obama copied it in Afghanistan. He escalated the drone program, killing off al-Qaida’s leaders. He sent SEAL Team 6 into Pakistan to get Osama Bin Laden. He teamed up with NATO to take down Muammar Qaddafi. He reneged on his pledge to close Guantanamo Bay. He put together a globally enforced regime of sanctions that is bringing Iran’s economy to its knees. That’s why Romney had nothing to say in last month’s foreign policy debate. No sensible Republican president would have done things differently.”

The good thing about the American system is that it has two political parties. For those of us who have to deal with so many conflicting choices, this appears focused. The debates also tend to reveal a level of transparency. The ‘no more than two terms’ rule is also great.

However, what happens when the lines get blurred between the two major parties? Would people not have other options – independents are, well, independent? Aren’t the debates essentially reality TV, and a charade for the most part? Do people really decide based on banter?

President Obama has talked about finishing his work: “the best is yet to come”. While it is true that no political leader can complete the work, it does also imply an element of failure. It may be attributed to circumstantial factors, stubbornness or an attitude of trying to please some or please too many. This sort of optimism is a straw to hang on to when the winds are harsh.

Romney in his concession speech said:

“The nation, as you know, is at a critical point. At a time like this, we can't risk partisan bickering and political posturing. Our leaders have to reach across the aisle to do the people's work. And we citizens also have to rise to the occasion. We look to our teachers and professors. We count on you not just to teach, but to inspire our children with a passion for learning and discovery.”

Think of the months when the two leaders were flinging accusations at each other, of the lies that were tabulated, and of the humongous amount of money spent to prop up much-raking instead of anything concrete and you know that the people vote for what they think is their belief. It is this belief that will bring them out to celebrate, to stand up for what is good, to protest and to occupy, to get beaten up. Because, casting their vote is only the start of the battle. Promises do not ensure rights. For those, it is an ongoing fight.