India and Pakistan – a Perpetual War: Decapitation vs. Capitulation

Are India and Pakistan at war? If we take a pragmatic view, then there has never been peace between the two nations. Does this translate into war? Should crossing the border, killing soldiers, infiltrating be treated as war during peacetime?

On January 8, the Pakistani army killed two Indian jawans, Lance-Naik Sudhakar Singh and Lance-Naik Hemraj. It was made out to be as though they ambled across, fired at the two, beheaded one and took away the head as trophy or proof. But this wasn’t a random act. The mainstream media has largely been talking in terms of “giving them a bloody nose” whether it is stated explicitly or implied.

Combat across the Line of Control (LoC) where both countries are involved does not amount to “diversionary manoeuvre to push infiltrators into J&K”, especially if the Intelligence Bureau was aware of it.

Winters in Jammu and Kashmir were generally considered as downtime for infiltration, the snow making it difficult for such incursion. If the IB had tipped off the Army, why were there no adequate pre-emptive steps taken? This is where it gets interesting.

Pakistan has, expectedly, denied any such killings. But what has the Indian government done? It termed it “provocative action”. The Indian Army also called it “grave provocation”. If the ceasefire is not respected, it is beyond provocation. This is not some game.

“I think it is important in the long term that what has happened should not be escalated…We have to be careful that forces ... attempting to derail all the good work that's been done towards normalisation (of relations) should not be successful.”

Who are these abstract forces that want to derail the peace process? Unlike in most countries that have a dispute, here peace is the Damocles Sword that hangs over the heads of India and Pakistan. It is ridiculously forced and caters primarily to the commercial and elite classes that gain points at seminars and encourage exchange of artistes to uphold a common heritage. If the heritage is common, why do we need clones?

Has any treaty been signed without ho-humming about the Kashmir issue? No. So, let us accept that the two governments are not interested in peace or a solution to Kashmir. We treat such casualties as collateral damage for a non-existent détente. 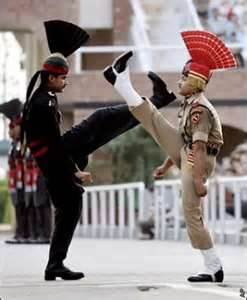 The two sides have taken position – away from the border – and ironically both are using the same excuse: non-state actors. This is particularly perplexing, for after the 26/11 attacks in Mumbai India had categorically blamed the Pakistani government and finally its ‘non-state actor’ Ajmal Kasab was hanged to death. This time, Home Minister Sushil Kumar Shinde has suggested that the mastermind behind those attacks, Hafiz Saeed, was seen having a chat with people across the LoC and therefore the Lashkar-e-Toiba could well be responsible.

How, then, can we blame the Pakistani government for being in denial? If this is an act of terror, then no government will accept the blame, even if there is complicity and jihad training camps.

Besides, between different versions of truth and lies, facts become the casualties. According to a Reuters report:

“The body of one of the soldiers was found mutilated in a forested area on the side controlled by India, Rajesh K. Kalia, spokesman for the Indian army's Northern Command, said. However, he denied Indian media reports that one body had been decapitated and another had its throat slit.”

The theory of provocation assumes that needling is part of our respective foreign policies.

From provocation to diversion is a small step. Pakistan accuses India of using such tactics to hide its own record of such unwarranted killings. Pakistani senator and member of the Parliamentary Committee on National Security, Mushahid Hussain, while accusing India of diverting attention from its domestic scandals, said, “Pakistan has its hands full with a full-blown insurgency inside its borders. It doesn't suit Pakistani interests at all to raise the temperature along the LoC.”

Such straight-faced analysis is at best amusing. The simplistic subtext is that we are so busy dealing with demons within that even if the devil aims at us we’d be too preoccupied to react. The fact is that for the Pakistani army dealing with inside forces is hardship posting.

The problem is that the armies of India and Pakistan, though vastly different, have a lot at stake. They need to ensure that the politicians are safe and always have an issue to keep the dispute machinery well-oiled. The nationalism of the two nation-states depends on it, not to speak of the varied responses of opposition parties.

The Hindu had a fairly balanced report that was slightly marred by its sensational beginning about how a grandmother, 70-year-old Reshma Bi, crossing the LoC “sparked off a spiral of violence”. This happened in September last year, and the report itself mentions how construction of barriers to prevent movement had been taking place for a while now, opposed by Pakistan. There are many grandmothers and grandchildren who have been separated.

The article quoted a senior government official who said, “Let’s just put it this way, there was no formal permission to stage a cross-border raid to target Sawan Patra. However, in the heat of fighting, these things have been known to happen. Pakistan has done this, and our forces have done this, ever since fighting began in Jammu and Kashmir in 1990.” Another military official said, “It is almost certainly a retaliation for what happened in Charonda. This kind of thing has often happened in the past, though it hasn’t got quite so much media attention.”

This could well be only one of the reasons. Pakistan has objected to the barrier for years. It is already equipped with state-of-the-art alerting techniques and electrified barbed wire fencing. If a grandmother can cross over, it would not be too difficult for lithe soldiers, not to speak of the more driven terrorists. 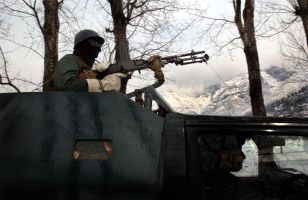 The LoC is a 460 mile stretch. By bringing villagers into the discussion, ordinary people are made into suspects. It also does not quite address the real issue of who is violating the ceasefire – India for adding more barriers to prevent infiltration (that seems nebulous enough to allow crossing over to the other side) or Pakistan for objecting to it and then taking an aggressive stand, which results in retaliation?

Many commentators are making a disingenuous comparison of the recent incident with the Kargil face-off in 1999. It is India’s nemesis. A father tired of demanding justice for his son because of the Indian government’s apathy has been forced to approach the Supreme Court.

Captain Saurabh Kalia, the hero has a road and a forest park named after him as well as a statue. His father does not think that can erase the torture he went through where his body was mutilated beyond recognition in a most inhuman manner. For 13 years his fight has continued: “I have approached three presidents. From all of them, I have just received one standard reply: 'Your letter has been received and would be forwarded for necessary action’…I am afraid every parent would think twice to send their wards in the armed forces if we all fall short of our duty of safeguarding the prisoners of war and let them meet the fate of Lt Saurabh Kalia.” (He was promoted on the battlefield.) If this had happened to American or Israeli soldiers the culprits would have been hounded around the globe. I received assurances from the government, but in due course the matter got diluted.”

Here, it must be mentioned that the Armed Forces Tribunal had dismissed his case on the grounds that it did not come under its jurisdiction. Pakistan cannot take action against its soldiers because they say they have not been identified. It is a bilateral government issue.

There is a constant demand to take these incidents to the International Court of Justice. The Geneva Convention does have a small provision for peacetime intervention, but there will be splitting of hairs whether such cases fall into human rights abuses. If there is aggression from both sides, there may not be scope for parity in justice.

In this particular case, there is also the obvious problem of the LoC not even being recognised as an international border. It is a mutually agreed-upon division between India and Pakistan to have a ‘no-man’s land’.

A day before this incident, Inder Malhotra had written in The Indian Express about General Ayub Khan after the 1965 war with India “…he was deeply worried that his people, misled by his government’s false propaganda that Pakistan had won the war, might not accept a ceasefire on the terms set by the UNSC. Since Pakistan’s entire strategy was to use brief military action within Kashmir to force India to negotiate on this ‘core issue’, he insisted that the ceasefire be accompanied by an agreement to ‘settle the Kashmir issue through negotiations and, if necessary, arbitration’. Indeed, he seemed convinced that he could shame his American allies — who had ‘betrayed’ him after the ‘Indian invasion’ –  into supporting Pakistan over the inclusion of Kashmir in the UN resolution.”

It is pertinent that while Pakistan has wanted to internationalise such cases, India has been reluctant. It is good policy. However, the intentions are not as simple as they appear. (On a tangential note, it was shocking to watch an Indian armyman on a panel discussion state that we should have bargained with the United States for leverage over Pakistan by using our commercial markets as bait.)

The moment any activity in the region is taken to an international forum, the army’s own record detailed by the International Human Rights Commission will come tumbling out. And there are clear provisions to protect the civilian population according to the Geneva Convention.

This fact is known to the separatists who have often demanded that their cause be given a global platform. The mainstream media pulls them up for being anti-national. Yet, the past few days television channels have been shouting about how the government needs to take it up with a ‘third party’. Any government that needs outside assistance – unless it is a non-partisan intervention during wartime – is insecure.

Unfortunately, we are willing to use this insecurity as bait. “What kind of animals do you have?” asked the host on a news channel to a participating armyman in Pakistan. The provocation had moved into the confines of a studio.

“Remember Kargil?” he prodded. The Pakistani shook his head and then said, “Yes, your soldiers were crying.” This is what happens when the war lands up in the studios. One might add here that Kargil was India’s first war with Pakistan where the bunkers became TV news. This formed the template for what we are seeing today. The real-time accounts of blood and gore generate extreme aggression in the peaceful populace that is even sold peace aggressively.