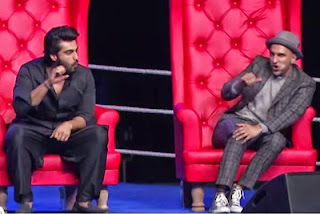 When a comedy show that has managed to bring out the closet bad taste in comedy elite to openly vouch for it offers unconditional apology for hurting religious sentiments, does it have a leg to stand on where freedom of speech is concerned? More importantly, will those who stood up for it now feel let down?

In the most recent complaint against the AIB Knockout, a Roast organised by the All India Bakchod (AIB) group of comedians with Bollywood stars Karan Johar, Ranveer Singh and Arjun Kapoor, the Catholic community was upset. In its response, AIB wrote:

It may be relevant to mention here that during our interaction with the archdiocese, both parties agreed on another important thing; these matters are best solved by frank, patient conversation, not by pointless rabble-rousing or politicization or by taking up adversarial positions for the sake of eyeballs.


Till just the other day, they and their cheerleaders were talking about the right to offend and how terrible it is to be touchy. It is quite obvious that this new-found need not to grab eyeballs is a result of some chastisement from those with hurt sentiments over jocular mentions of the virgin birth and altar boys. If all expression is to rely on seeking permission, then quit the grandstanding about breaking the mould and feeding the unpalatable truth.

Nothing exposes the hypocrisy of a society better than how it treats freedom — its own versus that of others. It is invariably about Us vs Them and it does not matter if Us agrees to apologies to Them.  It was anyway about a selective sense of outrage where one version of the outrageous was okay.

Professional liberals who spend their waking moments trying to be politically correct are holding a candle for all that is politically incorrect and offensive. When AIB took down its YouTube video, there was more breast-beating. It would not do well to highlight that the organisation had said they were not threatened and they were only being pragmatic.

The first complaint was from the president of a Hindu sounding organisation, which said:

"The show, which can be seen on YouTube and other websites, was extremely abusive and it is not only ruining the clean image of the Indian culture & women, but is also misleading today's youth."


This business about the clean image of Indian culture is ludicrous, because culture is certainly not the moral prism of one group.

However, the posting of pictures of ancient art in response to this does not serve to make any cogent point. If we do not wish to wind the clock back, why use the examples of temple sculpture? At the very basic level, those sculptures were supposed to be a celebration of the body and sexuality. The Roast was about insulting these. The jokes were the sort most people are done with by the time they've finished college. So, the content was not a surprise, although there was an attempt to promote it as bold and shocking.

The reason I don't have a problem with jibes at girth, sexuality, colour is because nothing should be sacred if everything goes. The debate on freedom of speech has impeded what should be a more serious discussion about 'taking it'.

We had two young Bollywood actors seemingly being sporting about the digs at them. I say seemingly because the jokes were already vetted by them. They knew what was coming, so they were prepared with their spontaneous jollity. In the event, one wonders just how accommodating they were and whether vetting itself is not a form of censorship. 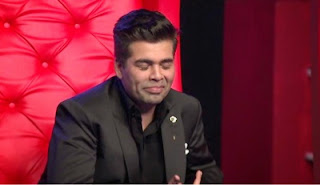 In the event, director Karan Johar's sexual orientation being discussed was not a surprise to anyone, including him. His social career is pretty much about it. His adding nuggets about his favoured position just made him more accessible to the posh crowd that usually likes to fake liberalism.

If his sexual preferences were so normal to them, why would there be the awkward guffawing as though it is not? Karan Johar revels in being the lonely guy despite a hectic public life, so all of the jokes played according to script.

Similarly, why would a Ranveer Singh, who does not have too many hits to his credit, mind if he is portrayed as a playboy? Or why would an Arjun Kapoor who is typecast be bothered about references to it when that is how Bollywood gives you a niche? These are all safe areas.

Yet you have people talking about how the show pushed the envelope, when all it did was get some 4000 people, many friends and families of those participating, to buy tickets that cost Rs 4000 and laugh publicly at old jokes they've laughed over privately. The money collected would go to charity, which immediately gives all elite liberals an opportunity to make a conscience argument.

The organisers had already expressed concerns about backlash, not just from the political class but the industry. How come nobody questioned probable pressure from the latter?

It is rather obvious that much of FoE in these instances is about the right to air inside jokes. Add to it is the belief that these would never be seen as vulgar. They run down folk humour that uses lewd language and double entendre, but expect different standards if these are in English.

Would liberals enjoy being the butt of a Roast? How about the TV anchors and martyr editors of mainstream media who stand up for such freedom — wouldn't it be nice to see them as the subject of a good Roast?

The fact is they would not like it one bit, and might try to scotch it in their own patented devious ways. The "if you don't like it, don't read/listen/watch" argument gets a bit tiring and fake, especially if the urbane talk about shutting down an Astha channel and how the media should not entertain discussions on ayurveda.

This should tell us that freedom is not the fiefdom only of those who talk about it in a socially incestuous setting. They cannot have a problem with others objecting because freedom also means the right of others to object.
By Farzana Versey at 5:18:00 pm