“It is life, I think, to watch the water. A man can learn so many things.”
― Nicholas Sparks

There's no water. The overhead tanks were being repaired. By the end of the day even the lone bucketful was depleted and only a couple of jugs could be filled. The jugs became a symbol of all that a daily routine, and life, represents. I became suddenly aware of even drops being wasted.

Strangely, I also became conscious of sweat. In this humidity there can be embarrassing perspiration. However, I'd let the beads of sweat remain on skin; it's as though they were replacing water.

Bath was a towel dipped in water to clean up, followed by lots of wet wipes. If you can't have bread...; the awareness of being elite comes soft-footed. It comes as bottled water and as images that make you cringe, even if momentarily, about the many who walk miles to get just one bucket, about those who have to pull and tug into wells, who have to wait before water taps in a queue, who collect water near rivers where flotsam coats the liquid, who bathe in any collected pool of muddy water, who sometimes die because their thirst was unquenched.

These are images for us. For them, it is life. 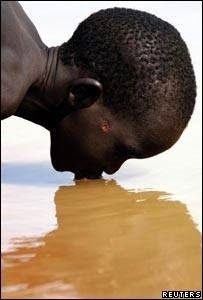 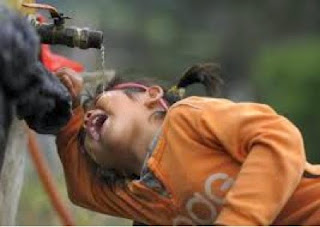 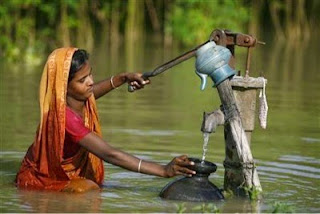 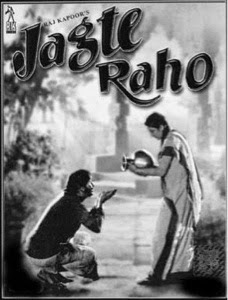