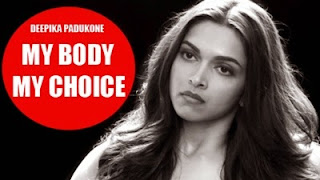 She was articulate, but helpless too. "My having a love child is a scandal, but X as a celebrity is considered bold," she said.

This was her cathartic moment. I was meeting her for a theme-based feature story; at some point she just let out her frustration. I gently told her that the famous often become gossip items, even as they might feel emotions similar to anybody else.

"I am not talking about them, or even X, but how society sees it. They may gossip, but she is still invited to the big parties she always was, she continues with her work and, why, she has more work today. She is not shunned. I am."

X was a well-known person who had a child out of wedlock. The father was an even more famous person. They were, and are, what constitutes the beautiful people of high society. The woman sitting before me (let us call her M) was stunning, but did not belong among the beautiful people. She was a professional, had a fairly visible social profile, but was not a celebrity. And she had a child without marriage. For that one aspect, her whole life became subject to scrutiny.

She had exercised her choice. So had X. In fact, hers was the braver decision because she made a private choice and did not cling on to the man because their terms of engagement had been clear. X, on the other hand, had a public deal and the child was subsequently made into a bait. Yet, both these women had decided what to do with their lives. Why was the response to their choices then so different? M and X had similar friends. What made people react differently to the two women?

All this happened several years ago. I was thinking about it after the Vogue-sponsored empowerment video 'My Choice' became a huge talking point.

Women's empowerment seems to be treated like a marketing gimmick these days. It does not surprise me that some people think it has enabled a debate on feminism. This Swarovski version of feminism does suit certain sections of society because the people featured in it either mirror them or are what (or where) they'd like to be.

There has been much discussion already, both for and against. What bothers me most, besides the jejune script, is the emphasis on the body. I find it distasteful not because the body is something to be shirked, but because it has to be accepted as a normal part of one's being. The mass media objectifies it not only for brand endorsement, but also the self-conscious attempts at 'celebrating' it. We can celebrate a sculpture, not human flesh.

Unfortunately, the social media is incapable of grasping nuance, so those who critiqued the video were seen as the flip side of the rightwing coin. Some Hindutva groups did indeed question it but on moral grounds or how it was the result of western influence.

Criticism is not as uniform as praise. People have issues with a subject for more varied reasons than when they appreciate something. For me, the emphasis on choice makes it seem like it is an abnormality. There are several self-contradictory statements too.


You are my choice. I am not your privilege. The bindi on my forehead. The ring on my finger. Adding your surname to mine. They’re ornaments. They can be replaced.


Fine. But why have them at all? And who are these ornaments for? Him, right? So, she will replace one set of ornaments for another, but it will be an adornment for him, whoever he is.

My choice. To be a size zero or a size fifty.

And to show a pregnant woman as a large size? Besides, it is not always a choice. Some women (and men) become obese and then suffer from debilitating ailments; some lose weight rapidly and suffer too (I won't even go to malnutrition).

My choice. To come home when I want. My songs. Your noise. My odour. Your anarchy. Your sins. My virtues.

Why do her songs become his noise? Is that what she wants? Or is it what he tells her, or she imagines he would tell her? What is she asserting? How does her odour become his anarchy? I mean, give it a break! Would her deodorant then be his discipline? If his sins become her virtues, then are her virtues his sins? This is so much poppycock. As regards asserting that she will come home when she wants, it sounds less like empowerment and more about a teenager raising hell over curfew timings.


The response to this has been the most widespread. Some have said it is licentious, others have stated that men should then claim similar choices. That is the reason I think it is problematic: this seemingly bold pronouncement would free men to not only do their own thing even when they are in a committed relationship but also use it to bully their partner when they might wrongly suspect her. How two adults choose to conduct their relationship is a private matter and intensely personal. Some people choose fidelity too, but the moment it becomes a pulpit statement it comes across as moralising.

As for celibacy, Mahatma Gandhi chose it; his wife Kasturba did not. She accepted it later. Would this be her choice?

It would be unfair to pick on Deepika Padukone for she is only a medium here. But, given that this is largely Bollywood, how come she or even the director did not think it fit to show women demanding more, if not (why not, though?) equal pay? The entertainment industry for all its liberal values refuses to see women as being financial assets on par with their male counterparts.

It is everybody's right to have an opinion and voice it. What is rather troubling about such promotional concern is that it is not meant for lasting impact. Go viral, bask in it for a few days and then move on to the next cause, preferably about women. Because, whether it is a woman's body or her spirit, there are infinite possibilities to exploit her.

Yes, she is infinite. However, her spirit does get caged when she is made to mouth bad clichés.
By Farzana Versey at 11:54:00 pm