Laloo is the mouse that's licked all the cream: Bihar elections 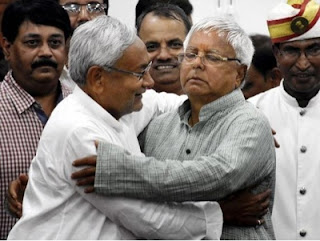 Like many others, I too have been riveted by the Bihar elections. Or, rather, its coverage. And the feeble response to and recognition of the man whose party has got the maximum number of seats. RJD chief Laloo Prasad Yadav is being treated as a side dish when he is the main course.

The media influence has resulted in drawing room opinion that he will pose to be an impediment to Nitish Kumar, leader of the JDU, an ally in the Grand Alliance, and Chief Minister of the state. "Laloo will try and halt development," they say, when the whole country is wondering how development has in fact been about benefiting only a few. If anything, Laloo should most asseetively work as an opposition within to keep Nitish Kumar on his toes to ensure development for everyone and not just the chosen ones.

Bihar, even its cities, does not really qualify as urban in the metro sense of the term. However sleek the new roads and development the new anthem, the ethos of the state is grounded in a more basic sense of roots. Denial of this beneath the blanket term progress, or even secularism, would mean denying the majority of its population an identity.

The slur of "backward" for Lalu is essentially an insult to those deemed "backward caste" for centuries. But, as he himself had stated with some arrogance long ago, "Jab tak samosey mein aalu, tab tak Bihar mein Lalu." It was, and is, as basic as that. 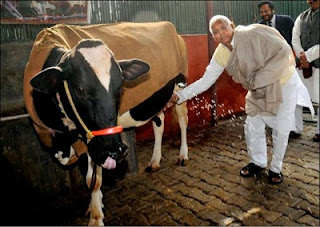 When the chief minister of Bihar, one of India's worst-ruled states, organises a mother or father of all rallies, there are sniggers. Laloo Prasad Yadav has become a joke but, let us be fair, he is not quite our Dan Quayle.

In fact, he is good for our culture. He is the living example of the virtues of being oneself. Whether elections are rigged or the coal mafia rules, Laloo remains Laloo.

The Yadav who has made it big suffers from the pride of the lowly for their humble background and the insecurity his new position has thrust upon him. That is the reason he is slightly brash. He is up against everything -- hypocrisy, stereotypes and our congenital pigeonholing of men in power and how they should behave.

Yadav behaves in no particular manner. He has no set agenda for his politics or his life and, in a world that is getting increasingly ideological (never mind that the ideology is to blow up someone's brains), this might seem like a classic case of spinelessness.

Instead, he comes out trumps. He has made this an anti-establishment stand, though riding on the back of the establishment is his unique selling point.

I don't care what his motives are. When he appointed Harijan priests in temples and Harijans as Shankaracharyas, the media response was typical: it was a political gimmick rather than a reform measure, they said. This is only partially true, unless you insist on wearing blinkers of doubt. Here, Yadav was "testing the Hindu religion."

It would have been far more dramatic and gimmicky had he put a brahmin on a donkey and paraded him through the streets.

To suddenly upturn what, for centuries, has been the status quo requires guts. This is not mere symbolism. He has put those who were considered the scum of the earth into the most sanctified position; he has legitimised their place in society. He may look like a country bumpkin but it is no more passé to be so. Because there is a certain confidence instilled in the people who have been at the receiving end of atrocities.

In a country where 180 million people belong to the scheduled castes and scheduled tribes, we still have a situation where action for crimes committed against them is slack, despite untouchability being forbidden by law by the Civil Rights Act of 1955 and the Scheduled Caste and Schedules Tribes (Prevention of Atrocities) Act, 1989. Yadav is not the panacea; he is merely the looking glass; he has shown that it is possible to hold your head high wherever it is you come from.

How, then, can anyone dismiss Laloo Prasad's efforts only because, as a lot of academics are fond of saying, they come naturally to him? We have the amazing ability to transfer our tunnel vision into overviews - they sound so much more authoritative. Hence, Yadav's looking after the interests of the lower castes is considered a one-dimensional approach.

This is what has kept Harijans in a bind for years. In Bombay, there is a small colony where sweepers live. On my visit there once, they were celebrating Dussera. For the first time, I realised how important these festivities are for them -- while the ghettoisation is complete, this is the one time when it does not become circumscribed.

I know that talking about Harijan values may seem like a very patronising thing to do, but there it is -- a nice little hierarchy wherein one scheduled caste person is superior to another.

These are the lessons history has taught them. That equality is a myth. That someone has to pip someone else to the post. That tomorrow is not another day, but a continuation of today as today was of yesterday. That you are stuck for life.

And in this marshland appears Laloo Prasad Yadav. Not to tell us about the lotus in the gutter or the phoenix rising from the ashes. But about how cheese balls sometimes fail to become rat-traps. He is the mouse that's licked all the cream.