Ghalib Guru and the Media Circus 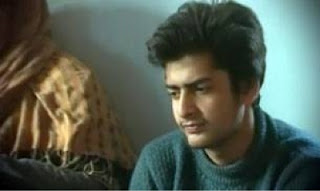 Should the son of a man considered a terrorist be feted for scoring 95 per cent marks and topping the 10th board exams?

Afzal Guru is now legend. He was hanged to death for his supposed role in the 2001 Parliament attack. He was an educated man. His son Ghalib, named after the poet, seems to be academically inclined too. He is now in the news. Mainstream newspapers are doing profiles on him. Are they, in the process, already profiling him as the heir?

This is my concern. It is not in the same league as sensationalists glorifying a criminal for copy. In this case, the young man is being pinned against a wall on which they've already stuck his father's posters. It is not Ghalib the media is interested in, but the ghost of Afzal Guru.

Probably the worst line of questioning came from The Times of India. Sagarika Ghose starts with these words:

"The Pathankot attackers said they wanted revenge for the hanging of Afzal Guru; and in the Kashmir valley, Afzal Guru's "martyrdom" has becoming a rallying cry in the valley. But Afzal Guru's 17-year-old son Ghalib Abdul Guru says he has nothing to do with the azaadi (freedom) sentiment and wants to become a doctor and study at AIIMS."

This is such a cheap shot. By including the recent attacks in Pathankot, the interviewer is updating Ghalib's profile. There are many doctors, who have studied at prime institutes, who continue to believe in azaadi. The two are not at odds.

The interrogation is sneaky with the subject being given key queries from which there is no escape. Since this is not a Q&A format, the inquisitor can get away.

Ghalib is indirectly quoted as saying he wanted to get an MBBS "just like his dad" (interviewer's words). This is followed with:

"I used to meet dad in prison. The Crime Patrol told me he had done something bad and had hurt some people that's why he was in jail. When I met him he used to tell me to study hard all the time and do well at my studies, to look after my mother and read the Quran."

Isn't it clear what is going on here? The boy is being prodded to talk about his father. This guy is happy with his marks and a journalist goes on hammering him not about aspirations and how the young in Kashmir think, but about Afzal Guru.

What are his memories of his father? "I don't remember him very well. All I remember is he used to always stay with his books, always reading and studying. He used to tell me to do the same. He used to say everything is in the hands of the Almighty. Whatever is written in your naseeb (fate), that's what will happen."

This gives Ms. Ghose another chance to pounce with, "So is Ghalib also religious?" Not "is Ghalib religious?" but "also religious". Like his father, like the man who he seems to be following, from medical practice to the Quran? This is what the media likes to build up.

When he says, "I want to work in Kashmir because there is a shortage of doctors here. I wanted to also join the IAS, but my family was against that", the brave questioner has nothing to ask or say. No comment on how the youth of Kashmir wanting to contribute to it is more mainstream than some weird idea of allegiance to the nation.

It is pertinent to note that he wanted to join the Indian Administrative Services, but his family opposed it. Many young people start out with naïve dreams, but the past returns. It is not what they inherit but that history does repeat itself in circles of deceit.

Towards the end of the interview, we get this:

What does he think about the Pathankot attack where the attackers claimed they wanted to avenge the death of his father? "I don't know much about that. People should not try to harm others. But yes if the Indian government has done something wrong then they will be punished.

And does he agree with the azaadi sentiment? "I don't think about that. I stay with my studies and my work. I work very hard as that's what my mother tells me."

I do not expect a 17-year-old not to be politicised, especially one who is surrounded by politics, and who has to bear the burden of being the son of a shaheed. But why should he be dragged into such indirect battles when the media claims it is celebrating his 94% achievement? To end the interview in this manner seems to be projecting a future martyr.

A reader left this comment at the end of the piece:

Why are U championing the son of a terrorist as if he is some great Yuga Purusha? There are countless children of soldiers who excel in their studies and career. Why dont U feature them? For all that U know, this son of a 3rd rated terrorist and traitor would still be supporting his father and his philosophy of Jehaad and may be nursing a feeling of revenge towards the nation for the hanging of his father...

This is how deviously some liberals work. They seem to 'champion' a cause, so that it plays right into the hands of patriots frothing at the mouth. The reason they do not feature the children of soldiers or others is because the real aim is to highlight jihad, draw people out so that others perceive it the way this reader has. (Note the last sentence here and of the second last para of Ghalib's interview.)

Such binaries emanate from their own comatose perceptions to benefit only themselves.
By Farzana Versey at 8:13:00 pm