Of naked gods and the cover-up jobs 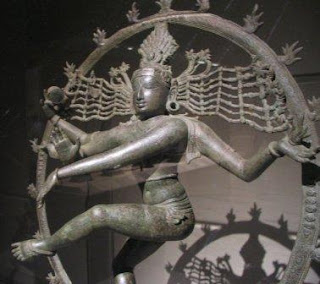 Another nude portrait, another outcry.

We are back to the same old argument about freedom of expression. The artist has gone on the defensive saying that his untitled oil and acrylic painting was not of the Hindu God but just an anthropomorphic image of God. “My thoughts have been expressed through these paintings. People have a right to disagree with my work but my right to express my views cannot be curtailed. The work is untitled because I want people to interpret it on their own.”

With this statement he is handing over to the protestors a long rope to hang himself with. For, by his logic, their interpretation is valid, too. I don’t understand how giving a title can prevent people from interpreting a work as they wish. Do artists assume that if they title their works, then only their interpretation must prevail?

People have already commented on how the cult of Shiva has nude images, including the blatant worship of the Shiva lingam (Shiva’s phallus). These have mythological, and symbolic, meanings. No one is going to destroy the temples because of these depictions and no one has a problem that the works are titled or understood to be clearly what they are. 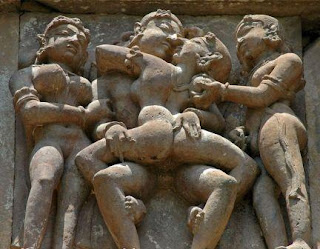 There is this rather silly notion that because India has given the world the Kama Sutra it is a more liberal society. These texts were written in ancient times when tribalism was the only culture. The refinement of material aspects of life has led to a different sensibility. The sculptors of temples were not thinking about metaphors the way contemporary analysts do.

Interestingly, the same analysts will see a real nude on the centrefold differently, perhaps even with disgust over how gauche it is, quite forgetting that a real woman or man has posed for it. Therefore, what does freedom of expression really mean, then?

Artist Atul Dodiya’s words, “India is a country with diverse traditions which is why certain people may find some things disturbing. But as long as the intent of the artist is correct, it must be understood. Artists, on their part, must not paint to offend, shock or provoke the viewer” are completely off in this context.

Who is to define the intent of the artist and its correctness? And what does he mean by an artist “must” not offend, shock or provoke the viewer? Are the viewers a single body of people with identical thoughts and ideas? What is wrong with provoking? Without provocation there can be no further exploration. Must the viewers be spoon-fed and swallow only the artist’s version?

Even calendar art makes people react differently as does the concept of beauty.

If the artists owe any responsibility to, it is to their idea of aesthetics and their ability to stand by it. There ought to be no room for scurrying away with a weak ‘untitled’ and use that as an excuse.

Had Das been upfront and said, yes, his work could be seen as Lord Shiva, he would have made more sense.

No one has seen god and god ‘creates’ us naked. So, is god offending, shocking, provoking the maternity ward, the first viewing gallery? Is god exploiting the human?

Image 2 is a sculpture from the Chitragupta Temple