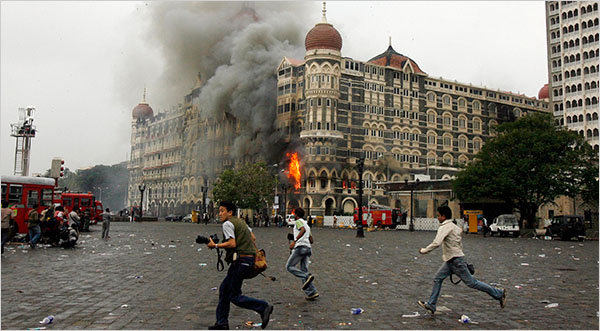 A tony university will naturally have its eyes on the swish. Yet, there is something unnerving about a case study at Harvard Business School on the role of the employees at the five-star Taj Hotel during the Mumbai attacks of November 26, 2008.

The multimedia case study ‘Terror at Taj Bombay: Customer-Centric Leadership’ by HBS professor Rohit Deshpande documents “the bravery and resourcefulness shown by employees” during the attack.

The study focuses on why Taj employees stayed at their posts, jeopardizing their personal safety, in order to save the hotel guests. It also tries to study how that level of loyalty and dedication can be replicated elsewhere. A dozen Taj employees died trying to save the lives of the hotel guests, during the attacks. “Even senior managers couldn’t explain the behaviour of the employees,” Deshpande said.

He added, “Even though the employees knew all the exits in the hotel and could have easily fled the hotel building, some stayed back to help the guests. These people instinctively did the right thing. In the process, some of them, gave up their lives to save the guests.”

While there is no dispute over the bravery, has any study been done about the saviours at other places where these attacks took place and where several others occur on an almost daily basis? What about flight attendants who help out passengers when there is an air calamity? What about the guards who are routinely killed trying to save people? Would HBS bother about smaller establishments and countries that are quite ‘under the radar’? And what about the several problems of labour: from fighting for wages to safety measures in the work area to being unceremoniously thrown out to having to run about to claim pension?

I do not wish to sound callous, but in this particular case it was difficult to figure out what exactly was happening. It is a huge hotel and all employees do not know about all exits. Besides, given the nature of the attack – guests taken hostage and much exchange of gunfire – was there any guarantee that using any exit would save them?

Why is the management surprised? Don’t they train their employees about service? In the hospitality industry, more than anywhere else, this is an important component. They have, at best, done a job in the most humane manner possible.

The fact that this study explores the need for a replication of such loyalty and dedication begs the question about how indepth the research has been. Are there no other examples? Have you heard of caretakers of places of worship running away when there are bomb blasts? Have you known of junior employees leaving the premises of big enterprises when they are under any sort of attack? Don’t the guards at banks get killed during a heist?

I find it extremely patronising when the HBS team claims under camouflage of romanticisation:


Another key concept of the study is that in India, “there is a paternalistic equation between an employer and employee that creates kinship”.

This is merely pushing the agenda of the ruling class. The equation is feudalistic in all sectors – of benign master and slave. The kinship is one where the employee swears to do anything beyond the call of duty. It is a gentleman’s unspoken word of honour that only those in the lower hierarchy can keep because they have no choice.

The employer may most certainly look after the interests of the employees, and there may be the annual general body meeting where there is a mention of “we are one big family”. Don’t forget, this includes the shareholders who need to be reassured that the company is doing great and it has a loyal staff. Such loyalty is bought with an unwritten agreement that implies there won’t be any special sops or protection. Compensatory packages are part of the contract. The courage displayed by workers helps build the brand of the master. What loyalty are the employers showing towards their workers?