History Through Her Lens 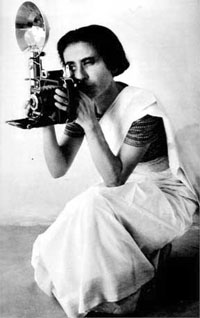 Homai Vyarawalla was always described as the “first lady photographer”, and the thought of someone tiptoeing with a little camera, gently clicking flowers and princesses came to mind. But, when we place her in those historical times, then being a lady was about being many things. And she was.

There is a lot written about her, her photographs of leaders. It is like tracing a period without the need for any other crutch.

These two pictures of Jawaharlal Nehru exemplify this.

1. There is deadpan humour in this one, going where you are not supposed to go. Was there a political message? 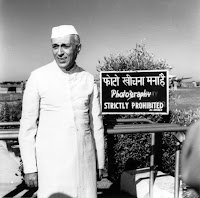 2. Here, the image is reminiscent of Michaelangelo. Nehru is releasing the pigeon, but the sky is overcast. One does not know whether Nehru is letting go or wanting to hold on to it, or perhaps reach the sky. It comes across as a pensive, yet optimistic portrait. I’d say it captures the persona of the man and the politician. 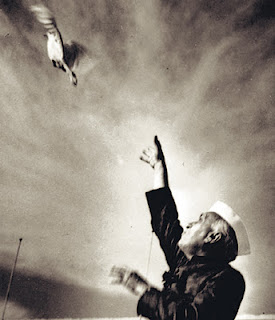 And of course among the many others; this is how an Independence Day dance used to be like: 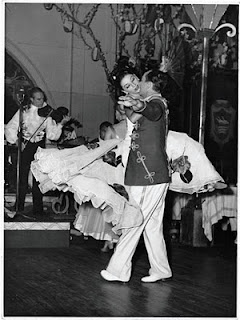 My fascination is with the way she treated her subjects. There is warmth and yet no obsequiousness. She seemed to be part of what was happening, but as a spectator. The black and white images, unfailingly adding a mystique, gave away quite a bit. It seems like a contradiction. It is not. The enigma was in the telling.

Check out more images curated by NGMA
By Farzana Versey at 2:34:00 pm