SMJImpact is a typically superficial and arrogant assumption that a television show has made a huge difference. We titter when any of the private channels, star anchors and even newspapers claim to expose cases. We raise doubts over sting operations. We question cops, soldiers, government officials and ministers even when there is palpable change. In fact, we do not see any impact when cases are cracked, when terrorists are stopped, when bore wells appear in villages or panchayats solve issues or women in rural areas form protection groups or become part of the cooperative movements. We do not care to see anything positive in political initiatives.

When did Aamir Khan become the ocean? Is Satyamev Jayate really having any impact? Don't we know of how corporate groups ensure that the 'good work' they are involved with gets enough publicity? It would be foolish to imagine that change is taking place. A film star host has become the marketing vehicle for different causes, not unlike Bill Gates. Except that Bill Gates forks out his own money. However, philanthropy is never a free lunch.

I did not write about the past three episodes. As I said the last time, one is not opposing everything. It is the stance that bothers me, and how a section of society helps in propagating it as the ultimate truth. If you need such a show to even know that domestic violence exists or to buy the one-dimensional view of the use of pesticides, then it is more sad than shocking.

Let me recap my views on a couple of aspects:

Domestic violence, we all agree, is a serious issue. It is not only about being battered. There are other aspects, and mental cruelty is considered a legitimate ground for divorce. Again, the emphasis was on show and tell, giving it a vicarious tinge. Also, while it is essential that women are self-sufficient, the law has some provisions. A TV show has no business to expect a superwoman to be manufactured in the studio. One of them said that after taking a beating from her husband for years, one fine day she slapped him and that put an end to the torture. The sound byte here was that you have to take that step when it first starts. That's not how it works. The first time a person does not see it as the beginning of something horrible. People are used to being hit by parents, so this is seen as another paternal figure.

At this point, I must commend activist Kamla Bhasin who explained the patriarchal construct.

The show now follows a pattern of bringing in one or two well-heeled cases to tell people like us that people like us also suffer. The host dramatises the moment by starting off with, “So, we think this happens among the poor, uneducated? No." And then he shakes his head, sighs, and brings on a lady with blow-dried hair/lipstick/jewellery. There are so many stereotypes here already, and it is rather insulting to both women because they are put in these boxes and the only thing that 'identifies' them are scars of a kind. 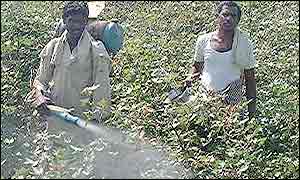 Pesticides are bad. But, Mr Khan should have asked his audience to put up their hands, as he does in school master style, whether they use mosquito repellants, DDT, and other sprays in the house. This was, of course, a show on pesticides in food, but he did begin by discussing how many women cook, go to the market to purchase their veggies. Yes, only women.

Do you trust the organic lobby? I am as confused about its intent as other packaged foods. In what appeared to be a truly revealing exposé on the use of pesticide, and I must confess  that much as I like the natural I have been disappointed with the 'movement', what we got was just one aspect. The host demonised one manufacturer, and it became a joke. How much did his audience know about organic farming? It is not only about paying a bit more. The organic product lobby caters to the ostensibly aware segment. They are supposed to be either rich or concerned about health, the latter has become a big money-making industry.

Unless grown in personal terraces or gardens using natural manure, nothing is without chemical traces if produced in bulk for the market. Fungicides are used in organic farming. It is a question of degree of how noticeable traces.

I am sure there are health benefits, but not unless you wash these as well. Do not assume that what you get in healthy packages is always clean. But people lap this up. A little study will tell you some nasty truths.

We are just not into that. It was pretty disgusting that the show started with a researcher telling us about how she found pesticide residue in mother's milk, because the woman had consumed non-organic food. I wonder how all those women with silicone implants would react! Honestly, there is too much of a good thing.

I have not watched the episode on alcohol abuse. Lyricist Javed Akhtar was one of the guests and spoke about his battle with alcoholism.

However, let me recount a conversation with an expat. She is impressed with the show. I am not surprised.

"Imagine, Aamir Khan got a respected man like Javed Akhtar to speak about alcoholism," she said.

"And he must have been feted for being frank, fearless, bringing the curse out in the open, opening the eyes of people..."

"It does. You realise how bad it is."

"You don't read the papers? You don't know of people who are addicted to drink? There were others too."

"But this is someone we identify with."

"What about Mr. Akhtar do you identify with? You are from disparate worlds."

"He is from the glamour industry, so it takes courage to come out and admit it."

"Sau choohe khake billi Haj ko chalee...anyhow, I read an article that quoted him where he said that drinking makes a person three things: 'ghinoney (filthy), gadhey (an ass), or both'."

"See, alcohol makes you like that too," said the lady.

"I don't think you need to be an alcoholic for that."

She is part of the "dream response" that has made Mr. Aamir Khan opt for another season. Obviously, he would not have done so unless he was "convinced", "moved", "sensitised". I should hope a lot of people discover life and different sorts of people, finally. And they can recall real people with similar issues.

Perhaps, we will get to watch a show with more celebrities in confession mode. How about the philanthropy partner's bossman Mukesh Ambani on his chemical industries polluting the environment? Or, how babus are bought?