What an Ikea, Sir ji 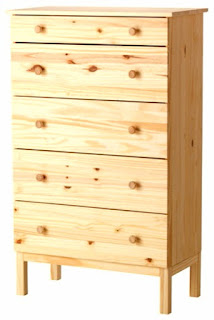 I like furniture with sharp edges. Not the best choice as you end up getting poked. It is the clean lines that appeal to me. Rounded and moulded appear artificial.

My room has everything made to order. Except a work chair and a holdall. It was created according to my specifications, which have changed.

That's the point. That's why we cannot snort over Ikea's move to invest $1.9 billion spread across 25 stores in India. We may not need some Swedish all-purpose standard designs, but it is adaptable.

Besides, there are already Italian furniture stores in most cities. They are expensive and use leather that is hardly conducive for our climate.

Will Ikea pose a challenge to Indian stores? To an extent. I've been to their outlets and, except for a mini easel to place my notes, I have not purchased anything from there. But I can see how it might entice people who are not snooty. Why, some of them too might stop by, pick up some things and add their designer touches.

Regular furniture stores, at least in Mumbai, are not user friendly. I once landed up in Malad in what looked like a nice shop. As what I wanted was not available, I was asked to visit the godown. After jumping over an open drain, I entered a smelly room. A sofa was patted and dust clouds formed in the air. "Imported," said the sales guy.

Great. It was worse than the shop in Chor Bazaar that made an antique roll-top desk. I still have it. The wood is sturdy and it holds everything. It even has secret chambers where I keep the menus of takeaway joints. Now that would qualify as a secret if I ordered food for guests and passed it off as mine!

I am sure Ikea will have some such secrets.

Indians who know about sleeping on the floor or on khaats still get excited about futons. Outsiders have cannily caught on that we are penguins and will even buy ice cubes.
By Farzana Versey at 10:33:00 am