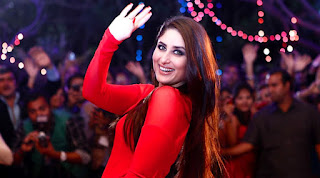 Her life is pornography. Even as their bare bodies are entwined for a few minutes of pleasure, Mahi Arora is capturing the scene on her camera.

I know a wannabe Mahi from years ago. Strange hands splashed whipped cream in her cleavage, crawling higher and lower than needed, the movements robotic. There was awkwardness in her demeanour. I watched this helplessly at a photographer’s studio. The girl and I both rookies, our silences bought by fake dreams. She was a struggling actress and I was there to capture that struggle, write about it, take the message to the world. I felt like a lowlife. And when I did speak, the response hit me: “We are preparing her for the movies.”

This was foreplay where everyone wanted to be a part of what might be a success story. Kingmakers, rag makers stitching clothes so close to the skin that the needles poked into pores.

The film Heroine has been panned by critics because it uses clichés. By turning away from clichés we often lose out on truth. It is superficial in parts because Bollywood is superficial.

The casting couch is a reality few want to accept even if they have made the mandatory visit to The Permanent Suite.  After the first time, it ceases to be about sex or even power. The “heroine ka rate-card” reveals how she is being degraded to fight for every endorsement, party invitation, paid guest appearance at some rich person’s wedding as the bride’s friend and not a celebrity. The diva is now a hanger-on, acting that part in real life so that she can retain the title of superstar.

I wept during the film not because Kareena Kapoor has torn every emotion to reveal shreds, but because I thought about whipped-cream Shanti. A name so common it had to be changed. It did not alter her destiny. Her foundation lay thick on the face, ending at the jawline, revealing another shade of neck. She was the tacky adornment in a few films that released in seedy cinema halls. Then, she disappeared.

I saw her a while ago at a televised award function. She was clapping away, her makeup a bit garish but not gauche, and a new body that she could afford to buy. Her rate-card had been made. She did not need to act anymore. Her applause was genuine. It was for a contemporary who had made it. She knew what their respective prices were. This was happiness projected.

Every day brings a new story of desperate measures to seek attention. Some years ago when I read about a starlet’s tale of woe, I knew there was something amiss. She called up a newspaper office in an agitated state to talk about a photographer who was blackmailing her. She said, “The pictures were taken of me in a bathtub, but there was no indecent exposure. It’s no big deal, but I just felt they should not be published anywhere.”

So why was she making a big deal of it? If she believed that a picture in a bathtub did not constitute indecent exposure, then what was she worried about? Nobody pushed her into it. She had posed for them, some had been printed, and she had not objected at the time. The photographer would not gain much, for the supply of women in bathtubs exceeded the demand. But, by creating a buzz, she sent out a message to those who mattered – the filmmakers – that she had no qualms about posing in such a manner. She had to rescue her soap bubble existence.

It is not difficult to understand the extent people will go to in order to become automated products in phantom factories. It is a cruel world and they unknowingly make it even more cruel by sleeping with the nightmare. Often, the women hang on to men, sometimes to further their career or to portray themselves as a hit pair or to enhance self-esteem. 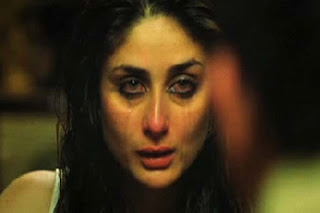 In Heroine a desperate Mahi, hands shakily holding cigarettes, liquor glasses, pills, eyes glazed with self-pity, is addicted to love. She clings to it and when she is tossed out like a squashed insect, its hair-like feet still writhing with life, she does not hesitate to use her private moments. She tells her PR agent to leak out the love-making clip with her star boyfriend. Had she captured it as a keepsake, or did she instinctively know that the only way to keep people was to be ready to risk losing them?

It happens with madams in brothels who were once prostitutes. They sting back at the new girls and the pimps with a mixture of benevolence and cunning. They are recreating their misery. The masochism psychologically scars them.

Heroine’s director Madhur Bhandarkar has created some caricatures. There is also pop psychology about people from broken homes and he is not as harsh on men. In a way, this works because the female star’s loneliness comes across more poignantly. She is leading an LSD existence, hallucinating about herself. Bollywood has amplified her persona, so when she sees it reduced in the bedroom or when her mouth tastes dust from the street, she internalises these as her own flaws.

Clark Gable, who had a number of famous Hollywood stars as conquests, said he preferred prostitutes. “Because they go away and keep their mouths shut. The others stay around, want a bit of romance, movie lovemaking.”

He was expected to recreate in his bedroom what he had done under the arclights. That is the fantasy many of them begin to believe. And they try out various ruses on fading magic carpets.

Mahi, beaten and defeated, leaves for autumnal Europe where she can deny who she is. Is there really any escape? The Bollywood she was a part of thrives on killing identities. It is always synthetic spring here.