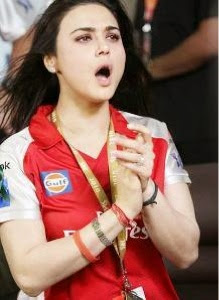 The problem with the Preity Zinta-Ness Wadia case is with the word molestation. As a feminist and one who would err on the side of a woman, I do have a few questions.

First, this is what happened: Zinta and Wadia are joint owners of the IPL Kings XI Punjab cricket team. They were in a steady five-year relationship, but had split quite sometime ago. They continued with the professional partnership.

The latest season of the IPL matches brought Zinta a lot of attention for her infectious enthusiasm and support of her players. Wadia seems to have been more a backroom partner, although given his background as scion of the Wadia business empire he certainly would take a call on financial matters.

On Thursday night, June 12, she filed a police complaint against him. Here is why:

On May 30, an IPL match between Kings XI Punjab and Chennai Super Kings was played at the Wankhede stadium. During the match, when Preity was at the Garware Pavillion, Ness reportedly accosted her and also bad mouthed her in front of many people.

She gave a written complaint following which an FIR was registered against Wadia under IPC sections 354 (assault or criminal force to woman with intent to outrage her modesty), 504 (intentional insult with intent to provoke breach of the peace), 506 (punishment for criminal intimidation) and 509 (word, gesture or act intended to insult the modesty of a woman), police sources added. 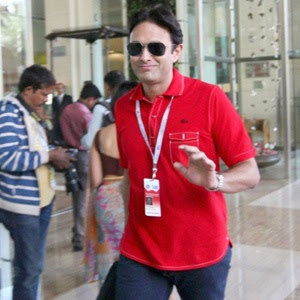 The police has acted quickly on her complaint that he accosted her, grabbed her hand and abused her before a bunch of people. Her complaint was converted into an FIR within a day.

This is how it ought to be, but often isn't. Besides, she had not recorded her full statement as she had to leave the city.

Now for a few points:

• This is important to her, so could she not delay her travel plans? She also took 13 days to file a complaint, again because she was traveling. Where are the priorities? We must understand that she is educated and is not striving to survive, and has a support system. This is not the case with many women who are forced to stay quiet. The impact of an immediate complaint would help investigators too.

• The Oxford dictionary defines molest as 1.Assault or abuse (a person, especially a woman or child) sexually; 2 DATED Pester or harass (someone) in an aggressive or persistent manner

Despite the public statements being more in the nature of the latter, it has been given a titillating connotation. Unless there is more to it than we do know, such loose references demean those who suffer from sexual/physical exploitation of the worst kind.

In fact, just recently the courts have announced that sexual force against a woman's will in a marriage will not be considered rape. There are cases of domestic violence and harassment at the workplace that rarely get heard.

The response is likely to be that Preity Zinta has come out in the open and it might help women, and she has shown courage to take on a big man.

It does take courage, but she is a famous person in her own right. That is the reason that the Mumbai Police Commissioner has personally ensured the case gets due attention and the Maharashtra State Women's Commission have demanded action.

On her Facebook page, she has raised some important issues:

"It saddens me that no one at work or around ever stood up for me in the past when i was abused and insulted publicly. This time i was left with no option but to take this stern step as this incident happened in front of way too many people."

I assume she is talking about the IPL colleagues and not the film industry, for she has thanked them. I am disappointed though that abuse for her is abuse if it is in front of way too many people. This is one of the reasons people do not complain about what happens behind closed doors. Some news channels are talking about how there has been a history of abuse even during their relationship, and she has now decided to not remain silent. It is astonishing that not only was she quiet all these years, she continued with the working relationship for another five years when she filed the complaint.

He has reportedly talked about his political clout and she says her life is under threat. Did all this transpire during that one incident? If such abuse has taken place (Ness Wadia says it is not possible as she is always "surrounded by bouncers"), then it clearly reveals the arrogance of the man who assumes no one would dare to oppose him. In a sense, he was right. She gave him 13 days of respite.

"Sometimes we are so ashamed and humiliated that we fool ourselves to believe that no one saw what happened. Everyone always looks away as if they don't exist or then we don’t exist."

I am afraid, but I have to ask this: is there more concern for reputation, of being publicly humiliated despite being a star? This is a problem with fame — their status as former partners in a relationship would make them 'untouchable'. Besides, the reports on the cctv footage mention that she was with family and friends. Did they look away as well?

"Ironically what happened at Wankade is being diluted by every other fabricated story about my character except the truth of what happened. I'm sure the witnesses will speak the truth and i trust and believe that the police will do their job fairly and quickly."

This is by far the most unfortunate aspect. Indeed, it is treated like a soap opera. Even worse, some who are standing up to support her are comparing her courage by calling other actresses bimbos without any context. The media and social media space has always sensationalised abuse, more so when celebrities are involved. Even director Mahesh Bhatt has used this opportunity to plug the film 'A Hate Story' by referring to this as one as opposed to the love story it was. Nobody seems to realise there has been no personal relationship between the two for a while.

"No woman likes to be involved in a controversy like this which makes her open and vulnerable for all to take a dig at."

There is no reason that a fight for one's self-esteem and against abuse should be seen as a controversy. It isn't. However, if anyone commenting on this case believes that it will be an eye-opener, then we are deluding ourselves and living in a cocoon.

Barely a few days after the Badaun gangrape, there has been another case. Every single day, it happens in some form or the other.

It is also time to ask whether the blanket usage of the word rape is counter-productive. While the violation of a woman's body/person in any manner is reprehensible and should deserve punishment, the media and the cops tend to divert their energies towards motives and extent.

That is the reason I feel that Preity Zinta is doing injustice to herself and the cause of women speaking up. She should have taken action sooner, and helped the investigations. Without a full statement, it appears that she is as privileged as Ness Wadia, who should have certainly not said that he did not imagine she could "stoop to such a level".

This is the usual damning indictment when any woman raises her voice. If only many of them would raise their voices. And that at least a fraction of those showing support now would gather around them even after the media glare fades.

Note: Had withheld this hoping for more information. Have decided to post it with the proviso that while no two instances are the same, it is society's attitude towards different victims that reveals how we are and will be.

Some reports have now added details about the case. Some of it is here.

The more I read about victim blaming/shaming, the more I realise that there is no sense of proportion. If we cannot compare this case with other instances of abuse, then why should we use the standards of other cases for this? The law applies the same sections for all, based on the complaint.

Some newspaper websites are carrying slideshows of her previous affairs. While she is called an attention-seeker, he is referred to as a mamma's boy, and his mother too is dragged into it. Wasn't there talk of a soap opera? Besides this, anyone with an internet connection becomes a commentator. Worse is that the 'concerned' are posting the insulting remarks by anonymous people, only adding to the shaming they are fighting against.

On the other hand, a TV channel was showing clips of her films, as though it was an award-winning moment.

Regarding her appeal for privacy, the case happened in the public domain, witnesses who were present there will be questioned, the police are talking to the media. And would respect for privacy have resulted is any support that she is getting?

I am aware of 'everyday misogyny' as much as any other woman, but I refuse to consider all crimes against women as "rape culture", a despicable and horribly misogynist term used liberally by feminists too.

Whatever anybody says is based on available material, and all speculation will rely on this as well as a general attitude. No one can take the moral highway on what is right or wrong. If this was not a one-off incident, then I do believe that Preity Zinta should see it as her duty to use her privilege and not just her right.