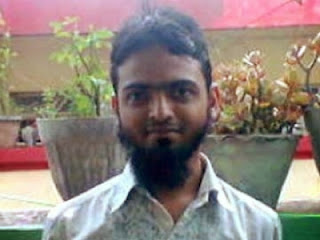 A young man is killed by a group of people. They ought to be arrested and questioned for the motive of the crime by the police. The courts would then pronounce a sentence, one hopes keeping justice in mind for there are signs that the man was brutally attacked.

This short paragraph will not make the cut, not as a news story, not for readers, not for TV viewers. So, let us fill in the details.

The man was a 28-year-old IT professional from Solapur, working in Pune. He had gone for his evening prayers and was returning home on Monday night. A group of men armed with hockey sticks started beating him up and continued to do so till he bled and the wounds were visible, and until he died.

Is this para enough? What is the motive?

The man's name is Mohsin Shaikh. The cops have arrested members of the Hindu Rashtra Sena. A senior police official said:

“On Monday evening, there were rumours circulated through the social media that stones were pelted at a Shivaji statue. This led a group of youths from the Hindu Rashtra Sena to take to the streets. They targeted Muslim settlements. Motorcycles that were found at the place where Mohsin was beaten up led to the suspects."

Prior to that, somebody had posted morphed photographs of Shivaji and Bal Thackeray on Facebook. That had led the HRS to vandalise 200 vehicles and create mayhem in Osmanabad District, where it was believed the post originated from.

Why was Mohsin Shaikh, who was in Pune, targeted? Reports say that a 'Nihal Khan' posted those pictures. It turns out that it was a Nikhil Tikone who did so. This is not new. Recall how the Sri Ram Sene members had hoisted a Pakistani flag on the secretariat building in Bangalore to create tension between the two communities.

In such a situation, one group sees the other as an opponent and it does not matter who actually is behind the mischief. Tikone chose to post as Nihal Khan, but why did he do so? Was he alone or was it a group backing him?

And what happens to the man who lost his life for nothing? His friend Riyaz who was with him at the time of the attack said:

"I was saved because I don't have a beard, and wasn't wearing a skullcap. Mohsin was targetted because he looked like a Muslim.”

This will be explained away as a hate crime. The problem is the other layers get ignored. He was educated, had a job and a decent salary. He was also taking up social space with confidence, and not afraid to show an identity he was comfortable with. The hate here is for all of these factors, besides his religion. The resentment is against a person from a minority community who is not browbeaten by people who are seemingly uneducated, unemployed, and easily brainwashed.

[Those who talk about madrassa brainwashing need to look into their own backyard sometimes, if for nothing else then to at least save themselves from being destructive.]

The Nikhils have a vague idea about another faith, but they feel threatened by the fictitious Nihals who manage to lead a life of dignity without compromising on their choice of food, clothes, and faith.

There is a reason, idealistic as it may seem, that I started out by not mentioning any details, especially about religion. Will such hate crime reduce when people realise they are not getting any mileage for puffing their chests to prove they are in a majority or a position of power?

These are fringe outfits, yet they get mainstream space. Ironically, they object to posts but use the social media to promote a rift. That is their target audience, and it is no more about affording a computer, a smartphone and a wireless connection. These are cheap and accessible today. Anonymity can also make people whoever they want to be.

Mohsin lost his life because hate has takers. Already, the fence-sitters are specifying that it is a Congress-ruled state. Does it matter? Uttar Pradesh is a Samajwadi Party-ruled state, Kolkata a Trinamool Congress state.

The point is that the culprits have been burning public property for a few days and are not afraid to flash their motive. It is such pugnacity that not only kills innocents, but might also get away with it. One, two, twelve culprits may get sentenced for a murder that is real. Hate is an abstraction that uses other means, other reasons to hit back. Who will try it?