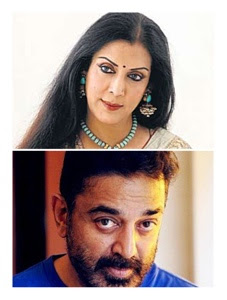 Kamal Haasan recently played martyr. It is fairly common for the arrogant and liars to play martyr. It is the prime ticket to a clean slate when you have moved on and reached closure, whatever the terms mean, for true closure should not result in constant bickering about that particular part of the past.

Kamal Haasan is an accomplished actor and filmmaker. He also has interesting insights into cinema, and social issues. Irrespective of how one views the choices he makes and has made, he has struck out. But that is not the issue here.

In a joint interview with his daughter Shruti, he chose to discuss his personal life and that is where he came across as arrogant and wanting. He rants about his first marriage:


"Just around the time she (Shruti) was born, I had lost all my money due to the various alimony settlements with Vani that I had to pay and had to restart with a zero bank balance...I was living suddenly in a rented house, which I was not used to, but fortunately my career was in great shape. Life was suddenly a wake-up call for me, but at that time to make a decision in my career to not be enamoured by money was a strange thing that happened to me."

I do not know the details of their arrangement, but I do know that his ex-wife Vani Ganapathy was and is an accomplished classical dancer. I also know that around the same time he was living in with Sarika, the woman he married after their two daughters were born. These are personal decisions, but there is no need to use any of them to score.

The feisty Vani has not kept quiet. She called up the newspaper and this is what she said and I reproduce in full:


“I was very hurt after I read a recent interview of Kamal's. He has said that because of our divorce, he went bankrupt due to the alimony that was paid to me. I would really like to know, firstly, which divorce in India has led to bankruptcy of any kind. And if he claims he went bankrupt, then I ought to have been living in comfort. Instead, why would I have had to buy a home on an LIC loan on the outskirts of Bengaluru 28 years back? All that I have today is because of my dance and my own hard work. Kamal also says that he moved into a rented house because of this bankruptcy. How can he say that when we only stayed in rented houses during the time we were married. The only house that Kamal bought during that time was used as his office. So where is the question of having to move into a rented house because of him running into bankruptcy due to our divorce?“

What has happened is not uncommon. Patriarchal societies believe that the male is the provider and assume that the woman he once promised to take care of will always be under his guardianship or at least supported by him. This may not be true at all, but people will buy the lies or anything that fits into their own narrow perceptions.

Relationships are anyway fragile, so why point out the pieces when they break? Why the tall claims? Was Kamal Haasan trying to appeal to his daughter, now a grownup woman who may have many unanswered questions?

Again, he strikes me as presumptuous. Talking about how he tackled the revelations of his breakup with her mother Sarika to her, he said:


"Also she wasn't sure as the facts were not given to her fully by either (he and Sarika). I didn't explain too much as explaining myself would have tilted her balance, which I didn't want to do. If I was a villain in her piece at that time, it's okay as I knew it's not a permanent piece as it wasn't going to be etched on rock. And it's good that I waited."

Was this necessary? Why would it have tilted the balance — the girls lived with their mother. Such emotional machismo is no different from the physical variant. The villain turned into a hero is so enchanting, especially when it comes to later explaining more digressions:


Let me talk in a very male tone. If you are talking about scores, mine is the lowest amongst my peers. Numbers don't matter to me, it's always about commitment for me. I have never had one-night stands ever. It can't work for me and that way I am like a woman as they too are troubled with that.

This is so problematic. Comparing his score with that of his peers he seems to suggest that they might lack commitment because of a higher 'score'. And one-night stands would bother those who are bothered, irrespective of gender. To imply that women are "troubled" only invokes that they better be while ostensibly conveying a sensibility that cares.

Even while talking about losing it all for his alimony, he is trying to show his concern for his other family. In the presence of his daughter, he is expressing to her the sacrifices he made for them. Such one-upmanship may work for the self-esteem of the insecure and to an extent to keep a superficial peace, but it only eclipses the halo.
By Farzana Versey at 10:28:00 pm