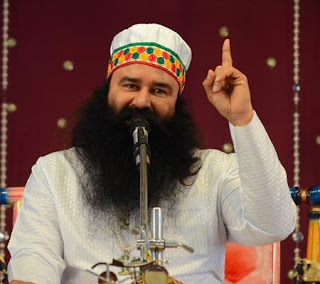 Charlatan godman Gurmeet Ram Rahim Singh Insan, head of the Dera Sacha Sauda, has been sentenced to 20 years of rigorous imprisonment for the rape of two of his devotees. To prepare for this court pronouncement, the army had to conduct a flag march, the police was on high alert, some areas were placed under curfew. One might have imagined that a terrorist was on the loose.

In India when a godman is arrested on rape or murder charges, his followers can and will take to the streets to avenge a court order. This happened on Friday, August 26 as a Central Bureau of Investigation court convicted Singh. The country was shocked that 200,000 of his band of followers had congregated well before the verdict precisely as a strategy to create mayhem — they stoned building windows, torched buses and cars, including television broadcast vans; 30 people were killed and over 250 injured. What the country does not get shocked over is the existence of such fake gurus and the respect they command among those who matter and their constant presence in the media.

Gurmeet Singh has been sentenced for a crime he committed 15 years ago; the sexual assault on the two young women continued over three years. It was Ram Chander Chhatrapati, a journalist from a small local Hindi newspaper called Poora Sach (the full truth), who had exposed the sins of the saint. A few months after he carried the letter of a victim, he was shot dead outside his house. The murder case is still pending.

The letter was addressed to the then prime minister, BJP’s Atal Bihari Vajpayee. The young woman had given a detailed account of her trauma. She was not the only one. Her turn to be used came once every month. When she was sent for the first time, Singh was sprawled in his bed watching porn, a remote in his hand, a revolver by his side. Her parents who were followers had insisted that she join the sect. She was stunned by what she saw. She is educated and asked questions. He silenced her protests with threat, flashing her parents’ devotion as well as his clout.

And then he used his spiritual hold over her: “He told me that at the time of becoming his disciple, I had dedicated my wealth, body and soul to him and he had accepted my offering. By this logic, your body is mine now.”

In fact, many female disciples were asked to go into his private chambers for ‘maafi’, forgiveness. He sold sexual assault as penitence although there was nothing they had to repent for. “We appear like devis (pious women), but our situation is that of prostitutes.”

If women were sexually exploited, men were rendered sexually incapable. There are reports of castration of at least 400 men. They were drugged and their testes were surgically removed.

Singh seems to have wanted to play the role of an ancient king with a harem and a retinue of eunuchs. Clearly, it appears his masculinity felt threatened.
***

Singh’s Dera Sacha Sauda empire is spread across 700 acres in Sirsa, Haryana. It is a fort-like establishment that ran along the lines of a philanthropic corporation even as the guru produced kitschy films on social consciousness where he essentially promoted his ego. Not only was he cocking a snook at the famed Indian austerity and belief in abjuring, he was also challenging the white and saffron robed hypocrisy of the prevalent uniform of godmen.


His seeming lack of hypocrisy should have been a red rag. Instead, he was feted as a guru reaching out to the new masses with chutzpah. Where other gurus had bhajans (religious hymns) playing in the background, he brandished a guitar and belted out off-key pop music. News channels that began trending him as “RapistRamRahim” and inviting responses to increase their viewership were promoting him a few months ago as a movie messiah, a multi-talented maverick. The mainstream media that is today taking a moral high ground did not bother about following up on the cases against him or even boycotting him until the verdict had been pronounced. He added to the entertainment quotient as “bling baba”. Were they not alerted by his lifestyle to question his credentials?

When they now flash the photograph of Chhatrapati with the “lest we forget” hashtag it is ironical, for they had forgotten. They were woken up with a jolt only because their vans and their reporters became the targets. And much of their ire was against the followers.

Singh has around 60 million followers, and most would not be aware of what happened inside the gufaa, his cavelike residence. The Dera Sacha Sauda, like other deras, isn't a cult started on the whims of a guru. It is a group of sects that believes in the scriptures but does not owe sole allegiance to it. Their tagline is “confluence of religions”. The guru’s name itself reflects that confluence. Everybody uses ‘Insan’ (human being) as their last name.

Following Gurmeet Ram Rahim Singh Insan’s sentencing, there has been discussion on what drew so many people to him. One of the reasons put forth was that he catered to the lower castes that were left out of the upper caste hold on the faith and the economy. It is a plausible argument. However, this assumes that the poor kept his image alive, which is not true. Indeed, those who are denied comfort and luxury do look up to pomp and pageantry, as can be witnessed in loud and garish celebration of festivals in the streets. But that cannot be sustained over such a long period. Besides, how would they identify with his “love charger” blatancy, that too in English?

Like most gurus, he offered welfare. The Dera ran a hospital, had medical camps. It is unlikely that this is what the devotees came for and stayed back with, although it might have helped them at some point. The operative term is slavish obeisance. Whether through drugs, hypnosis, guilt, threat or fear, followers can be held hostage. 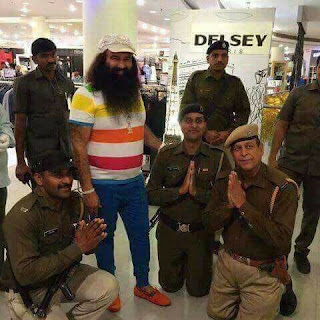 Political leaders genuflect before these godmen in full public view, often consulting them on matters of state and law, making a mockery of the Constitution. Singh had helped the BJP win seats in the Punjab and Haryana regions. The Congress Party too had earlier enjoyed his goodies. Prime Minister Narendra Modi praised his efforts for his government’s cleanliness drive. Two days after the godman’s men went on a rampage, the PM in his radio address to the nation said, “No one has the right to take the law into one’s own hands in the name of one’s beliefs.” It is easy to pick on a mass of unknown faces and names with pop pleas. He made no reference to the charlatan or his crime or to the verdict. Because there are many such gurus who owe their existence and provide patronage to politicians.

And one reason Indians even on the right are celebrating this conviction is because Gurmeet Singh is a Sikh who took potshots at Sikhism and Hinduism. He was grudgingly accepted for facilitating new money and votes, unlike the glowing accolades reserved for the levitating elevated gurus of mainstream godliness.

Rather shockingly, a day after the protests in support of Gurmeet Singh The Indian Express carried a piece by Sadhguru Jaggi Vasudev (who is often invited by media think tanks for their seminars) in which he wrote: “All the embodiments of the divine you worship — Rama, Krishna, Shiva — cannot call be called morally correct figures. They are not. Because it never occurred to them to be that way. But they are the peak of human consciousness.”

This echoes Singh’s stance. When he boasted that he was god to the sadhvi he planned to rape, she had asked him whether god did such things. He replied: “Sri Krishna too was God and he had 360 gopis (milkmaids) with whom he staged Prem Lila (love drama). Even then people regarded him as God. This is not a new thing.” Asaram Bapu, another godman and rape convict, had said: "Lord Buddha, too, had faced such kind of allegations and I am also facing the same. But the truth will come out…I am willing to go to jail with a smiling face. And I think I want to spend some time in Tihar jail. I consider jail as my Vaikunth (heaven)."

But Indians live in denial. Each time a person who owes allegiance to a god comes under the scanner, the knee-jerk reaction in the 140-character and 4-minute read op-ed world is, “Stop calling him a godman.” The fact is that they become the powerhouses they are because they project themselves as men of god and are accepted as such not only by the masses, but by the elite too. India is a country of gods and in this crowded environment there are bound to be middlemen who make devotion accessible and human, even if not humane.

In 2005, the Communist Party of India had exposed Baba Ramdev for using human and animal bones and flesh in his ayurvedic concoctions; he runs a thriving empire today. Yogi Adityanath is the chief minister of the largest state in India. MPs attend Parliament wearing saffron robes. A monk even addressed the Haryana assembly naked.

Indians love to idolise, whether it is godmen or judges. The judge who sentenced Gurmeet Singh is being lauded for his bravery. It does not strike anybody that this is what the law says and the judge was doing his job.

The CBI took 15 years. This, when the victim had stated categorically in her letter: “If a probe is conducted by the press or some government agency, 40 to 45 girls — living in utmost fear at the Dera — if they are convinced, are willing to tell the truth.

There are many more victims of many more such godmen who represent neither religion nor culture. Their ashrams are dens of vice preying upon gullible minds to further their spiritual corporate empires.

--
Published in CounterPunch
By Farzana Versey at 6:50:00 pm