Why Can't Science Let Us Be? 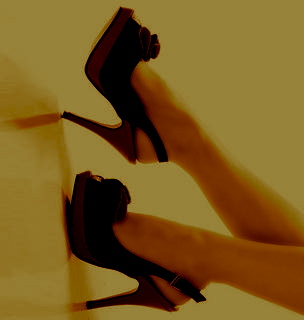 If you don’t wear stilettos and still get orgasms, then pat your back. You are the last hope of science. It’s funny that ‘science-ologists’ think such theories need to be debunked. The “year’s worst abuses against science” by celebrity offenders is the annual list that is part of the Sense About Science (SAS) campaign.

The organisation’s managing director Tracey Brown sets the tone for the attempt:

"It's tempting to dismiss celebrity comments on science and health, but their views travel far and wide and, once uttered, a celebrity cancer prevention idea or environmental claim is hard to reverse. At a time when celebrities dominate the public realm, the pressure for sound science and evidence must keep pace."

By making an issue of it, SAS is in fact giving it celebrity endorsement. Why are famous people asked to put their lot behind prominent medical causes like HIV and cancer? Don’t they often become a reason for treacle-inducing stories rather than gain any merit based on a factual analysis or research? Most celebrities perform at rock concerts and charity balls for these issues. How does it reach the real target audience when they are cocooned in their gowns and dinner jackets parroting what one version of the sponsor group tells them?

If scientific endeavour reaches a dead-end because of rumours or what someone personally believes, then it does not speak too well about science. A small group of people who are completely besotted by what celebrities say does not constitute the population of the world. None of the views they have listed can cause any damage.

Here are a few and my take:


People do not like the beach for several reasons; some do fear sharks; sperm – or semen at least – might be considered salty, although human and whale sperm could well be different. And don’t we say that even a drop makes an ocean. So there.


How is this harmful? Anything done in excess is bad, but I suspect the keepers of science are also the keepers of the pharmaceutical industry and the medical fraternity, and how they’d like to replace the powder-juice combo with a nice little capsule.


That is her experience. It is not like the whole of Britain or monarchists are going to line up at the stables to get rid of their horsy allergies, which they would be imagining about anyway.


SAS tells us that hair does not have pores. All salons insist on washing off conditioner with cold water so that it does not become limp. How will it affect the hair to get a cold rinse?


Doctors use such placebos routinely, and many people are addicted to vitamin supplements.


Alternative medicine has been practised for centuries. She is using acupuncture as a preventive measure and not a cure.

So? Don’t we harp on psychosomatic illnesses? Are people not uncomfortable if they are too full of themselves, so to speak? Getting rid of some of the elements might in fact make a person think clearly or at least not be so preoccupied with what is within.


An anthropologist or a psychologist would have the good sense to see it as body language or how illusions and analogies work.

Instead, they got a consultant in sexual medicine to ‘debunk’ this myth. Kevan Wylie, (“responded drily”, as the report states, which makes one wonder):

"A woman's foot may be in this position during orgasm, but that does not mean that putting her foot into this position under other circumstances will result in orgasm.”

The woman is not suggesting that, just as men do not get an erection if they hold a gun. She is fantasising.. The shoe industry uses such fantasies, too, as do other advertised brands. Why do some people find stilettos sexy and others think wedges are? Why do some like pumps while others prefer those mean leather boots?

I wish I had thought about this arched footwear…the image is wonderful.

The science saviours can go work on their test tubes. I am thinking of little needles poking into me and a small shot of calming vitamins as I get under the shower to wet my hair with freezing water that will leave it shining and bouncy. I shall then go the riding club and inhale deeply as I get astride a horse. We reach the beach and I walk on my toes on the sand and ever so hesitatingly dip my feet in the ocean. The fear of sharks lends an edgy feeling as I cup my hands and gather a bit of salty water.