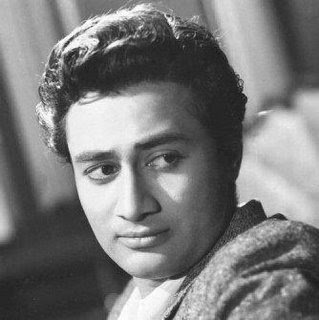 Evergreen, evergreen…how many times has one heard and read the word to describe Dev Anand. When he died last night at the age of 88, still brimming with ideas, this would only make the evergreen tag squeeze in more adamantly.

No one noticed that his hair looked awkward, his skin sagged, his scarves and jackets sought to cover rather than make a statement as they had done earlier, and his lips quivered when he spoke. He had grown old, but was holding on to a shaky pillar to build foundations that would not last. His later films lacked panache, they flopped. He said it did not matter and would go on to his next project. Did it really not matter? This was a man who was completely a people’s person – from his stylised acting to his flashy clothes, he wanted to be noticed and accepted. But he too fell for the evergreen image that was built around him.

A few months ago on a talk show he spoke about how even today there are girls who would be quite willing to get close to him. He was not gloating, and it is entirely possible that aspiring starlets would want to use him as a stepping stone. Yet, it was a sad moment. Sad to watch him regurgitate a fantasy, even if it was real.

His reality was often a fantasy. Some have called it optimism.

I first watched one of his old films on our building terrace. There was a projector and a bedsheet served as the screen. The movie was Hum Dono. We got two Dev Anands. Imagine seeing these delicious black and white images from what seemed a distant past under a starlit sky. Already a film junkie, these moments became part of my non-formal education. It helped when the family would recount their first exposure to the particular film. Or how my mother on her first English film outing, a Gregory Peck movie, was so angry that the Hollywood star was “copying hamara Dev Anand”. The fact that it was quite the opposite did not make a difference to her.

That Dev Anand overdid it was an intrinsic aspect of his persona. He hammed, but delightfully. He made you believe that he was like this. And you know what? He probably was. His body was perpetually leaning towards some unknown person or a far-away place. His neck performed acrobatics. He was like a tableau – every part of him, every expression, a stand-alone performance put together on one stage: himself.

As an actor, he would perhaps qualify as the first real urbane urban character of post-Partition India. He even pronounced his name in a posh manner: Dev-er-nun. He took to Bombay and portrayed it in such an uninhibited manner. Think of Taxi Driver where even the streets looked chic in the dark. He was a man who loved beauty. I would not call him an aesthete; his idea of pulchritude was of polish and varnish. Not quite superficial, but most certainly overt. He did show criminal characters and even portrayed them, but they were charmers. He showed poverty, but no real dirt. This was not his scene.

As director he took greater control, and he stuck to his urban concerns. Again, he did not delve too deeply, although Hare Rama Hare Krishna is indeed a landmark film. When he played the Professor Higgins part in Man Pasand, it did seem like reality for once. He had created quite a few female actors – Zeenat Aman and Tina Munim being the most prominent.

Again, in recent interviews he talked about how upset he was when Zeenat Aman chose Raj Kapoor. For him it was not about a role, but some sort of betrayal. His affair with Suraiya is a fascinating example of how he would go against type when he wanted something. It is said that she would sneak out and they would meet quietly, away from the prying eyes of her conservative mother. The man who one would imagine shrugging such inconveniences off – “Har fikr ko dhuein mein udaata chalaa gaya” (I smoked away all worries) – seemed to understand the delicacy of such shackles, as in his beloved singing “Chhod do aanchal zamaana kya kahega” (Let go off me, what will people think?), but not without a riposte: “Inn adaaon ka zamaana bhi hai deewana, deewaana kya kahega” (this world too is crazy about just such tantalising excuses, so what’s a crazy man to do).

It was clear that he was a romantic, but pragmatically so. Not one of the Alps types, he wooed women through the haze of cigarette smoke or a curl of his lower lip. The music in his films was essential, not merely to take the story forward but to help us stop and look at what else he could do. It was in the song sequences that he shone best and was a natural at.

There are several, but I want to stay with these two.

(It is better to die than live in this world
With the same tears, the same sighs, the same sorrows trailing where does one go)

Just watch him. Does it look like he would want to give up? He is addressing god, but his demeanour is challenging. And the child’s musical interlude – innocence? Hope?


Post Script: I cannot end without mentioning that sometime towards the end of 2000 I got a hand-written note from him saying that he enjoyed my columns. I wanted to cry because those were days of my tears. I could not meet him, but the words of one of his songs from Hum Dono, the first film of his that I had seen under a starlit sky on a bedsheet screen, echoed how I felt.


Kabhi khud pe, kabhi haalat pe rona aaya
Baat nikli tau har eik baat pe rona aaya
(I sometimes weep over myself and sometimes over what’s happening to me
And when I speak about such sorrows, I weep for those sorrows too)
By Farzana Versey at 3:18:00 pm