There's a Mughal in your drink

How many of you give your children the health drink Complan? If you are Hindu then you are an insult to your religion. You are glorifying Mughals. The ad for the product is under fire by the Hindu Janajagruti Samiti (HJS) for this depiction:

In a class-room, a (Hindu) teacher asks a boy the name of father of King Jehangir. The student shows as if he is unable to recollect the name and the teacher asks the same question to another student when he answers the question immediately telling the name of Jehangir’s father. The credit of the boy answering the question correctly is given to ‘Complan’.

The organisation wants the company to withdraw the ad and all TV channels to stop airing it. I was surprised by the Hindutva droppings in my inbox were so darned serious. I took a look at the whole letter. Here's one bit:

“Why do you remember only the history of Mughals who oppressed Indians? We are living in Bharat; therefore, we should teach glorifying history of Indians. Teach children history of great kings like Vikramaditya, Harshavardhan, Chhatrapati Shivaji Maharaj etc. else an agitation would be staged in protest. Devout Hindus and Indians will boycott your products. Advertisements of companies like Cadbury and Amul which made mockery of history have been earlier stopped.” 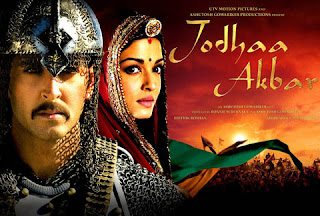 I think all Hindu actors and models should be boycotted too if they wear clothes that are remotely reminiscent of the Mughal era. Why was the film Jodha Akbar not banned? What about Hritik Roshan and Aishwariya Rai? Designers creating Anarkali kurtas and angarkhas should be punished. No cuisine that has any connection with the Mughals should be cooked; those restaurants should be shut down.

Come to think of it, shut down all of Delhi; it has too many monuments. Rashtrapati Bhavan has the Mughal Gardens. The President of India should vacate that little house and apologise to Hindus for walking on those lawns and smelling the outsized flowers. That leaves the Taj Mahal. All Hindu lovers posing before the monument on that ubiquitous bench are insulting their faith. I think Arnold Schwarzenegger who could not take a look inside since he visited on a Friday should be allowed to take over. He’ll manage it as well as he managed his housekeeper. Given that Complan is manufactured by a multinational it is only fitting that we hand over all things that remind us of the Mughals to the west. I really look forward to a ranch in Humayun’s tomb and Taco Bell at the Taj.

We are living in an age of the ridiculous. Someone really believes that because ‘Complan’ denotes brainpower in the ad and a Mughal king was mentioned, it would immediately suggest that only such knowledge is considered important. There is an ad for Taj Mahal tea where just a sip of it makes the Eiffel Tower disappear, such is the impact. Why not withdraw that as well? Or the soap ad where the mother teaches her child during a bath with a song that goes, “Babar ka beta Humayun, Humayun ka Akbar”?

I know she could have said, “Shahaji Rao ka beta Shivaji, aur Shivaji ka Sambhaji”? Look at it this way. The Mughals were obsessed with the good life – baths, scents, food, milk. The Hindu kings were spartan in their habits, and this is the message of what is unstated. The Mughals were good only for soap suds.

Anyhow, there are many ayurvedic products with rishi-munis telling us what to do with different parts of the body, and Baba Ramdev makes up for it by huffing and puffing. Our children are quite safe. Unless, of course, there comes an ad for male deodorant that would talk about the “Aurangzeb effect” or a hair salon that calls itself Babar’s Barber.
By Farzana Versey at 3:24:00 pm