Is English an island? 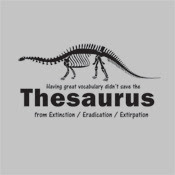 How English is English?  Will we ever know why an editor deleted several words of foreign origin from the Oxford English Dictionary? Was he a racist? Or a purist? In the socio-historical context, both these words have been used interchangeably a few times. Nazism and apartheid do believe they uphold purity of a race.

How does language fare as far as this is concerned?

There is a touch of espionage in the manner in which OED’s editor Robert Burchfield went about the process of erasing. Sarah Ogilvie, a former OED editor, writes in her book 'Words of the World' that he started a rumour that the earlier editors were resistant to outside influences. Her research revealed quite the opposite:

"I observed a pattern, that actually it was the earlier editors who were dealing with words in a really enlightened way. They certainly weren't these Anglocentric, judging kind of editors – they were very sensitive to cultural differences and they seemed to be putting in a lot of foreign words and a lot of words from different varieties of English, which must have been amazing for that day when colonial varieties of English were just emerging.”

I’d like to interject here. Foreign words are not the same as different varieties of English. A foreign word may or may not be used in an English context, but has been absorbed into it. Therefore, these are not “loan words”; they are borrowed, or more appropriately, absorbed words. Do they make the English language richer?

As someone from a country that was once colonised, but who has benefited from an education where English was the primary language, I used to try and stick to Anglo-Saxon words when writing, unless they were snatches of conversations. I did make a departure in my columns when I used Hindi headlines occasionally. The bold typeface in 24-point would stare defiantly at the reader. It may sound strange, if not cheesy, but the titles usually come to me first when I mull over the topic I am to write about. I discovered that it connects. Of course, overdoing it would not work.

I still avoid using common Latin and French phrases, but where would our courts be without suo moto and how would we explain that something is the raison d’être? We can indeed go on with several examples. The question here is: how malleable should language be? Let us not forget that it is not merely a literary tool.

When the OED was in its liberal phase, Ogilvie quotes a reviewer who wrote: “There is no surer or more fatal sign of the decay of a language than in the interpolation of barbarous terms and foreign words.”

Can we talk about these two in the same breath? Barbarous, says the OED, means “coarse and unrefined” in the context of language. It could include slang and curse words; they might be seen to degenerate the language. Do foreign words do the same? Is not slang based on specific colloquialisms? Swear words too, which Ogilvie states were in fact introduced by Burchfield, may have varied ethnic roots.  If they are not included in a dictionary, it could well mean they are not seen as polite or do not fit into the politically-correct paradigm. Are they, then, reliable? I discovered that William Gladstone had written a letter to The Times and found this word that we use so regularly as “vile”. Reliable is American. Ain’t that groovy?

Burchfield deleted 17 per cent of the words included by his predecessors and they were all of foreign origin. However, from the reports, they don’t seem to be particularly ripe for plucking out. Is it where they came from rather than what they are that bothered him? If he was so convinced, then why did he lie that those words were removed earlier?

"The only way I can explain him doing it is that, in the scholarly word of linguistics, the 1970s was when the first work on varieties of English started to come about. Maybe he wanted to be seen as part of all that."

It is interesting that while he had problems accepting other words, he led a dichotomous existence that stood up for those words because it was trendy to do so.

Can we not say the same about ourselves? We often use words that are ‘in’, even if we might not have any sympathy or understanding of their origins or what they mean to the societies they come from. Such words are demonised in the course of their literary and political usage. The N word is not uttered, but does it end apartheid towards Blacks? Why has every war become a jihad, when a jihad in its purest sense is not even an external war? Is fatwa really understood for what it is– an opinion passed as an edict by a group/leader that does not have universal sanction and is not binding upon all? Should languages where these words originate from object at their misuse? Even nirvana is employed casually, as though each time a person sits in the lotus yoga position s/he has attained the ultimate freedom from the Self.

However, the English language would be poorer if foreign words did not embellish it, particularly in symbolic form. Some might wish to pronounce a fatwa against them, but for those who strive to better themselves it is time for linguistic jihad. We may or may not produce a magnum opus but, to use a couple of Americanisms, wouldn’t it be fab if it turned out to be awesome?