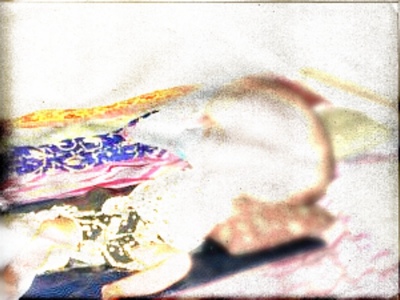 It is always heartwarming to discover that a human interest story manages to result in some concrete action - there are people willing to help, many anonymously.

So, where is the problem?

A 17-month-old infant from Agartala was born with a head too large “with a 30-inch circumference, is at least three inches bigger than a football", as reports state.

Runa's father is a daily wage worker, and treatment for hydrocephalus - fluid retention in the skull - is not fool-proof. The newspaper carried the story under its Times Impact, which I have issues with. How would it assume an impact? Does it not amount to autosuggestion, and emotional blackmail? All help will be diverted through the newspaper. Does this qualify as reportage?

A day later, the paper announced:

“Besides numerous calls and email queries from around the world, a dozen people have offered to help in her treatment, some even from Canada and London. Foreign media, too, has contacted TOI to produce a documentary on little Runa’s life."

As I said, the fact that people come forward is always a positive step. But what exactly would a 17-month-old's life story mean? This is nothing but using the child as an exhibit, no different from how some people around her might look upon her as a monstrosity.

She cannot move. So, what can be said about her other than that? I would understand if this offer was after a successful surgery, to document the growth chart.

It isn't the first time. Many human interest stories start with great promise, and then become mere machines for exploitation.

PS: I have deliberately filtered the photograph.