Politicians have always hankered after the Taj Mahal, and so it was not surprising that the man known more for his hate speeches than his politics now wants the Taj property to be handed over to the Waqf Board. Nobody will take this seriously, but the responses to Urban Development and Minority Affairs Minister of Uttar Pradesh Azam Khan reveal the desperate need for others to claim it too. It used to be a temple, they say. But, unlike the Babri Masjid, nobody will demolish it because it is a cash cow and the most recognisable monument of India and among those of the world.

The Imam of the Lucknow Eidgah said, “We should be allowed to offer prayers at the Taj Mahal five times a day. We have handed over a memorandum to the chief minister and he has taken it positively.”

Absolutely not. The Taj or any heritage sites suffer the worst due to human intervention. Also, there will be huge logistic and security problems. The one-off music festivals are a bad idea too, but at least they don’t happen everyday. (Here is an old piece on the auctioning of the Taj and other political ideas.)

I am not terribly enamoured of the Taj, but I do believe it makes for some great pictures (as well as some awful ones). The ones that use people are no less than a prayer: 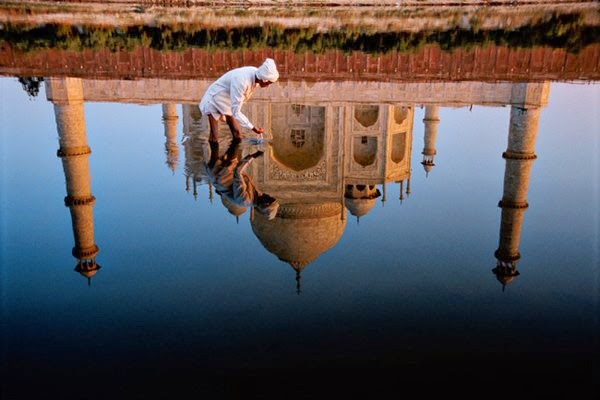 We have all come across such moments and it would fall into the category of stereotype except that photographer Steve McCurry has saved it (obviously so designed) with cropping. The effect is amazing. Just the reflection and perspective can be upside-down, much as how the subject would view it. Meeting of man and monument.

The next three photographs are all by Raghu Rai, who creates interesting images. He also stages them. 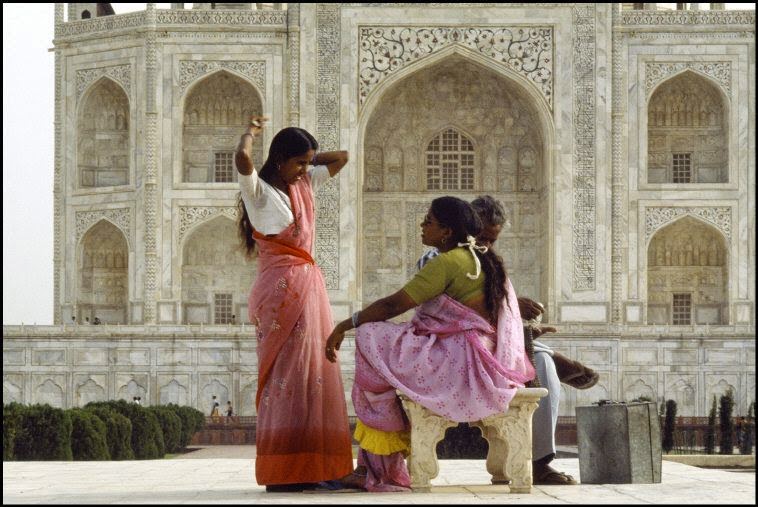 Above is an extension of the urban folklore – an everyday scene in the forefront instead of the tourist brochure. What’s particularly noteworthy is that the Taj does not stand out in brilliance against the seemingly ordinary but appears to become part of the tale. 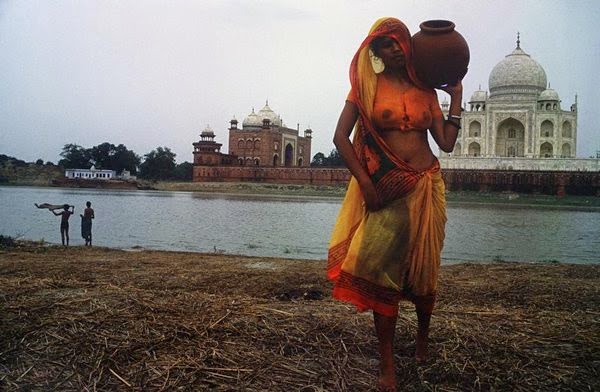 This one looks old Hindi cinema, probably of the 50’s and 60’s. It is obviously staged. I might even call it exploitative, and not for its physicality. The woman’s expression does not belie any torment or ecstasy. She is as stoic as the monument. The pot she carries has no meaning except cosmetic. It is a striking picture because it conveys the human as stone. (She could be a replication of a statue.) 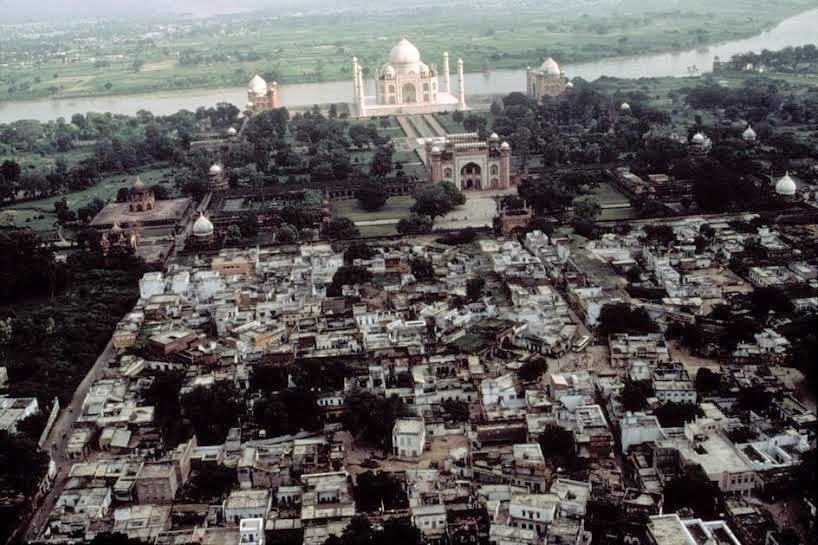 Superb. There are two ways to read this. Viewed from the crowded cityscape perspective, the Taj is not all that big…it appears here as though an army of protestors is marching towards the palace. Or it could be seen as the shining white light in the area of darkness, the diva sometimes, and the knight sometimes. Finally, it is the reality of the poet...