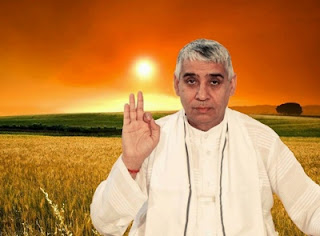 He is a criminal. And a godman. He operates from a fortress that he calls an ashram. And his followers are armed. This man should have been arrested long ago. But in India godmen, even the charlatans, not only survive but thrive.

The often-exaggerated reporting on television was this time quite accurate, at least in the scenes they showed us. It did look like a war zone. Sant Rampal began to call himself a saint inspired by Sant Kabir and as happens often managed to attract a crowd of people to believe in him.

There are no checks on such people, and even their crimes are not treated with seriousness. He has been charged with the murder of a villager by one of his devotees, and he has avoided attending court after 40 summons. He is still free. What powers does he possess that no police force, no intelligence agency, no government can find him and put him behind bars?

On Tuesday, cops surrounded the Satlok Ashram, but could do little. Because this despicable 'godman' has transformed his followers into an armed militia. They threw acid and petrol bombs at the police. Worse, they used human shields, including women and children. Bodies were found; seven of his followers are dead, cause not yet ascertained. Rampal is safe. 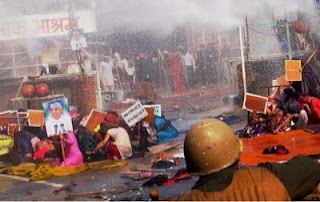 Some devotees who came out said they had been forced to stay inside; others, almost 2000, put up a brave front and protested on behalf of their guru even as the cops used batons and water cannons.

In all this, the police started beating up the journalists. At some point the news story altered a bit and the focus was on the media being attacked. Nobody knows why this happened. Were there some higher orders to divert attention?

As it turns out, it was the local people of Haryana who forced the authorities to stop water and power to the ashram. But knowing how powerful the ashram is, they would be well-equipped or provisions could be arranged. It is a well laid out high security den that has its secret entrances and exits.

After the violence, fresh charges have been filed by the Haryana Police:

The case has been filed under Sections 121 (waging, or attempting to wage war, or abetting waging of war, against the Government of India), 121A (conspiring to commit certain offences against the state) and 122 (Collecting arms etc. With the intention of waging war against the Govt of India).

Besides, the cases have also been slapped against the accused under Sections 123 (concealing with intent to facilitate design to wage war) and other charges that include attempt to murder, assault and under various Sections of the Arms Act, police said.

This looks good on paper. But, how did the devotees get an audience with Home Minister Rajnath Singh and also the President of India?

Rampal supporters demanded a CBI probe into allegations of his role in a murder conspiracy. A team of five of his supporters also met President Pranab Mukherjee and submitted a memo seeking a CBI probe. The Union home ministry has so far decided not to intervene, but is closely monitoring events.

Do victims of violence during riots have such access to political leaders?

All this is extremely dangerous because people like Rampal set up a second-rung establishment. 'Baba's Commandos' take direct inspiration from the RSS; they are called the Rashtriya Samaj Sewa Samiti (RSSS). This is how planned it is:

RSSS functions like an army battalion, which is divided into several companies and platoons. Each company and platoon is headed by trained commanders. These days, they assemble every morning and evening to be briefed about their routine for the entire day. Armed with pistols, RSSS's quick reaction team patrol the ashram round the clock. Its intelligence wing is closely monitoring the movement of police in adjoining Barwala and Hisar towns and instantly provides information to their headquarter in the ashram.

There are some 4000 young people in this army that guards the 12-acre property. Do they have a licence for those guns? It is surprising that there has been no big exposé on this.

We have become accustomed to soft power centres that do well because the political power centre might benefit in some manner. Think of Chandraswami, Asaram Bapu, Swami Nityanand, not to speak of the politically active Adityanaths. Ashrams are often dens of money stashing and vice. These are social crimes that feed off the public. Why are they protected? 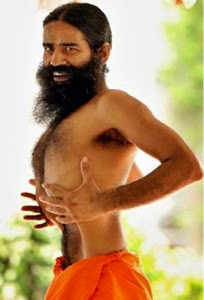 Just as the Rampal tense situation continues, we are left to ponder over why the new government has decided to provide Z-category security to that other charlatan, Baba Ramdev. 40 CRPF personnel will provide him cover wherever he goes.

Who has threatened him? Have there been any checks? If Z-security is all about vanity, then why is Ramdev, a yogi, granted such vanity even as he must not seek it too? This man has a cure for everything, from AIDS and cancer to homosexuality. What is he vulnerable to? 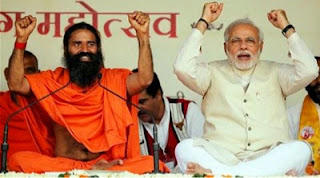 He is a friend of the BJP who is allowed to often speak on behalf of the government. Nobody in the government questions him or his motives.

We saw him in action during the street protests and his escape wearing a salwaar-kameez. He had audaciously claimed when he was externed after his tamasha at the Ramilla Grounds (the pavilion air-conditioned for his common man comfort): “Today is the blackest day in history. We will observe black day all over India. The fast is not over."

He could see his history as India's history because he has the backing of leaders who believe in a convoluted history. Unfortunately, where such 'spiritual' leaders are concerned, all political parties either fall for their claims or use those claims to cover up their own. Nobody is serious about putting an end to their antics. (Read The Republic of Ramdev and the comments.)

It isn't as simple as bad godmen. It is about bolstered-by-politicians godmen.

With the threat these Babas pose to us, all Indians should get Z-security as protection against them.

[Update: News comes in that Rampal has been arrested. BJP spokespersons are using this as evidence of how they've been quick to end the reign of a "Congress baba". There will be political oneupmanship, and once again this diversion will take away from the blatant abuse of illegal power.]
By Farzana Versey at 6:27:00 pm