I started writing out a list of events, mostly sad.

I went on to pen something tongue-in-cheek, and it is all so farcical.

Most emotions they evoked lacked introspection or the ability to inspire any. We live in superficial times, and any attempt to probe deeper seems an overstatement for those who may never grasp understatement.

Instead of skimming over such happenings and the people who mattered, I'll share stories about a couple of recent personal incidents.

While walking through a tiny lane, a lane I was familiar with long ago, I met somebody who was buying blankets. "This is from my zakat money," she said.

As some of you might remember, I've been a bit cynical about codified charity and days set aside for it. What after that, I would wonder. 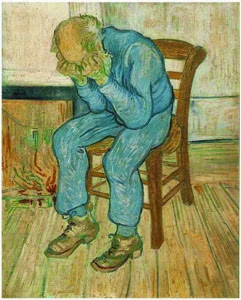 This was before I saw the toothless man, his hands wrinkled, grasping one of those blankets offered to him. His need was immediate. It did not matter what time it was or what occasion or what the purpose was. For him, it was a blanket, warmth, a cover.

I am still not quite ready to let corporates off, but if money can get some people education, food, clothes, shelter and the dignity that comes from these, then how should one react? For the beneficiaries, words like exploitation, PR, photo opportunity do not make any sense. What they get is what they desperately need to be able to live.

And why only big business, small businesses use such philanthropy too. Ordinary folks too look for IT exemption; activists also want to exert power. Everybody is an exploiter. Or, perhaps everybody is a giver?

I was at the salon down the lane. The reason I had chosen the place at all was proximity to home. A few months ago I stopped visiting after they messed up on my appointments and their tardiness of service became inexcusable.

The other day, I went there again after confirming that they had a spare slot. They messed up again, in more damaging ways. As I waited to pay, they asked me to fill the feedback form, a routine they follow.

I ticked most boxes with good, and a couple with fair. After I left, i was very angry with myself. Why did I lie? To be honest, I did not think I was lying. I never tick 'excellent' or 'poor' anywhere. But they needed to be pulled up. With the good feedback I gave, I would not be able to register a legitimate complaint. The previous time, I decided not to visit. But is that a solution? Why did I hold back?

The young woman who was attending to me is one possible reason. She said she was new here. Was her job more important than the mucked up timings, ill-preparedness and in this case an untested product? I think so. She was not directly responsible for any of these.

However, my response led to some examination about my silences. That same afternoon walking down the familiar street of Christmasy cheer, I stopped at a stall selling home-made sweets. I picked up a few packets. The owner quickly did some calculations and quoted what seemed like a big amount. I had no example to go by, but when I raised my eyebrows he gave what looked like a hurt smile and asked, "Sabka hisaab doon kya, bharosa nahin hai (Do I have to give an account of each, don't you trust me)?" I felt chastised and paid up, as I would have anyway.

My query was legitimate because there were no labels. And why should I trust somebody who had set up a temporary stall and would not be there later? But his ruse worked.

In the evening, I brought out the sweets. Except for two, the rest were either inedible due to the strong essence or had gone bad. They could not be consumed or even be given away.

This is not the first time, and it won't be the last. I explain away such overcharging and sometimes cheating as their need to survive. When someone offers a discount saying they don't mind if they get a smaller margin of profit, there have been times I have returned to reimburse that discount. Somewhere along I begin to imagine a family of theirs that might do so much more with that money.

Only because we do not know about people's lives can we make assumptions about their compulsions? 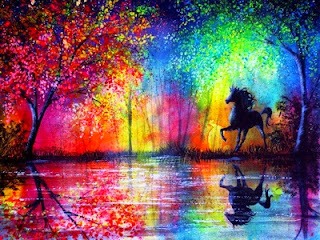 Can we think about the rainbow in one colour? It is the hues that give it beauty and identity. The world is made of such different shades of people, of thoughts, of behaviour.

As we embark upon a new year, perhaps we can think about the rainbow. And living like one.

Persistence of Memory by Salvador Dali goes up on the sidebar because the new does not have to mean burial of the old, but a reminder of lessons learned and to be understood.