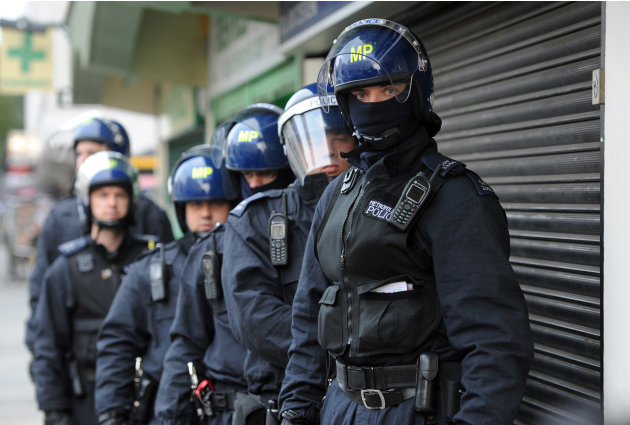 David Cameron has so canonised water cannons that they appear to be miracle-makers of the new morality drenching the fires of protest. “London is not Kensington,” an expat tells me. It is a discovery for the immigrant, too, and armed with this knowledge commentary is caged behind fabricated fences on two sides.

As an outsider, I have conveniently been relegated to the posh areas of mood-lit darkness with the occasionally permitted literary yearning for a Bradford-on-Avon. Cameron, one might conjecture, moved slowly precisely to prove a point that has significantly been marking territory and has become the torchbearer of the empire striking back – multiculturalism is dead. What better way to prove the efficacy of such a declamation than show how fissured society is?

There is an England that is slowly trying to get rid of what it sees as flotsam. This is Europe-centric, but as the greatest colonisers the British have to deal with much more leftover baggage. From the Tottenham-Nottingham the fires spread to Birmingham and Southall, the open ghettos with sinewy lanes that hide desperation and despair even as the loud sounds and strong smells assault.

One summer day, I sat in a most unremarkable eatery in just such a lane. It was run by a Bangladeshi and we were served chicken that was in rigor mortis. I was mortified for more than that reason. Inedible as the food was, and rather late for lunch, a few people still trooped in. They all seemed to know one another. They talked in whispers. I did not look like I would seek out anything halal. My credentials were suspect. I could hear the expat spitting out, “London is not Kensington!” My small talk got more attention than it merited. Eye contact, when made, had confusion reflected in the irises.

Walk into stores and you will see it. Leaders choose not to. If you can see, then you must understand, and if you understand then you may need to empathise. Empathy, especially if you are a moralist, would expect some proactive reversal of fear. Where power fumes are exhaled from paranoia, this would not lessen the impact. However if the fear can be used, then the leader will rise to the occasion. Cameron got his moment of empathy when South Asian victims were affected. Three young men of Pakistani origin killed and Sikhs standing guard with sticks and swords outside the temple, with one of them saying, “We’ll take the law into our hands, bad luck.”

Here is how a phrase – taking the law into our hands – that might have played havoc, and which the ‘rioters’ are bludgeoned for, has come in handy and is up for praise. In the House of Commons session, Cameron said, “We saw it (the spirit) in the hundreds of people who stood guard outside a Southall temple, protecting it from vandalism”. He also paid tribute to the parent of one of the Pakistanis: “Everyone will be impressed by the brave words (urging calm) of Tariq Jahan, a father in Birmingham, whose son was so brutally and tragically run over and killed.”

Passive-aggressive is often the subcutaneous layer of such policing. Had the Sikhs or any other group taken the law in their hands for their own demands, they would be deemed criminals. Had the Pakistani father cried for justice and exacted action against the laidback cops, he would not be imbued with this halo. Pugnacity and calm act as the dichotomous daredevils to solve the moral dilemma that seeks to eat into the very innards of pluralism.

There is cunning calculation here, though. A few weeks ago, Britain had announced a new Tier-1Visa category for exceptionally talented immigrants from India and other non-EU countries. The first lot of the best in the fields of Science, Humanities, Engineering and the Arts will be baptised between August 9 and November 30. Britain wants to fatten itself on and flatter itself with outside excellence. These conciliatory noises following the violence are not really meant for the shopkeepers; they are to send out the right signals that the United Kingdom can be home if you are brilliant. The neo-geniuses are just trumped up store owners, who would sell patents and art, and occasionally rationalisation of establishment impunity, the “science of the soul”, if you will.


* * *
The nation of shopkeepers has lived with its corner stores that grew into lanes and streets and hemmed-in areas.

Mark Duggan, the young man who was shot dead by the police, did not spearhead the movement in the streets. No one knew him. And no one cares about him. He is not even a symbol. The people who came out, burned, and looted were dressed for it, in hoods and masks. When those masks were peeled out, we had faces that did not fit the stereotype of race. There was Laura Johnson, peach-pretty, with loads of money. What would she do by robbing laptops, plasma TV sets and high-street clothes?

This question itself exposes elitism. The riots in London and the outskirts have revealed that it is not economy in the doldrums that led to the protests. No, not protests, it is riots, say the mainstream media, as they shout down ‘other’ voices. The problem is not with how the economy is doing but what the economy makes people do. If it were disgruntled Black youth, then why would they rob their own neighbourhoods and kill people who were not the bratpack? What was the police’s pregnant pause about? To let this happen and send a message that crime in the ghettos is the driving force behind recession?

When Cameron finally woke up – revived, one might say, after his belated Tuscan café outings – he spoke about using water cannons against the “culture of fear”. An indelicate analogy may be drawn as to how people often react to fear with a full bladder. It is an instinctive bodily need. The Prime Minister is conducting the business of politics in just such an impulsive manner.

This deciduousness of culture is in fact due to propagated fear. We have seen and heard how Darcus Howe, West Indian writer and broadcaster, was verbally pummeled by the BBC anchor . He called this an insurgency. He wanted to recollect history; she wanted a human interest story: “So, you were saying about your grandson…”

The leader of the nation has all the sons and grandsons on his fingertips. He said, “In too many cases, the parents of these children – if they are still around – don’t care where their children are or who they are with, let alone what they are doing. The potential consequences of neglect and immorality on this scale have been clear for too long, without enough action being taken.”

Not only is this messed up psychoanalysis, but insensitive. There is no reason to condone those who have killed and destroyed parts of the city but he has claimed that the police did not use stringent methods because, “Looting had wrongly been treated as a public order issue, not as simple criminality” until it gathered momentum. Whose sons are the cops? Moreover, how can he insinuate that the parents of these young people may not be around? Is he implying they are later immigrants who have come without knowledge of the United Kingdom and have the temerity to disunite it? Or, is he suggesting that a certain class of people have removed themselves from the mainstream specifically to resurrect a counter-culture against the genteel British one? Perhaps, he might like to consider a walk through the most corseted times of English history, of an era where the morality he loves to flash dictated societal norms, and see for himself the sort of crimes committed then. 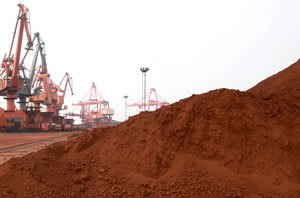 His smarmy statement, “These people were all volunteers. They didn’t have to do what they did”, conveys his trick-or-treat attitude. Having packed off the parents to the moral dungeon, he offers the children the luxury of choice. They ‘volunteered’ to commit such crimes. He does not specify whom they were volunteering for. This is part of the fear psychosis. To haunt is better than to hunt. He sent a message from the pulpit: “We will track you down, we will find you, we will charge you, we will punish you. You will pay for what you have done.”

It has taken him a while to find that out. Or was he biding time for the opportune moment where disparate sides could be played against one another and he could bask in the glory of gumption?


* * *
Who will they shut up? The reasonable middle-class as represented by the media talks about those who took to the streets for “justice”, not justice. It is their version as opposed to the proper one. It is pertinent to point out that the few who were not poor belonged to the creamy layer. This works wonderfully to posit evil against evil. The millionaires’ club versus the murky cubby hole. It serves the establishment to partake of the a la carte tokenism of Laura’s theme.

Let us recall the Ernest debate. Discussions about Hemingway’s paranoia were renewed and it was all out again – his depression and his suicide. No one believed his slurred ramblings, including his friend and biographer, A.E. Hotchner who wrote in the New York Times about it. The writer would say, “Everything’s bugged. Can’t use the phone. Mail intercepted.”

As they drove one day, Hemingway peered into a bank; two men were working inside. He said, “Auditors. The F.B.I.’s got them going over my account. Why would two auditors be working in the middle of the night? Of course it’s my account.”

Hotchner was to realise the truth of it: “Decades later, in response to a Freedom of Information petition, the F.B.I. released its Hemingway file. It revealed that beginning in the 1940s J. Edgar Hoover had placed Ernest under surveillance because he was suspicious of Ernest’s activities in Cuba. Over the following years, agents filed reports on him and tapped his phones. The surveillance continued all through his confinement at St. Mary’s Hospital. It is likely that the phone outside his room was tapped after all. In the years since, I have tried to reconcile Ernest’s fear of the F.B.I., which I regretfully misjudged, with the reality of the F.B.I. file. I now believe he truly sensed the surveillance, and that it substantially contributed to his anguish and his suicide.”

We are discovering the plausibility of how the system seeks to subvert thought with WikiLeaks and now how the Murdoch empire used the purveyors of news to create and destroy news. The United Kingdom will need to figure out that the “culture of fear” is not in those stolen in H&M jeans.

Who is the paranoid one here? Is not xenophobia a paranoid reaction by a nation?