Of Bananas and Annas 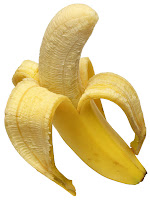 The banana revolt has been silent. For years it lived as a vegetable, although it is classified as herbaceous and would probably be snogging with basil and thyme. But when the land of the bananas was destroyed this time round in a thunderstorm, they decided that enough is enough. They marched into the legislative assembly and addressed the house.

“If grapes have been appeased, then why not us?”

The hall was silent. Indeed, grapes that had been classified as vegetables were put on a pedestal. Was it the wine lobby that pushed for it? This was elitism. The bananas had begun to rot. Farmers suffered. Even in good times, the journey from farm to market could be perilous. You can squash bananas even when they are fully clothed.

The Indian Railways provides special rakes for perishable fruits. The banana has not only succeeded in this revolt but will be given special space. It’s probably a great leap forward. It is officially a fruit now in at least one state in India.

How does one react? I always thought it was a fruit. Should we celebrate that the replenishment has now got a new feather in its cap? Will people still indulge in slapstick comedy about falling on banana peels and perhaps less decorous insinuations?

The office stretches on most Mumbai streets have carts selling what they too thought was a fruit and invariably lunchtime would see someone peeling a banana and biting into it. The banana is rarely sliced, unlike the watermelon, or garnished with salt and chilli powder like the guava. It is rare to get ecstatic over a banana’s taste. But there are banana connoisseurs – they hold it up, prod it to check on firmness and even smell it. There is some magnificent secret about the spots on it that I have not been able to figure out.

I was brought up on bananas. A bunch would rest in a large fruit plate and as in some shrine one plucked it out with reverence. I have seen offerings of bananas in temples and the leaves of banana trees are an important part of Parsi weddings, where fish is wrapped in it, braised with herbs, tied with a thread and then cooked. The leaves are also used as plates in traditional South Indian functions and it is a marvel that none of the liquid falls off.

The school tiffin could not accommodate the banana, but much to my chagrin it would be placed inside the handle with instructions to the dabbawalli (the lady who carted several tiffins) to “be careful” as though it were something precious.

In our house, we also had a caramelised banana with dried coconut, not as dessert or a snack, but as part of the main meal to be eaten with – and you may screw your nose – chapatti. We have the temerity to call it keley ka saalan (banana curry)! And guess what? I love it, especially when it is slightly burnt. The flavour is sweet-smokey.

There are other bananas that lend themselves to ‘real’ food, but we have never gone there. And now that it has been recognised as a fruit, I can say that I have always been part of the movement that made it a banana republic.


- - -
You want India corruption-free? Ho-hum. Anna Hazare’s team is now pushing it. SMSes are being sent. The government wants 25 crore people to support the Jan Lokpal Bill, so Kiran Bedi has given a number. You call from your mobile. It will disconnect after one ring and your number will be registered. This is weird and as unscrupulous as any establishment buying votes. Business houses will be happy to lend a hand because they now have to get some ‘moral’ spine and shine. There are enough fancy Gandhi topis who did the rounds the first time and will sponsor such utterly ridiculous ideas.

And for those forwarding the messages from their smartphones lounging on their sofas while watching The Simpsons, just stop simpering about fighting corruption by buying people’s support in this manner. It is no different from paying the peon a few bucks to get to the bada saab in a government office.

I repeat what I have stated earlier in The Pitfalls of Populism: Anna Hazare cannot speak on behalf of the Indian population. We can throw out the government; we cannot throw out such people/groups. If they want to get public support for a legal bill, then they have to contest elections. No other way