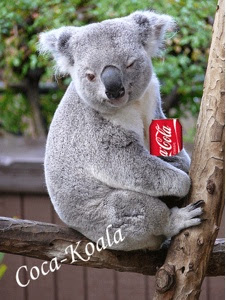 “The biggest guru-mantra is: never share your secrets with anybody. It will destroy you."

I do not suppose the makers of Coca Cola gave much thought to this. But the ingredients of the fizzy drink have continued to be a mystery. Now with a book on the subject and another person with inside knowledge of a later version, the secret is back in the news.

The Coke guys insist that the special recipe is well-hidden in a vault in Atlanta. It is a bit stupefying that with so much scientific activity that can break down compounds and recognise complicated chemicals this should remain an enigma. My guess is that the Coke guys are protected legally, and the white coats in the labs perhaps decided to keep quiet.

We are not talking about a mocktail that has specially been whipped up. This is mass produced stuff. Chances are that if you kept a glass before people, they might not be able to tell the difference. I can't.

Reminds of an amusing incident. I was at a coffee shop some years ago. Aamir Khan was at the adjacent table. He ordered a Coke. At the time he was endorsing Pepsi and the interesting ads had the tagline, “Yehi hai right choice, baby, ahaa..." I had avoided looking towards him until then, but at that moment in an impulsive reaction I turned and probably glared at him for the deceit. He just smiled and changed his order!

Because Coca Cola is a huge conglomerate with a believable brand, the ones who are outing it will never be taken seriously . Though it is not the USP of the drink, the fact that nobody knows how it is made gives it an edge. The rumours only add to it...

“If you reveal your secrets to the wind, you should not blame the wind for revealing them to the trees."