Of Garbages and Kings: LBT 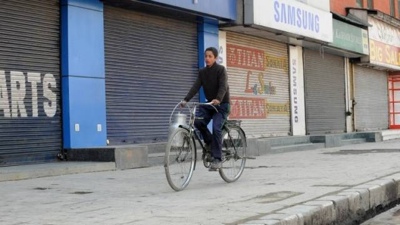 I called up the provision store to check if they will renew their strike tomorrow against the Local Body Tax. “We'll know by this evening." I decided to order a few things. Last week, many of us were caught unawares. There was some talk about LBT, but as it was restricted to Maharashtra and was not about FDI or any global issue, it did not make major news.

The traders were willing to take the losses to fight one more burden of tax. As one of them told DNA, “Everyone is aware that the more the number of tax-collecting government departments, the more the corruption. So now, with the introduction of LBT, most traders will end up giving indirect bribe to one more babu."

Who benefitted from the strike? The big players - malls. Reports mentioned the surge of footfalls in the supermarkets. Even those who are not regular supermarket shoppers might now be enticed into 'everything under one roof', where the trolley is an empowering force, and the sight of other shoppers with goods laden atop one another creates a subconscious demand.

The independent stores had understood this even before the strike. For example, I have several choices within just five minutes from where I live. My regular store walla knows it. His clientele is eclectic - from some famous names to the clerk in an office, and everyone in-between. He is a call away, and if the bags are heavy, one can trust the delivery guy to enter the house and deposit the goods.

What is his USP? Customer service. He has not yet tarted up his shop, for most people rely on home delivery. The daughter of an expat friend who visited recently was shocked when she discovered that some of her friends here could also get toilet paper at their doorstep. This is truly Mumbai where the consumer is king.

If the shop does not have something, he knows I'll call up someone else. So, he says, "I'll get it." It could be ice-cream, talcum powder, or fruits. He has never added a markup or service charge for any of these.

There was a bit of romanticisation of 'kirana' stores when the FDI discussion came up. That was just a reaction, for no one calls them kiranas anymore. The owners are mostly third generation slick guys, and in some cases women, who are computer savvy, and don't sit behind a cash counter all day. They are on the go, interested in trying to procure new goods, figuring out the new tastes that people are experimenting with.

One does not have to go to a speciality bakery to get multigrain bread or a variety of cheeses. The fancy organic outlets charge you for walking on granite tiles, but I can get my Indian diet bhel and homemade soya sticks instead of some Polish cracker that has the details of the packaging in Arabic! I can even return open packets, unlike some posh nature shops.

And the guy remembers exactly what our orders are like. So, if I say tissues, he knows which brand.

Last week, in an ironical twist, I ran out of garbage bags. According to the rules in my part of the city, the municipal truck comes every morning and all the waste should be in black bags. The person who regularly cleans the stairways and compound of the building collects it. This has made life infinitely easier for those who earlier had to take the waste bins and topple the contents into a huge drum-like container. Some people would not even care to put a lid on their garbage and it would spill over, only for the 'safai karmacharis' to have to manually pick it all up. The bags are infinitely more humane.

This digression is to highlight garbage. A strike will not stop people from generating waste — we eat, throw out old packages, bottles. Also, think about the wastage in the stores. What we read in the newspapers are huge numbers of so many crores lost in business (it also means loss to the government in prevalent taxes). But food grains and perishable dairy products and the like would need to be discarded.

Maharashtra is going through a drought and this seems like travesty. What about the poor who depend on rationed grains, oil, kerosene, sugar?

The government thinks that traders don't show their true sales figures. Traders say the government wants just more under-the-table money. It is likely that since traders operate on a cash basis, there could be some hidden assets, but most packaged goods anyway are sold at MRP rates. The traders have got their benefits, much like doctors/chemists get from pharmaceutical companies, prior to selling.

Some might think this is an elitist attitude. I am conscious of it, but that does not negate genuine concern. In fact, it made me aware that there is something called a handkerchief, which I had forgotten about due to my dependence on tissues. And for all the noise against plastic bags (quite legitimate given how people dispose them carelessly) the big one was cut at the top and fit in quite nicely into the garbage bin.

As I write this, I have not yet checked whether the strike will not begin again tomorrow. Why did they take a break? Because of Akshaya Trithi - an auspicious day in the Hindu calendar. There were ads in the papers enticing people to buy precious jewellery without any down payment.

If only the clerk and the domestic help could buy essentials in this manner.