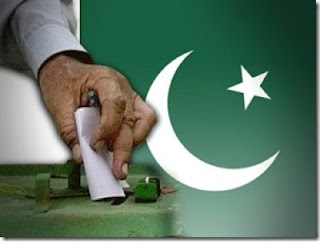 Beep-beep. Early morning. Text message from a friend in Karachi. So, bleary-eyed, I read that “My party has won. It is 5 am here and I am going to sleep!" Big smile. But before that there was a swipe about the fate of Musharraf — he knows I do not dislike the former president, which is of course putting it subtly.


Since Pakistan broke my sleep, I jotted down a few quick thoughts on the election results:


1. For all talk of democracy, it boiled down to the Punjabi, Sindhi, Mohajir, Pathan votes, and Balochi, Ahmadi non-votes.


2. There is always talk about a sympathy wave. If that were the case then the ANP that lost quite a few members to murderous devils would not have been routed.


3. Imran Khan is now a leader, so it's time he behaved like one. And not a tribal chief, even though Khyber Pakhtunkwa gave his party the votes.


4. I can already see the gleam in a certain Indian anchor's eyes as his voice quivers while screaming, "The nation wants to know if Nawaz Sharif will take action against Pervez Musharraf for crossing over to Kargil during the war"!


5. Nawaz Sharif has inherited a huge problem - his brother, Shahbaz.


6. Asif Ali Zardari has too many opponents within the PPP, including his son Bilawal. One of them will grow up.


7. Pakistan will continue to be important to the United States, China, Afghanistan and India for the same reasons as it has been for many years.


8. Imran Khan's slogan of 'Naya Pakistan' was the most potent one. Good varnish job, as happens in almost every country.


Let me end with an appropriate couplet by Faiz Ahmed Faiz:

(The healer avoided healing, but my troubles were incurable anyway)