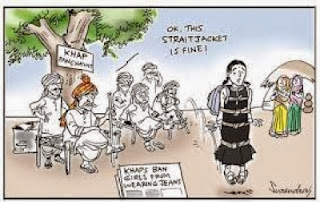 The idea that the khap panchayats want to get an image makeover is not new. They tried it earlier. So, will it be any different when they launch their website on December 14?

Whether we like it or not, khaps play an important role in villages, especially since the ministers are too busy in circuit houses, if they ever show up. Often, the regressive attitudes expressed and, worse, action taken against women, including honour killings, are not exclusive to panchayat members, but part of the conditioning and attitude.

Sunil Jaglan of Jind's Nogama khap has been quoted as saying:

"We feel positive work done by khaps is not highlighted by the media. Khaps resolve disputes related to property and matrimonial affairs but these do not get prominence anywhere.''

This could well be true, and given that there is more and more a need to delegate, khaps can play an important role. Perhaps a policy of reward, by way of recognition for their good work, might help them to understand why there is a negative perception based on their diktats and how detrimental it is to the society they claim to represent.

It is obvious that they are essentially trying to woo the media and the outside public, and such a website might not even be accessible to the villagers. However, the fact that they are in the open would be a check on their activities. In fact, it might help if they also dealt with issues not restricted to their domain. It would then reveal how the big bad city denizens behave, too.

The flipside of such 'reaching out' could be self-censorship of news and views, and if the media depends solely on their version the truth might never be out. Or, it might be reported as sensational items, like the Deoband fatwas that nobody except the mullahs sitting in there care about.

If the khap initiative does turn out to be an exercise in such value judgments, then it would end up telling the rest of the country who is boss.

For now, the benefit of doubt is due. 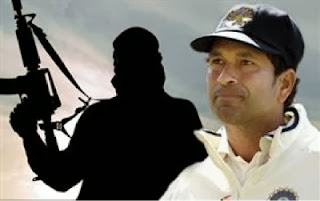 Another case of an organisation that will never get good press is the Taliban. There was a news item about how the Talibs told Pakistanis that howsoever great cricketer Sachin Tendulkar is they should not praise him, but instead praise their own Misbah-ul-Haq, even if he is a bad player. Headlines like “Stop praising Indian Cricketer Sachin Tendulkar, Taliban warn Pakistani media" made it to all major international and national newspapers, with the usual moral authority that comes with being on the side of the good guys.

Turned out that the intelligensia got it all it so wrong that the Taliban statement came across as superbly nuanced!

The media took one para out of context and missed out on the analogy, exemplified in this last bit:

"This logic certainly opposes reality, just like the example of cricketers I just gave, everyone knows how much it is opposite of reality to not admire the greatest cricketer [Tendulkar]."

Of course, there will be many who would ask: "But haven't the Taliban done so many vile things? They are capable of saying this."

Yes. But there is no ethical reason for those who are 'superior' to mislead. This is not just about what the Taliban says, but how it is perceived in a generally antagonistic Indo-Pak context.

I was particularly struck by the photograph I have used here. It seems to suggest that Sachin is under threat from the Taliban.

It is a little amusing, though, that these guys want to clarify their stand on a cricketer. But, I do sigh in relief that no one has used the done-to-death headline saying that the Taliban bats for Sachin.