Sanjay Dutt and the case for prison reforms 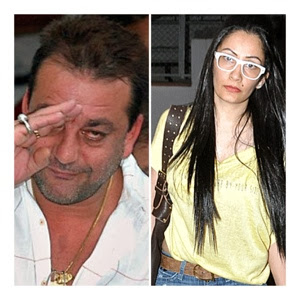 It would not be anything new if I said it is a mockery of the law. This is beyond comprehension. Actor Sanjay Dutt who was jailed for arms possession in the 1993 Mumbai blasts case is to be let out on parole once again on grounds of his wife's ill-health.

The latest report suggests that there are protests outside Yerwada Jail by activists of some political parties. All this happened primarily after some media outlets carried pictures of Maanyata at a film screening and a party last night, which signaled that she was perhaps quite well. The report says a doctor did check on her, and she is suffering from a liver tumour and suspected heart ailment.

How did Sanjay Dutt manage to get a whole month for his wife's ill health? Who decides on the tenure of care that would be required, as an illness has no timeframe, especially if the specifics are not spelled out?

The important questions here are about favouritism and the law. It is obvious that he manages to pull strings and get his way, something denied to others in the same case during the same period.

Zaibunisa Kazi, a woman in her 70s, was denied parole despite her illness. Will Sanjay Dutt stand surety for her? The answer would be: he cannot because he is a convict. Precisely the point. As a convict, how do the authorities take his word?

On the earlier occasion it was his own illness. Aren't prisoners sent to jail doctors? Should there not be adequate checks during his period of furlough to ensure that his health is alright, a mandatory requirement when a prisoner is inside the premises? Jail authorities can be pulled up if there is a problem. What are the standards when a prisoner is on parole? What if he commits suicide? Who will be responsible?

Should we blame the person seeking it or those granting it? If I were a celebrity, then it is possible that I might try and milk my status as much as possible. What is the law for — to play into my whims? Is the law my chattel that I can call upon to do as I will it to?

There is much talk about corruption, but what is going on here is a form of corruption on the part of the police and law agencies. Under pressure state home minister RR Patil passed the buck:

“The parole has been granted by the Divisional Commissioner. We are looking into the matter and have sought documents which formed the basis for allowing his release on parole.”

From the start, this case was in the public eye because the legal system deemed it fit to be seen as proper. To maintain that sense of propriety it sent a bunch of people to jail. Once you take this decision, then at least respect it. If Sanjay Dutt's behaviour is good, what is the aged Zaibunisa Kazi doing that isn't good?

I am all for humane treatment of prisoners, but it should apply across the board. (It was not done while convicting, as we know about ministers who had arms at the time.) If the law too believes it buckled under pressure while sentencing Dutt and a couple of others, then is there room for reopening the cases?

Perhaps it is time to use this instance to discuss prison reforms. Why can we not have a system of a broad-based house arrest, where convicts who are to be trusted can continue to contribute to society while being denied certain privileges? Doing carpentry and cooking may work in the barracks, but prisons can become better places if there are fewer prisoners in them. They can benefit if the 'homed' convicts are made to pay a portion of their earnings to the welfare of prisons. Imagine a Sanjay Dutt contributing, say, 10 per cent of his earnings.

There should certainly be strictures, such as showing up every ten days and filling up a roster, impounding of the passport and whatever identification papers the government deems fit, and the police can conduct surprise checks whenever they wish but accompanied by an appointed ombudsman from an impartial agency. Public appearances in the case of celebrities should not be permitted. Between work and home, the legal system can create a group of individuals who are not merely holed up and then granted special leave that looks like a farce.

If justice is seen to be done, it can be so outside the prison too. As I had written in an earlier piece:

a criminal is not answerable to me or you. The government, the judiciary, the police are. They are public servants. As for the ‘watchdogs’, it would be good for them to remember that those who prefer selective justice are the real anti-social elements.

The same applies to selective treatment of those who have seemingly got their just desserts.